The Teenage Mutant Ninja Turtles have faced enemies old and new over the years, but this June they will have to battle against time itself to save the day! Another great way to celebrate the Turtles’ 30th Anniversary, Turtles In Time is an all-new, essential mini-series for fans who just can’t get enough of the heroes in a half shell.

Traveling to the farthest reaches of the 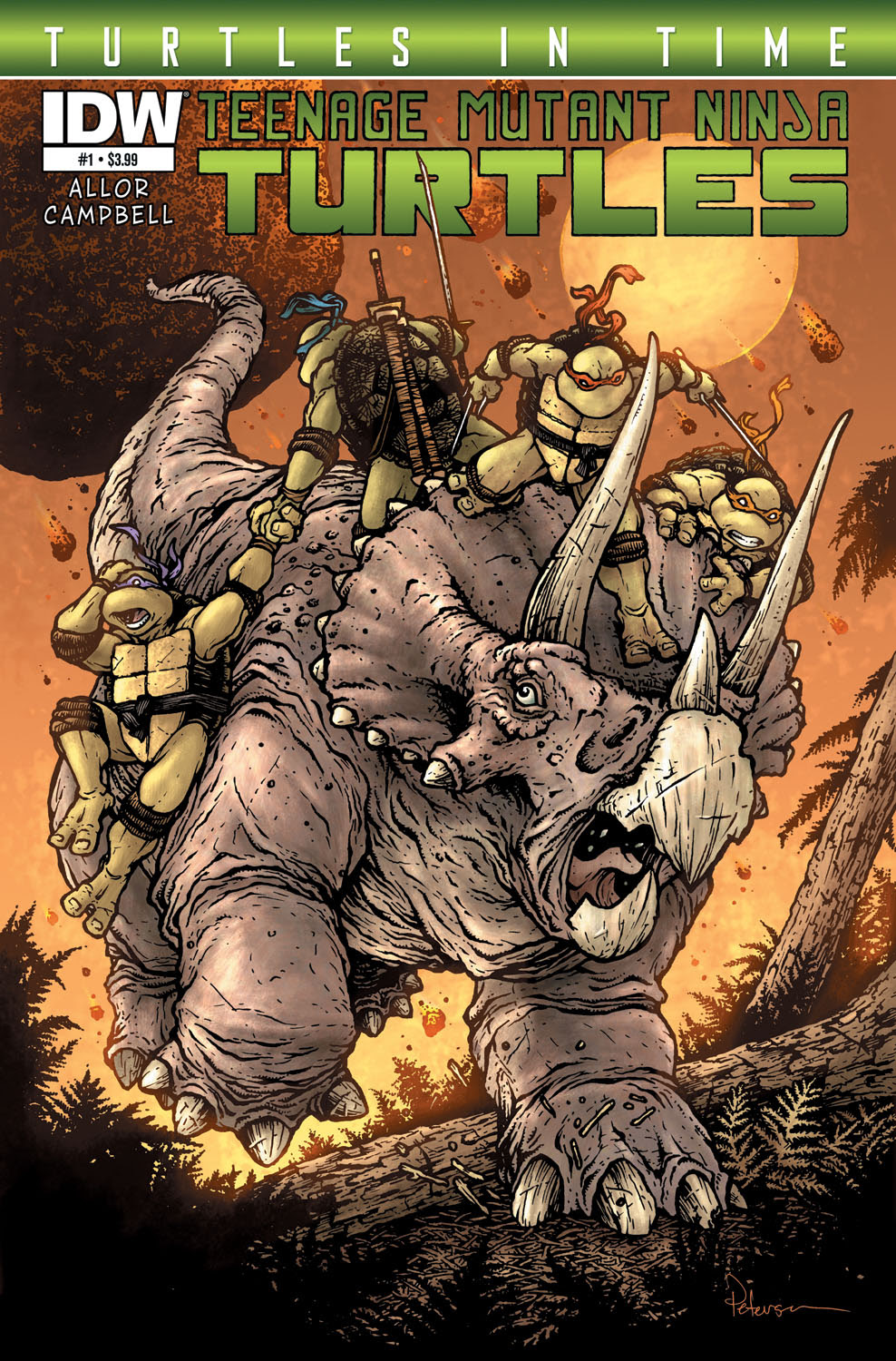 space-time continuum, the Turtles encounter dinosaurs, pirates, samurai warriors — and a bleak future, should they fail on their quest! Written by TMNT scribes Paul Allor (Utrom Empire) and Erik Burnham (Secret History of the Foot Clan), each issue features a time-travelling cover by superstar artist David Petersen (Mouse Guard) and interiors by a rotating lineup of different top artists! Issue #1 kicks off with artwork by fan-favorite Ross Campbell, who will also provide art for the issue’s SUB variant cover.

“I love time travel stories, and I love seeing the Turtles outside of their comfort zone,” says co-writer Burnham. “So basically, this is the most fun I’ve had in the TMNT sandbox yet!”

“I am so excited for this story!” added co-writer Allor. “I’m blown away by the artists we have lined up, and I truly think readers are going to love this wild, rip-roaring journey through time.”

Like the previous IDW mini-series’ before it, Secret History of the Foot Clan and Utrom Empire, Turtles In Time, will offer a unique story that further enriches the continuity, taking fans deeper into the world of the Turtles in a way only IDW can.

Created by Kevin Eastman and Peter Laird, in 1984 the Teenage Mutant Ninja Turtles evolved from a cult-hit to a mega-franchise. Appearing in films, television shows, and video games, the Turtles have become a mainstay of comic book culture. Currently appearing in the hit Nickelodeon animated cartoon,Teenage Mutant Ninja Turtles, they will also star in the upcoming Paramount feature film TMNT, produced by Michael Bay.