Check out http://animemidwest.com/ to register! 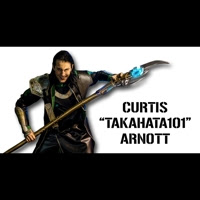 Discovered buried in a block of ice up in the Northwest Territories of North-North America (otherwise known domestically as Canadia), Curtis “Takahata101” Arnott (otherwise known as Internet Hearthrob Takahashi~) was brought into this world with the soul intention of spreading laughter and protecting his heartland. After acclimating to the world of today and putting on his first pair of women’s jeans, he became Captain North-North America (again known domestically as Captain Canadia) and aimed to be a world renowned voice actor, entertainer, and cosplayer! He is currently a co-creator, co-writer and voice actor for Team Four Star, as well as a voice for many other parody series. His most notable roles include Nappa, Bardock and Super Kami Guru, along with many other DragonBall Z Abridged characters, along with Dartz and Krump in YGOTAS. His professional gigs include the Sake Sake monster in the dub of ZETTAI MUTEKI RAJIN-OH and the Soldiers in Dust an Elysian Tail. 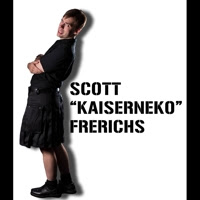 American playboy, industrialist, editor, and thousandaire playboy Scott “KaiserNeko” Frerichs took the internet anime parody landscape by storm in the late 2000s with the premiere of TeamFourStar. After being kidnapped by a group of foreign and domestic terrorists (Curtis Arnott and Nick Landis respectfully) he was forced to develop the project in a cave, with a box of scraps. Over the years, however, he has advanced the production to greater heights than any of them imagined. Besides being a co-founder, co-writer, and editor, he provides the voices for King Kai, Trunks, Burter, Korin ,Yajirobe, Garlic Jr., Zarbon, and various side characters in DBZ Abridged. He’s also provided voices for indie videogame projects and the professional MOBA-game Heroes of Newerth. 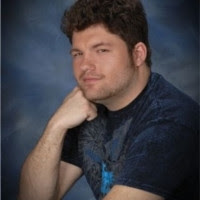 After being forged in Asgard, Nick “Lanipator” Landis was deemed too powerful to be contained! Thus, he was banished to Earth, where he became an Actor/Entertainer destined to make people laugh and fill them with joy. From an early age he honed his vocal skill and acting prowess through many a lesson and play. He would go on to be better known as one of the co-creators co-writers and co-stars of Team Four Star’s Dragon Ball Z Abridged (In which he plays Vegeta, Piccolo, Krillin, Shenron, Mr.Popo and others). He has also lent his vocal talents professionally to MOBA-game Heroes of Newearth. Nick shall continue to refine himself and his craft until he is deemed once again worthy of returning to Asgard under the banner of Lanipathor!