There have been many stories told in the Mars Attacks universe, but possibly never one quite like this. Beginning in May, Chris Ryall and Sam Kieth, the team behind The Hollows, join forces once again to tell the story of Mars Attacks: First Born. 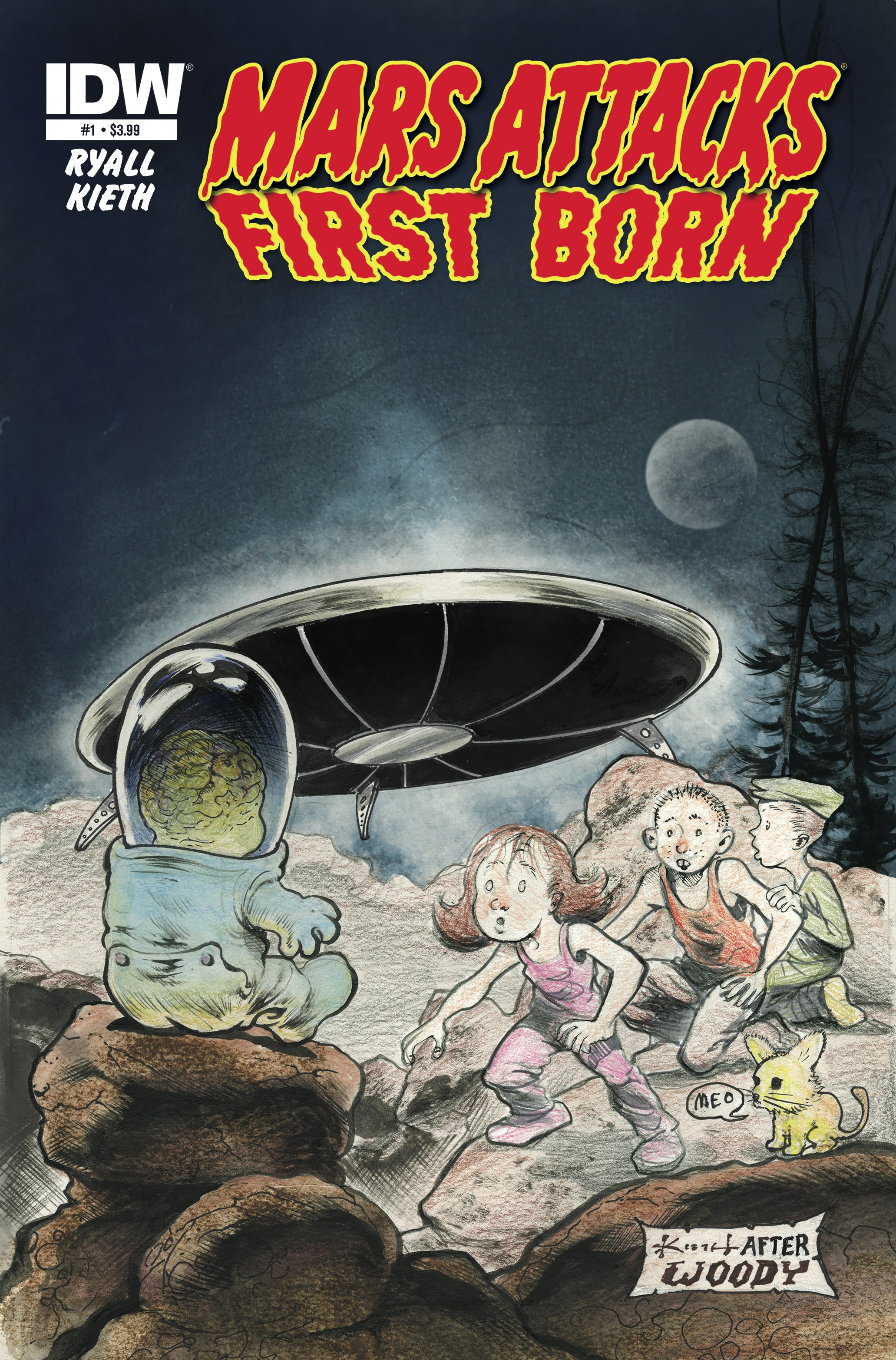 by Ryall from a story co-plotted by Ryall and Kieth, and featuring art and covers by Kieth, tells a deceptively quiet story of the aftereffects of the Martian invasion: in a devastated neighborhood, a few survivors try to rebuild their lives. One of those survivors is an infant Martian, left behind in the attacks. But was she left behind on accident, or as part of a more nefarious plan? Does nature versus nurture apply to horrible invaders from Mars? These are some of the themes being explored in this series. Also: giant bugs.

“This series is a multi-tiered love letter,” said series writer and IDW Chief Creative Officer/Editor-in-Chief Chris Ryall. “Every page shows not only the love Sam and I have for Mars Attacks, but also wild science-fiction tales from the past, the sorts of things Wally Wood drew in the pages of Weird Science-Fantasy and other EC comics. Our adoration of Wally’s work is front and center in this series, but it’s also a great next move for Sam and I after the working relationship we developed on The Hollows. 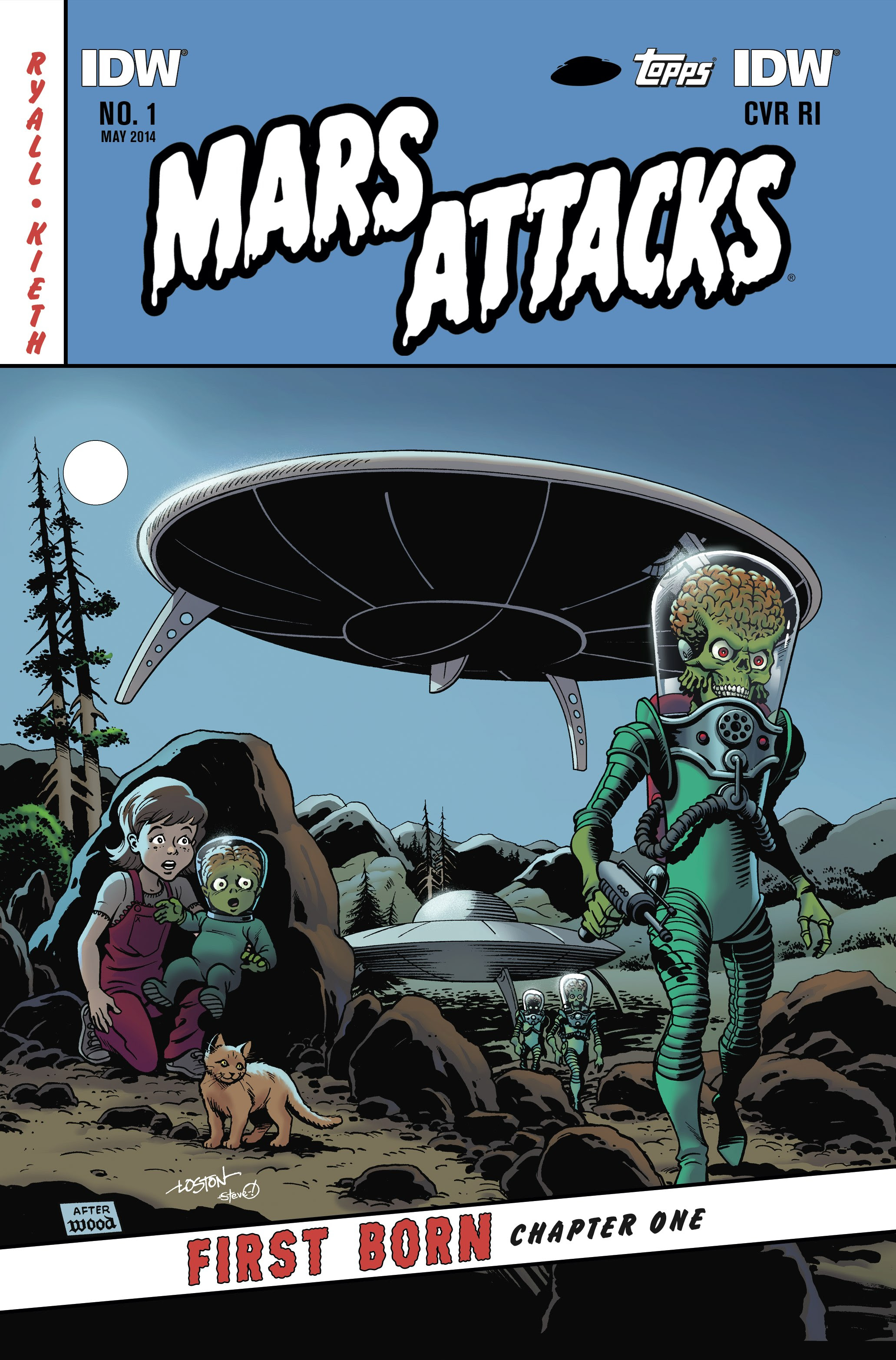 And it surely gives Mars Attacks fans something special, in addition to also giving them some of the wanton carnage and gallows humor they’ve come to expect.”

The influence of classic science-fiction stories of years past extends to the variant covers for each issue, too. Artist Loston Wallace pays homage to classic Wally Wood EC covers in each image he’s creating for the series.

“Sam has been a friend to Topps for more than 20 years, and we’re happy to see him finally put his stamp on Mars Attacks,” says Adam Levine, Topps’ Head of Outbound Licensing. “His wild style and one-of-a-kind sense of storytelling will no doubt bring a fresh take to our classic Martians.”