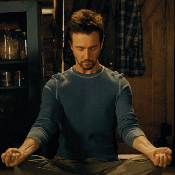 Say what you want about Edward Norton’s portral of Bruce Banner/Hulk, I enjoyed his version much more than I enjoyed Eric Bana in the roll…but I don’t blame Bana for that. I put that POS square on the shoulders of Ang Lee.

This latest HULK debacle started to erupt yesterday when it was announced that Marvel Films is looking for an unknown actor to play the roll of Bruce Banner, and one could guess to do the motion capture for the Hulk, in Joss Whedon’s AVENGERS movie.

At first is was assumed that this was an attempt to keep the budget down on AVENGERS, but it turns out this is a direct response to Norton’s insistence to having a script re-write option in THE INCREDIBLE HULK film.  Marvel has decided that Norton was too much a pain in the butt, and pretty much dis-invited him from the AVENGERS film.

As one would suspect, Ed Norton’s agent put out a response here.