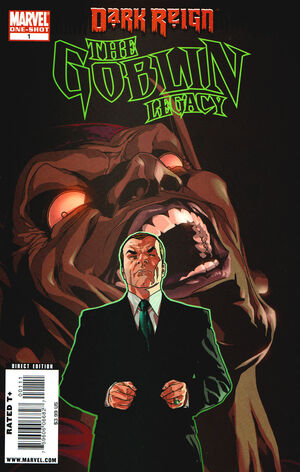 Worst Fleecing –  where did the comic budget go?

Greg – Captain America: Reborn is an extremely boring event book. It’s a one-issue story, maybe 64 pages that gets stretched out to six unsatisfying issues. It’s not a particularly great story. (Time bullets. Really?) It’s also poorly timed: if Captain America comes back, I want to see him beat up Norman Osborn’ Avengers and return the Marvel U to vaguely normal, not sit around for months while the “Siege” storyline takes place and wonder if he should still be Captain America or if Bucky should be the shield bearer. Incredibly unsatisfying and stupid on many levels.

Mike – Dark Reign – Remember when DC had the “Sightings” banner, which meant that there was supposed to be something important in the issue?  And it went away after about two months?  This is how I feel Dark Reign should have gone.  While the concept is cool, it kind of got old.  Evil wins?  Didn’t DC try that recently and and it was a flop?  The true thing that burned me about Dark Reign is ALL the miniseries.  Why could these stories not be contained in the monthly books?  I look at (Dark) Wolverine and I think that is a book that did it right.  They put the story into an existing book rather than another miniseries.  Do we need four Avengers books?  Why not put Nick Fury and his Secret Warriors into on of the monthlies instead of starting a new book?  Bendis has great ability to plan in a large scope and can tell some great stories, but lets bring it back around and start seeing the REAL Avengers get back together and fix the Marvel Universe.

Most Over-Hyped – Turn the channel!

Chris and Neil (Kowabunga comics) – Fall of the Hulks (well, they started over hyping it in 2009, and this way I can vote for it being the worst 2 years in a row as it deserves). Darkest Reign the List still rules!

Greg – The whole Superpowers line from Dynamite. Yes Alex Ross in involved and he’s a huge talent, but the books suck. And even through the mass suckage, they still manage to get premium coverage by Wizard Magazine (who themselves were on the list of Best Fleecing for the year). I admit that I was as excited as the next fanboy who saw that the great Alex Ross was reviving has-been heroes for a new generation. But then I read them and soon realized that there were plenty of other books out there that I could be spending my money on.

Liana (Pop Culture Diva) – I have become utterly exhausted by zombies, vampires, werewolves, zombie vampires, vampire werewolves… half-vampire, werewolf hunters with a zombie sidekick… werewolves in love with vampires fighting zombies… there’s so much overkill with zombies and/or vampires and/or werewolves that it’s actually making me miss pirates.  I know this somewhat contradicts my Blackest Night pick, but Geoff Johns is just that good.

Mike – Norman Osborn – While I truly like what Marvel is doing by showing the inner battle between Norman and the Green Goblin, they have also made him into the Marvel Lex Luthor.  He never before had this conquistador attitude.  He never wanted to dominate the world ala Luthor.  I know he has armor, but Spidey has kicked his tail for around 50 years, just take him out already!

Eric – Toss up between anything Hulk-related and anything Alex Ross-related.

Best Event – How about some good news?

Liana (Pop Culture Diva) – I think I’d have to be completely disingenuous not to say Blackest Night. Although the “we need Black Lanterns” lead-up to it was overlong and painful, the series itself has captured the imagination of such a wide swath of fans that it’s impossible not to give it a nod. Geoff Johns has an uncanny batting average as a writer, and he can take the clunkiest concepts and make them work

Mike – War of Kings – I know most wouldn’t agree with me on this, but the Marvel cosmic saga has been some of the best books on the shelf for the last few years since Annihilation.  The Inhumans, Shi’ar, and Kree are no longer simply supporting characters to the Fantastic Four, X-men, and Avengers, they have enough quality characters that can function on their own away from 616.  The evolution of Darkhawk and Nova to the Inhumans finally showing the universe their true power, War of Kings elevated the cosmic line even higher in my eyes.  I hope Abnett and Lanning have more ideas because these books give you some of the richest stories on the shelves.

Eric – While Blackest Night rocked much harder than I thought it would, I will have to go with Zenescope’s Wonderland trilogy (as yes it did appear in the Grimm Fairy Tales book, making it an “event” Q.E.D.) J

Coming up soon – the last installment of the Pullbox Awards!