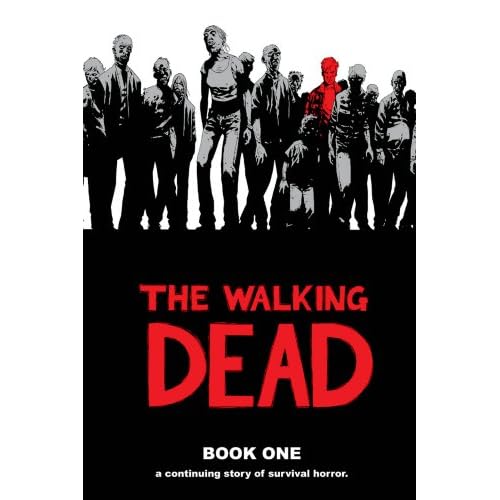 Herc from AICN reports this on The Walking Dead series on AMC.

The funnybook, set in a world overrun by zombies, follows a handful of survivors in search of a safe place to live.

Darabont’s credits as a writer-director include “The Shawshank Redemption,” “The Green Mile” and “The Mist.” AMC is the channel behind “Breaking Bad” and multiple outstanding-drama Emmy winner “Mad Men.”

Patrick Sauriol at Coming Attractions has read the pilot script and says it may be as good as we were all hoping. Excerpt:

So, here is the big question: does Darabont’s Walking Dead pilot have the necessary ingredients to be not just a decent horror TV series but a good drama?

The answer: Yes, it does.

Contained in Darabont’s 60-page pilot script are all the elements to make the show a success. There’s plenty of horror that happens in those 60 pages. The director’s script covers the broad range of the zombie horror emotional spectrum, such as giving us moments of extreme gore (hey, any zombie TV show wouldn’t be a zombie show if it didn’t have folks being munched on!), moments of shock value (hey, you didn’t think that there was a zombie hiding behind that car, did you?) and the moments that I believe are the best indicator that The Walking Dead TV series has what it takes to transcend the boundaries of being simply labelled a horror show, the psychological horror scenes. Those scenes are the hammers that you’re going to remember and the ones that are going to propel this show to be viewed as something more important than just a scary show.

The Walking Dead pilot doesn’t sell out its concept for the sake of finding a wider audience. This is a show set in a world where families have died and the survivors haven’t had the time to cope with their losses, much less come to terms with civilization collapsing around them. Knowing the course that Kirkman’s comic book takes and now after seeing how Darabont’s chose to make the pilot more of a drama than a flat-out horror action show, AMC’s Walking Dead has fantastic potential. The Walking Dead could even do for horror what the new Battlestar Galactica did for science fiction. Cross your fingers and hope that the show comes together as well as it did on the page.

Find all of Coming Attractions’ review of the pilot script (which starts in earnest about six paragraphs in) here.”