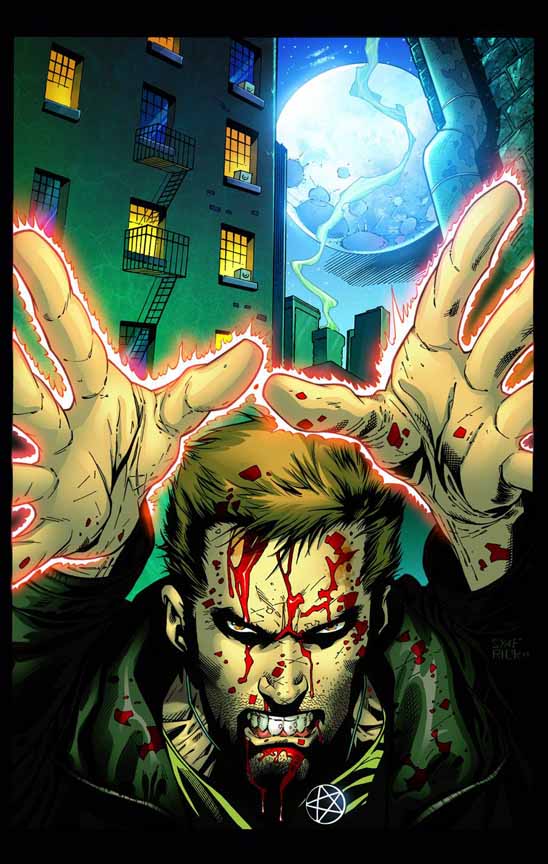 “Long ago, Harry Dresden violated the First Law of Magic. Now any violation could trigger his death sentence. Though it may cost his life, to solve two brutal murders Harry may have no other choice. Overseen by creator Jim Butcher, The Dresden Files: Storm Front brings the first bestselling Dresden Files novel to life. Storm Front is guaranteed to grab readers with a gripping blend of mystery and adventure!”

When I first stared getting interested in Dresden, it was through the SciFi series. It was a fantastic show that I will someday buy on DVD because of how great it was. Then BSG came along and while it’s very awesome, it comes with a huge price tag that forces SciFi to ditch other projects. I digress: My exposure to the TV show attracted me to the comic, which then lead me to the Dresden novels. I know that is a little bass-ackwards, but we each take our own roads to the Tower of Awesome.

I’m very happy to report that Storm Front #3 continues to provide quality story telling to the Dresden universe. The opening scene has Morgan demanding the damnation and execution of Harry, but is denied by the shadow veiled council. This scene, coupled with the scene where Harry is meeting with Murphy, is masterful in letting the reader know that they are looking into a deep world full of history, rules, and secrets. Butcher and Powers have set themselves among the best comic scribes in the business.

The art by Ardian Syaf is breathtaking. My wife, who read the novels first and then the comics, has stated that it’s like Syaf pulled the images out of her head and put them in print. The images add, or just out right create, the mood that permeates the entire book.