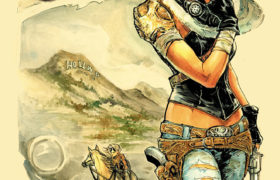 LOLA XOXO #5 (vol 2) Siya Oum – Story & Art The best-selling Aspen series from creator Siya Oum continues! Lola’s plan to recruit the services of the Cannibals to fight against the Suits may have backfired severely, as all the groups in The Wasteland make their motives violently clear—and no one is safe in […] 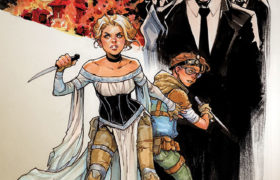 LOLA XOXO #2 vol 2 Siya Oum – Story & Art The best-selling Aspen series from creator Siya Oum returns! Perilous new foes emerge! Lola discovers that her previous treacherous experiences have prepared her for the harsh realities of the world she now occupies—However, nothing can prepare her for the worst dangers that lurk beyond […]

LOLA XOXO #6 Siya Oum – Story & Art Aspen’s newest hit series reached its gripping finale! The pulse-pounding ending to volume one begins here! The Wasteland Trading Company and the merciless Carnies square off in a battle that is a long time coming. However, the results of this fierce bloodbath could put Lola’s fate—as […]