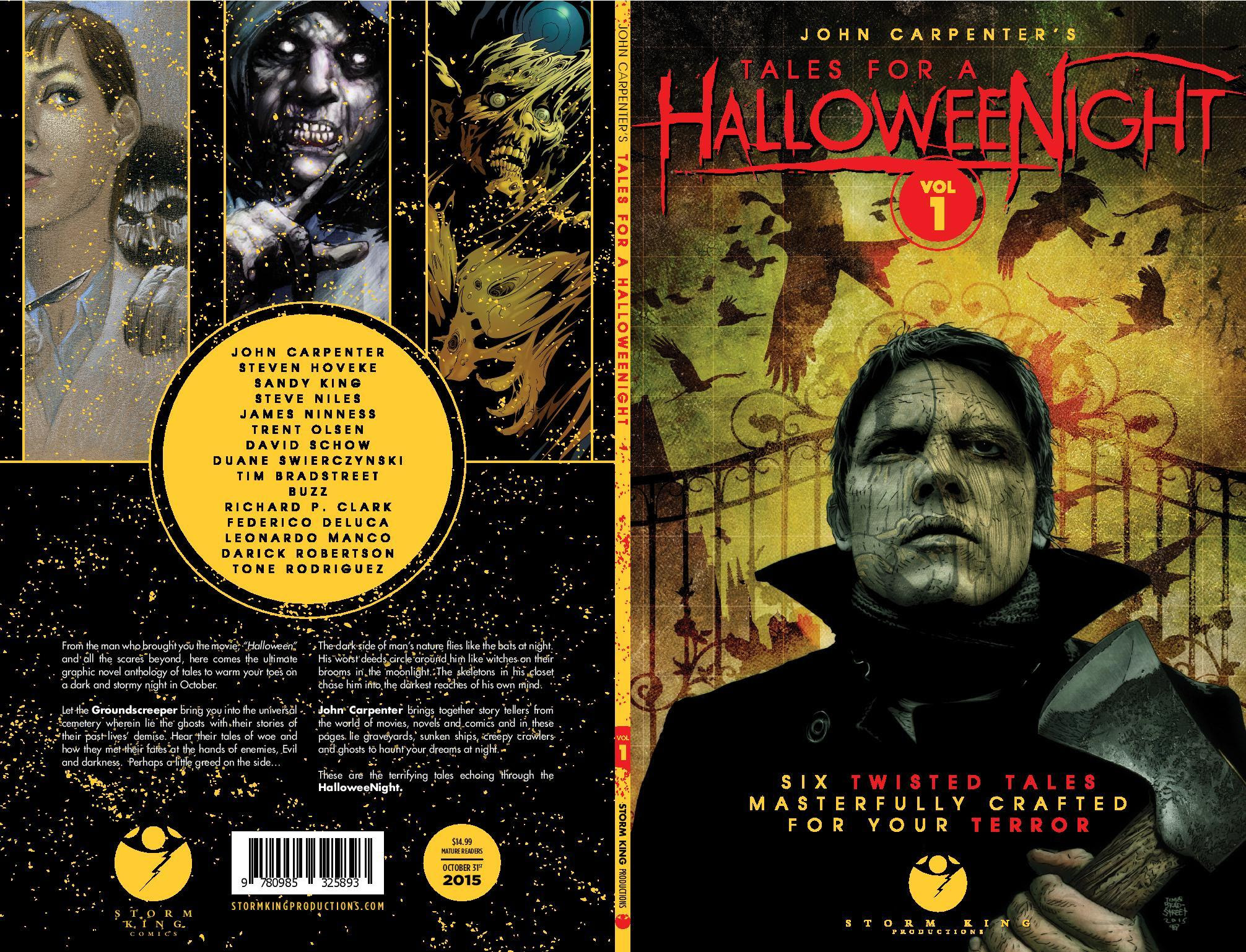 “This project kept growing and growing. The more word spread about the project through the creative community the more talent wanted to be involved. It’s one of those books that you pick up because it’s going to be fun and when you put it down, it’s because you need to turn all the lights in the house on” explained Storm King Comics head Sandy King.

Fans should be able to pick up the title at their local comic shops as well as the Storm King Productions booth at New York Comic Con. The second graphic novel in the Storm King Comic’s series John Carpenter’s Asylum will be out in early 2016.

About John Carpenter’s Tales for a HalloweeNight:
From the man who brought you the movie, “Halloween” and all the scares beyond, here comes the ultimate graphic novel anthology of tales to warm your toes by on a dark and stormy night in October.  Carpenter brings together story tellers from the world of movies, novels and comics and in these pages lie tales of graveyards, sunken ships, creepy crawlers and ghosts to haunt your dreams at night.