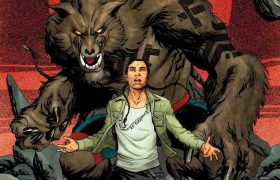 Marvel Announced that Taboo of The Black Eyed Peas will be co-writing a new Marvel comic series this April with Benjamin Jackendoff. The pair previously worked together on a story for MARVEL COMICS 1000 that focused on Red Wolf and will now be teaming up with acclaimed comic artist Scott Eaton on WEREWOLF BY NIGHT. The series […]