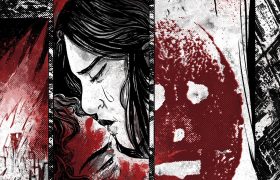 Chicago’s Hardcore Heroes Partner With Famed Comics Writer Shaun Simon This Fall For An Original Story Inspired by Their Newly Released Album LOS ANGELES, CA— Rise Against follows up on their appearance on the comic book soundtrack to DC Comics’ Dark Nights: Death Metal with a graphic novel of their own: Nowhere Generation, to be released by Z2 Comics this […]