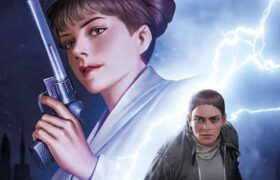 Titan Comics and Alcon Publishing announce that female Blade Runner known as Aahna “Ash” Ashina will be returning in Blade Runner 2039. The 12-issue series will be the final chapter in the decades-spanning saga of this fan favorite, which began in 2019 with Blade Runner 2019 and continued in Blade Runner 2029. Coming to comic shops in December 2022, […]