Tag: Among the Living 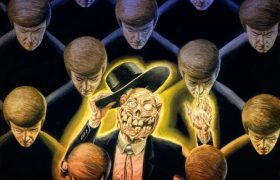 Since the first announcement of the upcoming graphic novel inspired by the titans of thrash metal’s landmark 1987 album, the project has remained one of the most anticipated releases of the year. Today, it is announced that the Among the Living graphic novel will be released in stores everywhere on July 6! In an effort to support […]