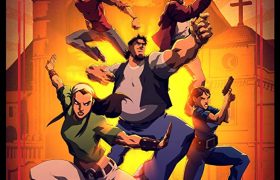 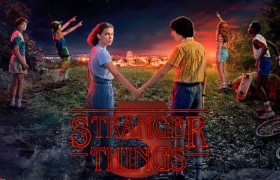 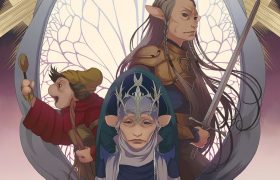 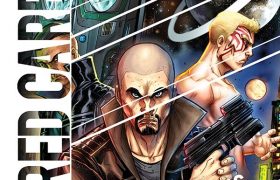 SKU: C1524109673Rating: Teen +Cover: Ferran SellaresWriter: Richard K. Morgan, Rik HoskinArt: Ferran SellaresGenre: Science Fiction, Media Tie-InPublication Date: May 2019Format: SoftcoverPage Count: 128 PagesON SALE DATE: 5/15/2019 In the distant future, the human body is a temporary and interchangeable commodity – if you can pay. For the interstellar elite, bodies are swapped out and reused without a second thought. You never grow old; you never […] 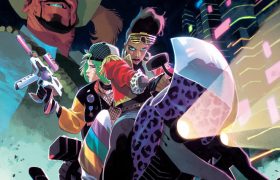 Netflix and Mark Millar announce their latest project created in-house, Space Bandits—a female led sci-fi story, described by Millar as a female Butch Cassidy and the Sundance Kid set in space with a massive and exciting cast of characters. Superstar Artist Matteo Scalera will illustrate the comic-book translation of this original Netflix property, published by […] 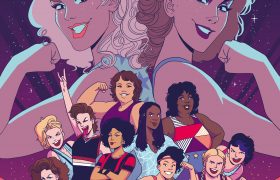 IDW Publishing enters the world of hairspray and headlocks with the announcement of a four-issue comic book miniseries based on GLOW, the acclaimed Netflix Original comedy series. Debuting in March, the GLOW comic is written by Tini Howard (Euthanauts, WWE, Rick & Morty) and drawn by Hannah Templer (Jem and the Holograms: Dimensions). Liz Flahive […] 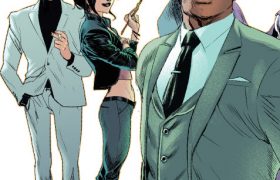 TRIPTYCH COVER WELCOMES NETFLIX’S NEW HIGH-OCTANE ADVENTURE SERIES, PRODIGY, TO MILLARWORLD Image Comics is pleased to exclusively reveal a triptych cover for the forthcoming PRODIGY comic book by Mark Millar (KINGSMAN, THE MAGIC ORDER, Civil War) and illustrated by Rafael Albuquerque (Batman, American Vampire). The series will launch this December from Image Comics and is the latest addition to the Netflix […] 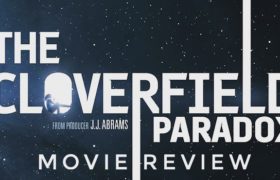 Our resident movie reviewer @caseyjamesss is back with his quick-hit review of the new Netflix movie The Cloverfield Paradox. “Orbiting a planet on the brink of war, scientists test a device to solve an energy crisis and end up face-to-face with a dark alternate reality.” Let me start off by saying I don’t think this is […]

The Deep #1 Kaboom! (Boom! Studios) Written by Tom Taylor Art by James Brouwer Letters by Wolfgang Bylsma Available now! Journey into The Deep with the daring aquanaut family, The Nektons, aboard their state-of-the-art (and oh so shiny) submarine, The Aronnax. When an earthquake off the coast of Greenland leads to strange reports of monster […]

Having managed to binge through the first season of Netflix and Marvel’s second corroborative effort, I realized that there was a lot to take in. Sure, thirteen episodes of a series should carry a lot of baggage and impart a lot of information, but I didn’t realize how many layers Jessica Jones was going to […]