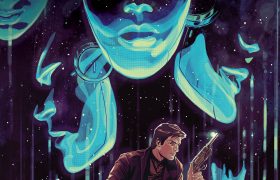 Mal Reynolds is settling in to his new job as sheriff of the entire Georgia space sector in his own inimitable style. Valuing the wide(ish) open sky and the wherewithal to assert his more reasonable brand of frontier justice, the former captain of the smuggling ship Serenity is finding his groove—while his former crew find their own groove in a…less strictly legal capacity. Blue Sun Corp’s engineers, however, have their own ideas…(11/13) 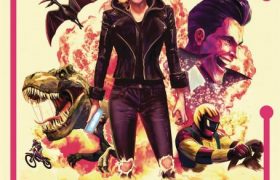 Joines’ premise is an intriguing one: a mysterious, seemingly magic-wielding individual approaches various and sundry individuals, all with significant driving skill and all with a life-altering cross to bear, some source of guilt related to a single event that he offers them the chance to relive and remake…provided they win his race. (12/13)