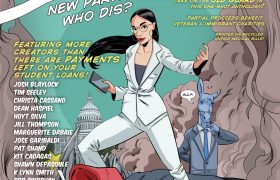 (Rep. Alexandria Ocasio-Cortez has officially responded to the upcoming release of the Devil’s Due commemorative comic depicting her as a Washington-busting superhero. In a conversation with TMZ on Wednesday (video below), the Democratic Congresswoman spoke highly of the project, entitled Alexandria Ocasio-Cortez And The Freshman Force: New Party, Who Dis? Preorders for the comic, which has been grabbing international headlines throughout the week, are now […] 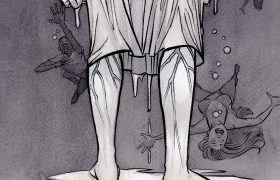 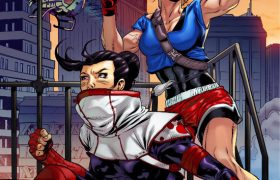 Final Fight #1 Published by: Devil’s Due Comics Writer: Scott Schmidt Art: Brian Atkins Colors: Juancho / Carlos Moreno Double Dragon! Streets of Rage! Final Fight! If you are a man-child of the 80s, the mere mention of these titles make your fingers twitch with excitement. As soon as you flip past the cover, Final […] 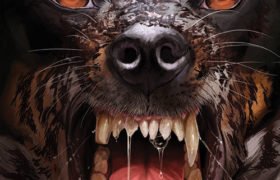 Squarriors, Lord of Gore Return with New Solicitations Originally solicited for 2017, the long-awaited Squarriors: Summer #3 will return to comic shops this March, preceded by the murder mystery-thriller Lord of Gore #4 this February. Squarriors is the tale of warring rodents in a post-apocalyptic, post-human world, with a twist being that humanity’s demise occurred in the 1980s. It […]

Hey there folks! Greg here, and I’m still reeling from my weekend at C2E2. I met a ton of awesome creators, took some great cosplay pics (which you can see here!), and picked up some great comics. One of the things I did get to see was Devil’s Due Entertainment talking about their awesome projects. […] 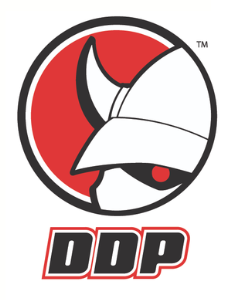