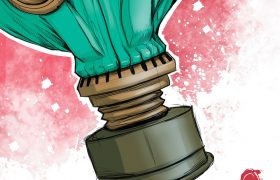 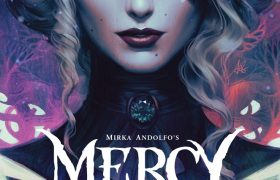 Image Comics is pleased to reveal jaw-dropping alternative covers for Mirka Andolfo’s Mercy #1 featuring artwork by Artgerm and Enrico Marini. This highly anticipated forthcoming six-issue miniseries was recently released in Italy by Panini Comics to breakout critical acclaim and will launch in the United States from Image Comics in March. Mirka Andolfo’s Mercy begins when the placid mining […] 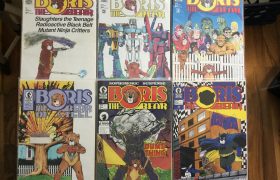 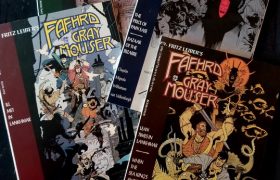 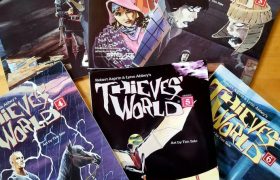 Down from the Bookshelf for review this week is the Thieves’ World Graphic series, the comic adaptation of the Thieves’ World anthology collection by Robert Lynn Asprin, Lynn Abbey and a host of others. Abbey restructured a number of Thieves’ World tales (and wrote a few new ones) for the graphic novel format, and the books were drawn by none other than young and rising (at the time) artist Tim Sale. 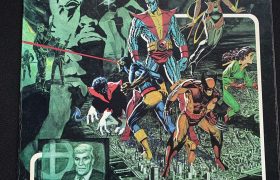 God Loves, Man Kills (1982) Marvel Comics Written by Chris Claremont Illustrated by Brent Anderson Colors by Steve Oliff Letters by Tom Orzechowski The Uncanny X-Men. Magneto, master of magnetism. The bitterest of enemies for years. But now they must join forces against a new adversary who threatens them all and the entire world besides […] 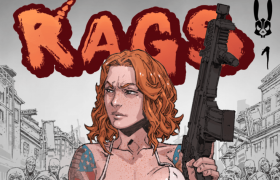 Regina Ragowski (no, “Rags” is not her nickname, it turns out; I suspect it’s the state her life is in) is having a crappy day. Like, really, really crappy. She’s in her birthday suit (other than a pair of service boots, so there’s that), in the midst of the zombie apocalypse. A while back (we find out later), she was beaten and nearly raped, and had what little she had remaining to her in the world, including her engagement ring, taken from her. Before that, she watched her fiancé being eaten alive, largely because she had a tantrum and threw a propane tank through the front windshield of their car. Because she has PTSD, is a Marine combat vet whose discharge was anything but voluntary, and accepts help (or even a kind word) about as well as a rabid Doberman accepts a tummy rub. 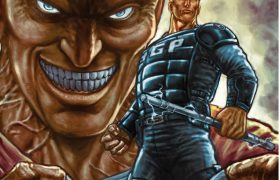 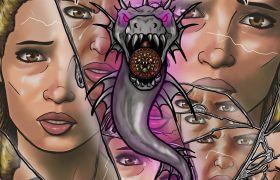 KOGs #3: Until My Darkness Goes, pt 1 Valor Printing Created by Dan DeMille & Rod Jacobsen Written by Lee A. Gooden Layouts by Rod Jacobsen Illustrated, Colored, & Lettered by Dan DeMille The death of Badger has opened up old wounds for the K.O.G.S, leaving them vulnerable for a systematic attack on all levels-physical, […] 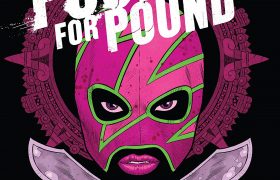 Pound For Pound TKO Studios Written by Natalie Chaidez Illustrated by Andy Belanger Colors by Daniela Miwa Letters by Serge Lapointe Underground MMA fighter Dani Libra fears nothing… except for the recurring blackouts that spark memories of a bloody past. When her sister is kidnapped, Dani must shine a light on the darkness in her own mind, […]