We all fall in love with the cartoons of our childhood. In many ways, they shape and define us… our definition of fun, our sense of right and wrong… the very infrastructure of our play is defined in the stories of these cartoons. There are very few people who have the level of experience that Tom Cook has had as an animator and has impacted as many generations as he had.

Just because you might not know his name, doesn’t mean you haven’t been impacted by Tom Cook… Have you have loved any of the following?: Challenge of the Superfreids, the Smurfs, Godzilla, The Flintstones, Thundarr the Barbarian, Fang Face and Plastic Man, Pacman, Heathcliff, Tarzan, Scooby and Scrappy Doo, Fat Albert and the Cosby Kids, He-Man and the Masters of the Universe, She-Ra Princess of Power, Ghostbusters, Lone Ranger, Zorro, The Kids Super Power Hour with Shazam (Captain Marvel), Bravestarr, PB & J Otter, Duckman, King of the Hill, Savage Dragon, Extreme Ghostbusters, Happily Ever After: Fairy Tales for Every Child… then you have impacted by Mr. Cook (by the way, that list goes on and on)

For all the Pullbox readers, I would like to formally thank creator, artist and animator Tim Cook for taking time to answer our questions. 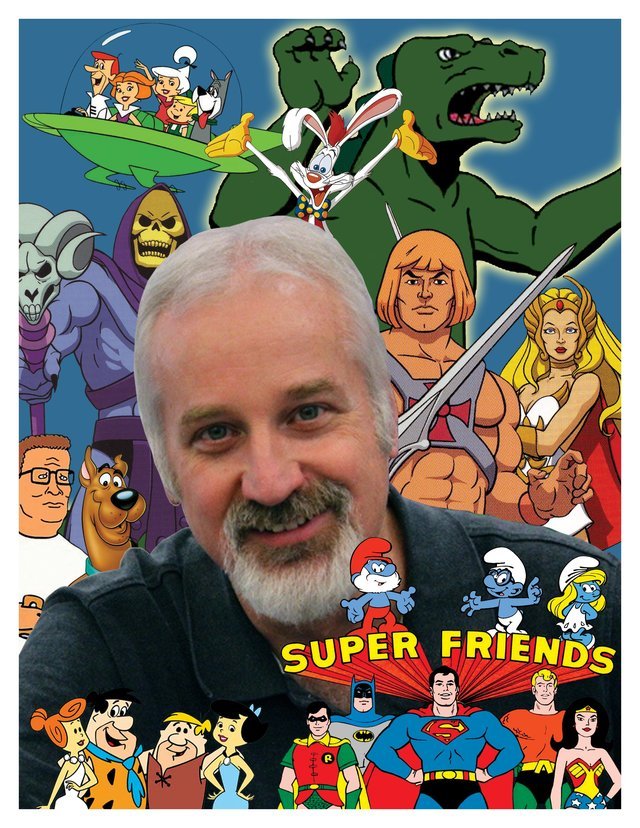 Eric: In your career you must have seen many changes, over the last few decades there has been an artistic shift toward CGI or CGI assisted animation – is this a positive for the audiences?

Tom: I don’t think it is a positive or a negative for the audience because what matters most is the story! While the animation obviously matters you can have a well animated movie that stinks and a not so well animated movie that is great. Rocky and Bullwinkle was a great cartoon but nobody would argue that it is well animated, it was the clever story that made it so good. With the old Warner Brothers cartoons or Tom and Jerry you got both things great and that is what we all really want to see happen, great story and great animation. The biggest negative for me is that all of the character designs are beginning to all look alike. There was a time when you could look at a Disney film and know it was done by Disney but that is no longer the case. Everything is looking the same. Just take a character that has already been designed and modeled in the computer, change their hair style and clothes and you have a new character… but it doesn’t change them enough in my opinion. Drawing styles are varied but so far CG looks like every other CG. All the characters have perfect shadowing, backgrounds are starting to appear so real that they may as well film it in live action. To me the whole idea of a cartoon is for it to be a cartoon and NOT to mimic the real world.

Eric: How about for the artists?

Tom: For the “artists”, and I put artists in quotes for a reason, if you are an amazing artist and animator but you can’t figure out how to use the animation program on a computer then you are taking someone who is a great artist and putting him out of work. I was fortunate that I was working at Microsoft when the program Softimage came out and so I was one of the first animators to learn how to animate in a computer and it was not easy due to limitations of the program, things are much easier now as technology grows! The technology has opened up the field to many people who really can’t draw at all and made it possible for them to get a job animating but at the same time has taken those who can draw and put them out of work. I always compare this to the music industry. It used to be you had to have a strong and “intune” singing voice to be a singer. Now with technology it has made it possible for those who can’t sing at all to auto tune their voice and it makes them sound great. So what this does is it takes those that can really sing but maybe are not the best looking and in shape person and replaces them with the beautiful woman or handsome man, who really doesn’t have the talent of the natural singer, and it makes them into stars… falsely I believe. So on one hand it opens the business to more people but not necessarily more talented people. Could you imagine having “American Idol” back in the early 60s and Bob Dylan comes in for an audition? He would get laughed out of the room and yet he is one of the most important singer songwriters of our time. Because it is important to have a “style” rather than just a great voice in order to keep every artist from sounding just like every other artist so just having a great voice is not the only factor but that is what most of the contestants are judged on. It has gotten so bad, or good depending on your viewpoint, that now you no longer even have to know how to play and instrument… just program the computer and a drum machine and you have a complete song.

Eric: You have worked on many iconic characters, how much autonomy did you have in character design? Was toy design a factor in your artistry?

Tom: We were the animators so all of the characters were designed completely before we got any work. We were the actors… we listened to the voice track, which was recorded first, and then decided how our character was going to move to that voice and what they were saying. This is why the voice is so important because that gives the “actor/animator, the inspiration for the movement we are going to draw and each animator would probably draw it differently just as if you give a few actors a line, they would all act that line differently.

Eric: Did you have a favorite character or series you worked on?

Tom: Thundarr the Barbarian was my favorite show. It was co-created by my hero Jack Kirby and I alway say that if you watched Thundarr… it was your favorite show! 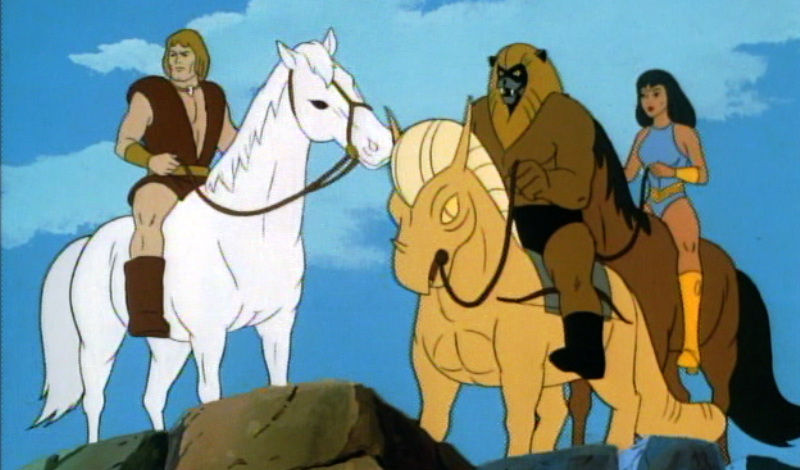 Eric: With all the amazing work being done today in animation for series and games, Is there a company or artist that stands out to you?

Tom: I am not that familiar with the work of today but one standout for me was Pinky and the Brain which was way beyond clever. Action adventure wise it would be the Batman Animated Series. Way back when I was doing Superfriends I suggested that we should design the characters to be more like the old 1940s Fleischer Brothers Superman cartoon (If you have not seen it check it out on youtube). Not as anatomically correct but that would have made them easier and more fun to animate. The rules of Stretch and squash, that is unique to animation, was not possible with characters that were designed so anatomically correct, they would look weird stretching and squashing. Not sure if Bruce Timm heard me or not but he ended up doing just that and it was spectacular.

Eric: What might be one property, character, or group of characters that you would want the chance to work with, but have yet to have the opportunity?

Tom: The only character that I desperately wanted to work on was… Spiderman. That comic is what inspired me to want to learn to draw so it is the reason I had this great career. In the early 1980s a studio called Depatie/Freleng (Pink Panther) was sold to Marvel comics and it was located very close to where I lived so went in and all but begged to work on the Spiderman series but at this point in time all of the animation at all studios with the exception of Filmation was sent overseas so they didn’t have a job for an animator. In 1981 all the studios sent the work overseas with the exception being Filmation. Filmation was the studio of Lou Scheimer and he said he would never send work overseas because this was an American artform and should remain so. As soon as I heard that he had said this I immediately applied at Filmation and it saved my career. I would have had 4 years in the industry and that would have been the end of it. I was not happy that Hanna-Barbera ( the studio I loved) decided to send the work out, betraying all the work we Americans did to make their studio a major success and they just didn’t care that it ruined many a livelihood.

Eric: Any upcoming projects that the readers should know about?

Tom: This is the best project of my life… Retirement 😉 I keep myself busy by doing 20 or so Comic Cons a year and I do commissions for fans of whatever character they would like. In fact if someone would like an original drawing in color or a sketch cover you just need to contact me through my agent and I can do it for you.

Thank you so much for your time!