As the crew learns the shocking truth about the actions of their leaders in the Unification War, they find themselves splintered and more vulnerable than ever to the Unificators . . . and an enemy they never expected. Now, discover the untold origin of their leader Boss Moon as she puts her plan into effect to extract revenge on the two people who ruined her life – Mal and Zoe. 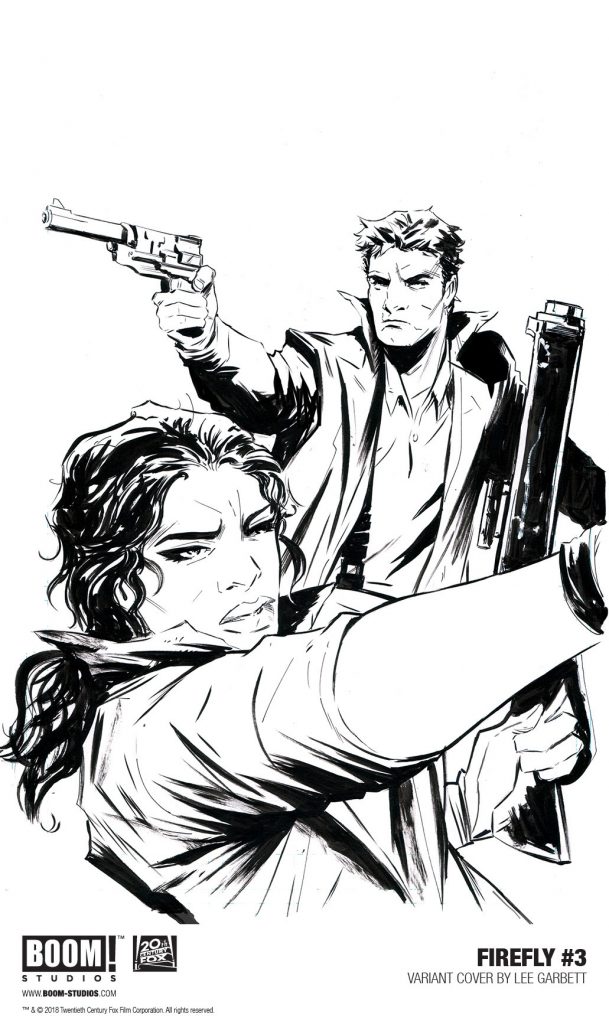 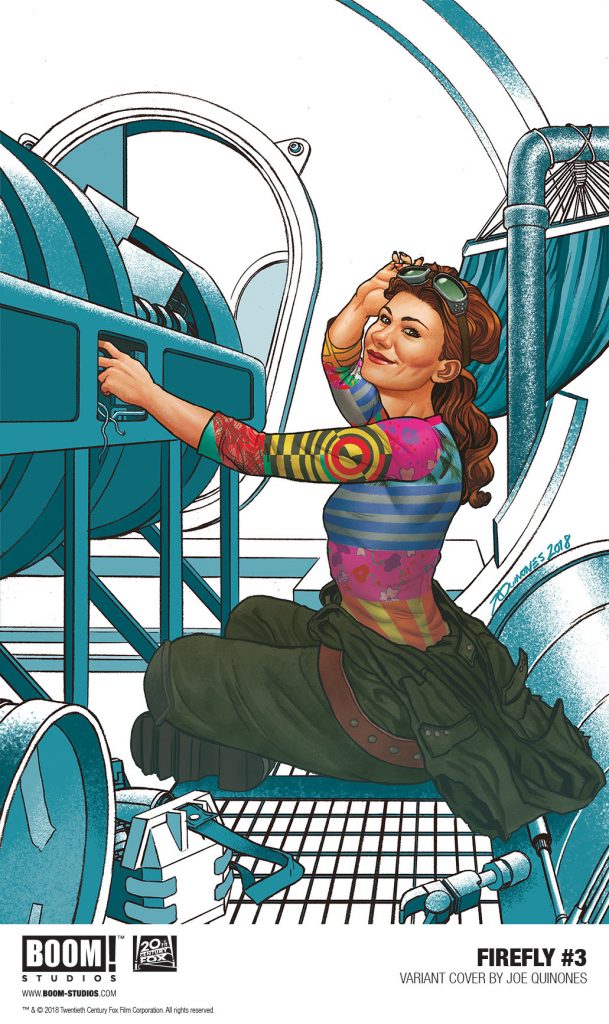 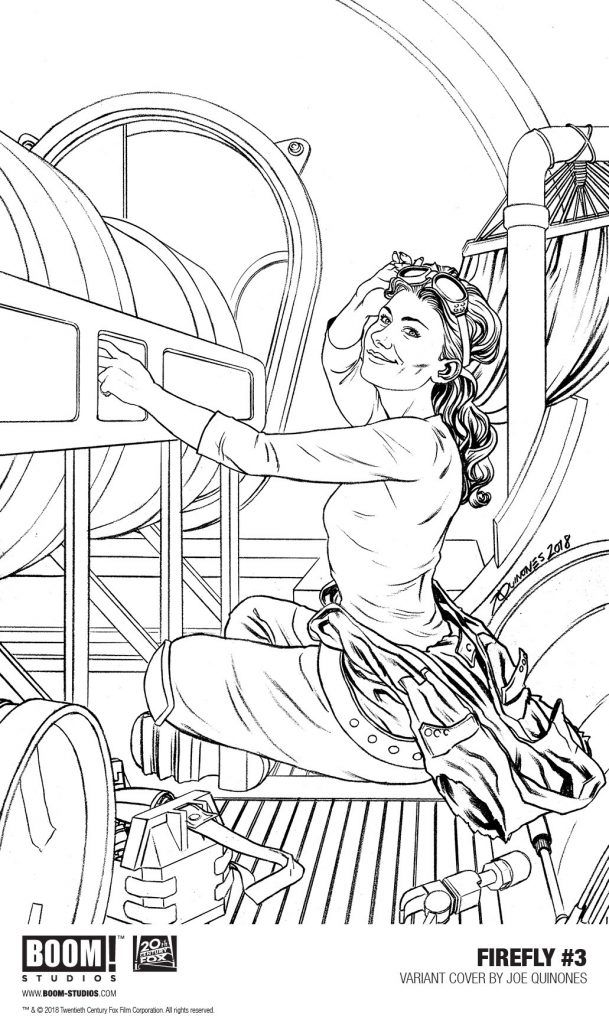 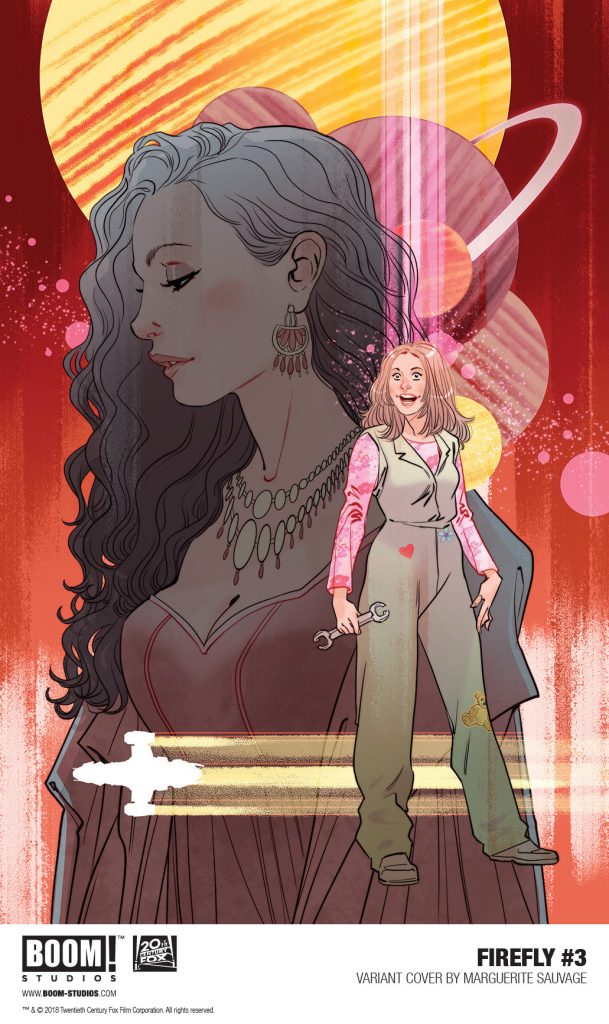 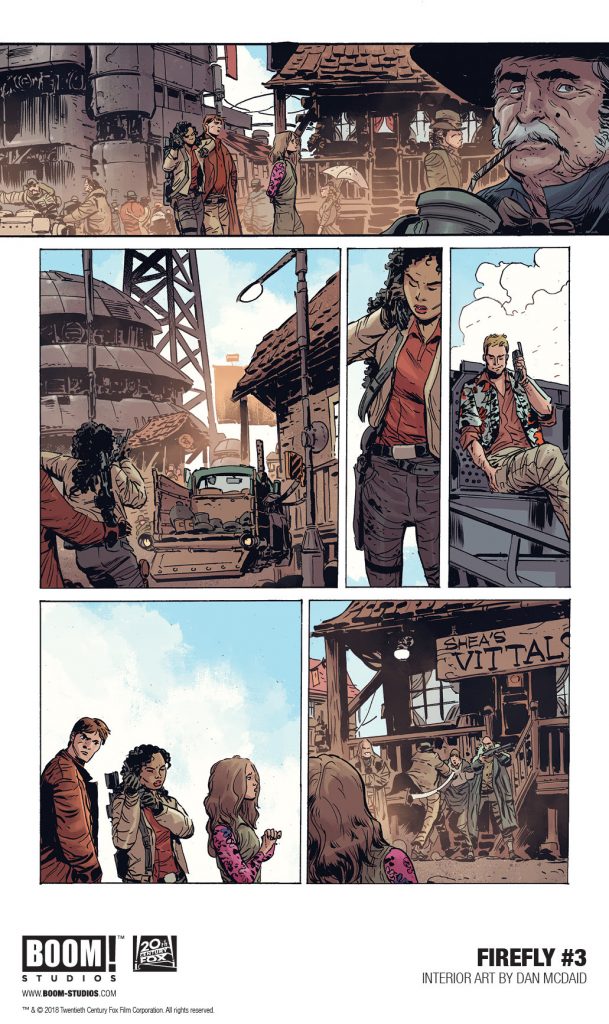 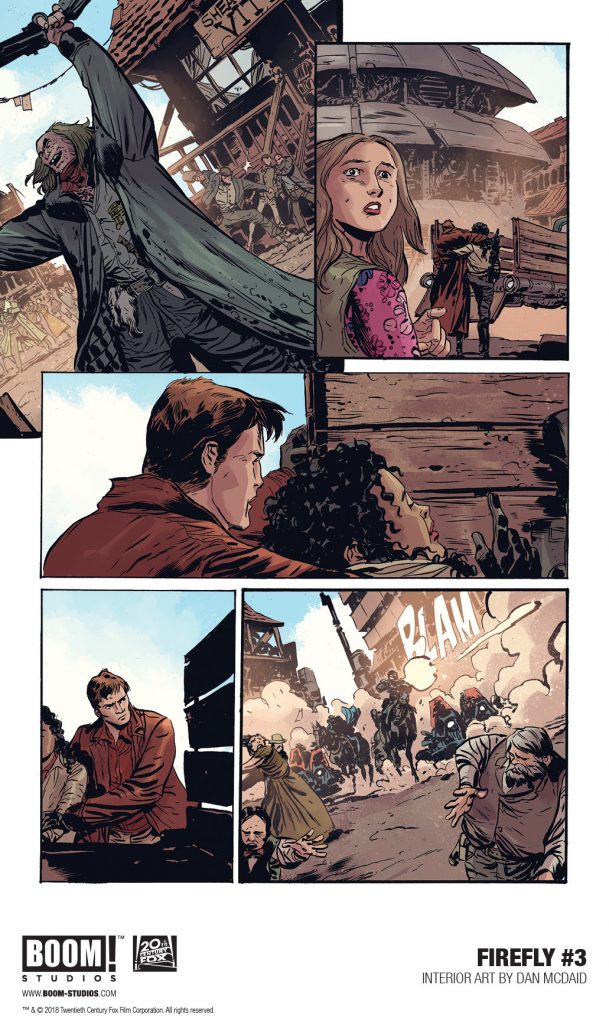 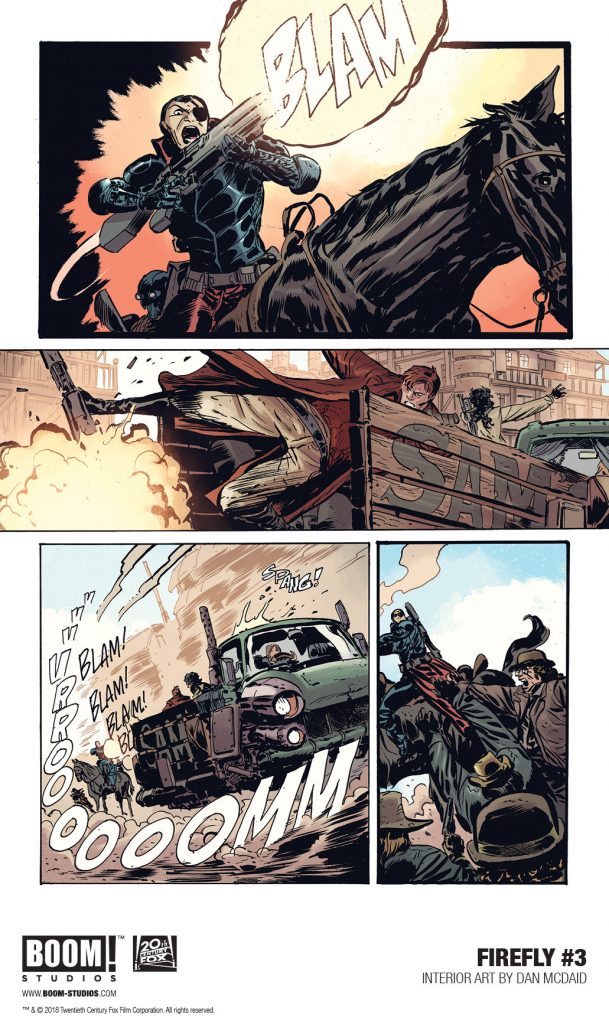 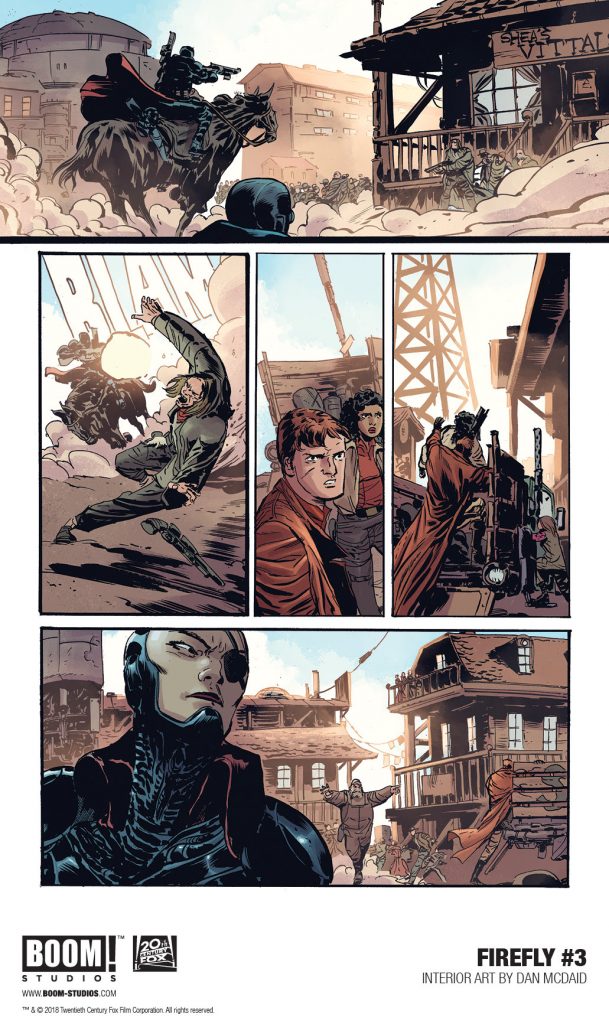 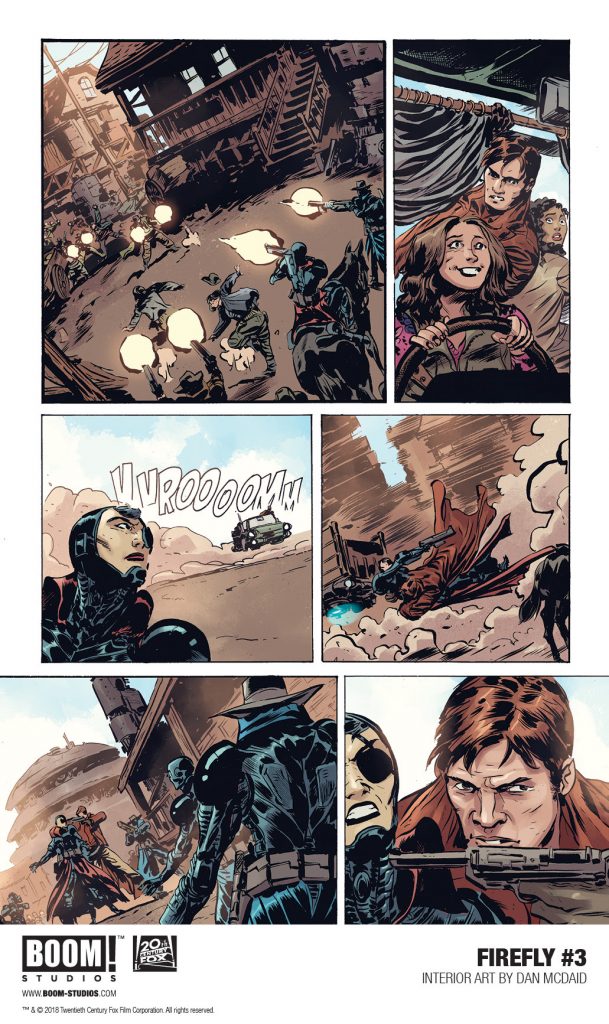 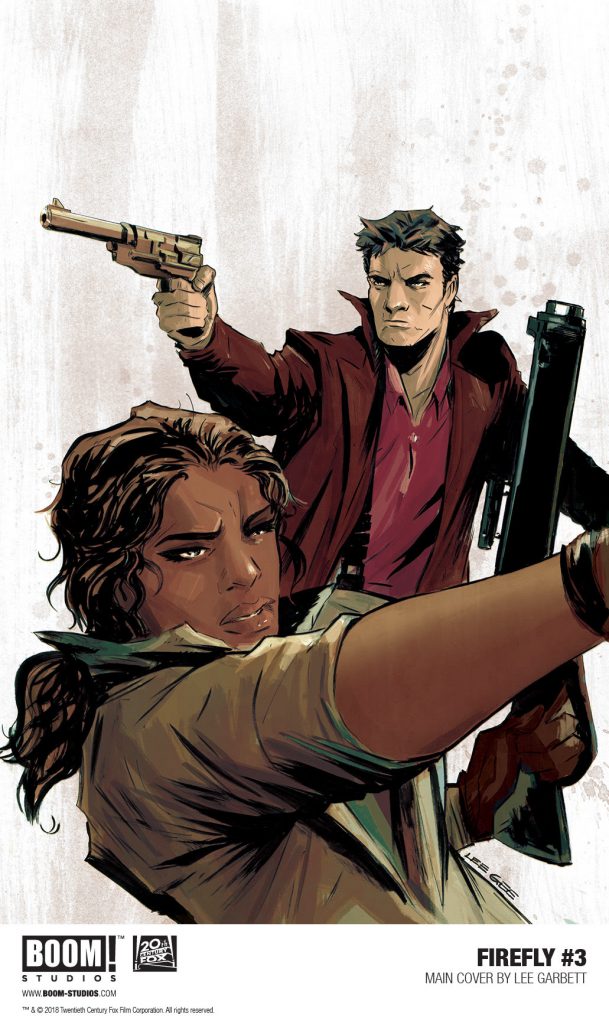 “We’ve always known that Mal and Zoe had to make tough decisions during the Unification war, but Boss Moon is the living embodiment of the consequences. As we learn more about her connection to the captain and his first officer, we’ll also see that sometimes the lines between heroes and villains is even thinner than we ever imagined,” said Jeanine Schaefer, Executive Editor, BOOM! Studios. “Firefly has always explored the nuances of the people we choose as family and how we forgive the past without forgetting it. This is the issue where we’ll see just how strong the bond between the crew really is – and discover more about the past that has defined Mal and Zoe.”

FIREFLY #3 is available January 16th exclusively in comic shops (usecomicshoplocator.com to find the nearest one) or at the BOOM! Studios webstore. Digital copies can be purchased from content providers, including comiXology, iBooks, Google Play, and the BOOM! Studios app.

Available now, Firefly: Legacy Edition Book One collects previously released Serenity comics for the first time under one cover in a new value-priced format as Mal & the crew ride again in these official sequels to the critically acclaimed Firefly television series and Serenity film.

For continuing news on FIREFLY and more from BOOM! Studios, stay tuned to   www.boom-studios.com and follow @boomstudios on Twitter.