BOOM! Studios today revealed a first look at THE AVANT-GUARDS #1, the riveting start to an all-new twelve issue series in January 2019 from writer Carly Usdin (creator of the critically-acclaimed Heavy Vinyl) and artist Noah Hayes (Wet Hot American Summer) where it’s all about finding the courage to shoot your shot. 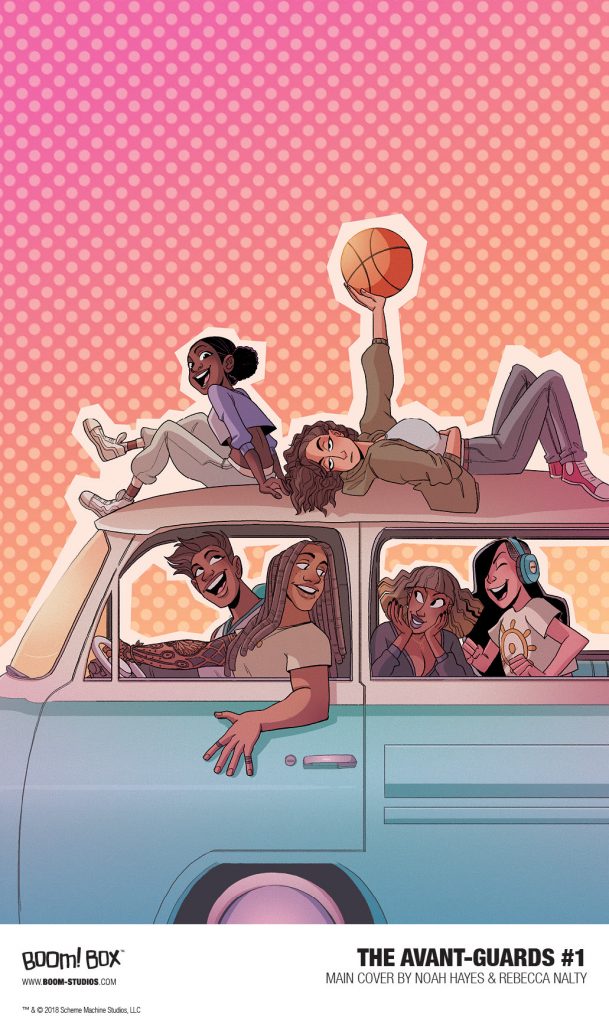 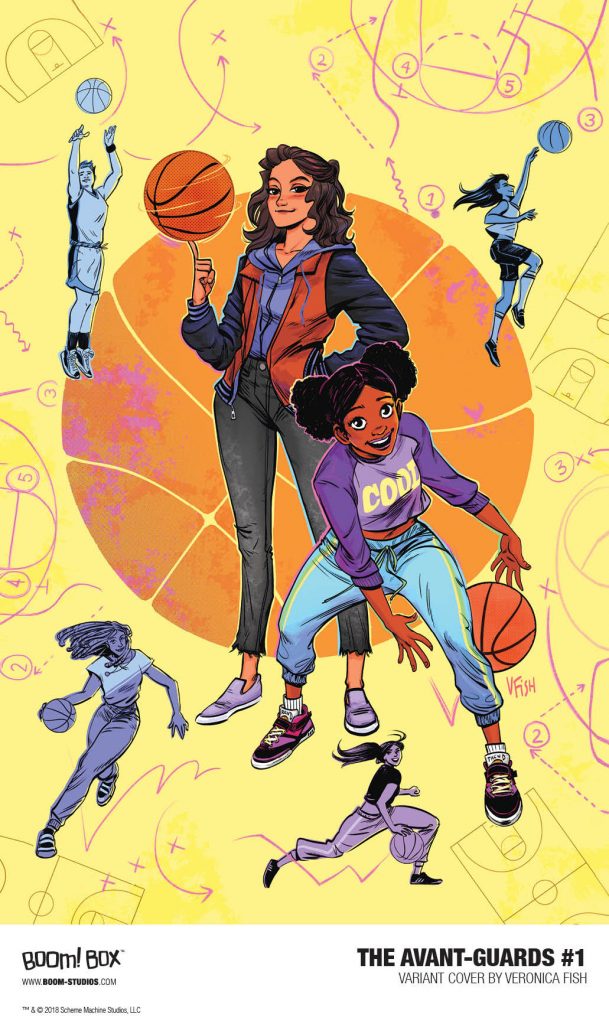 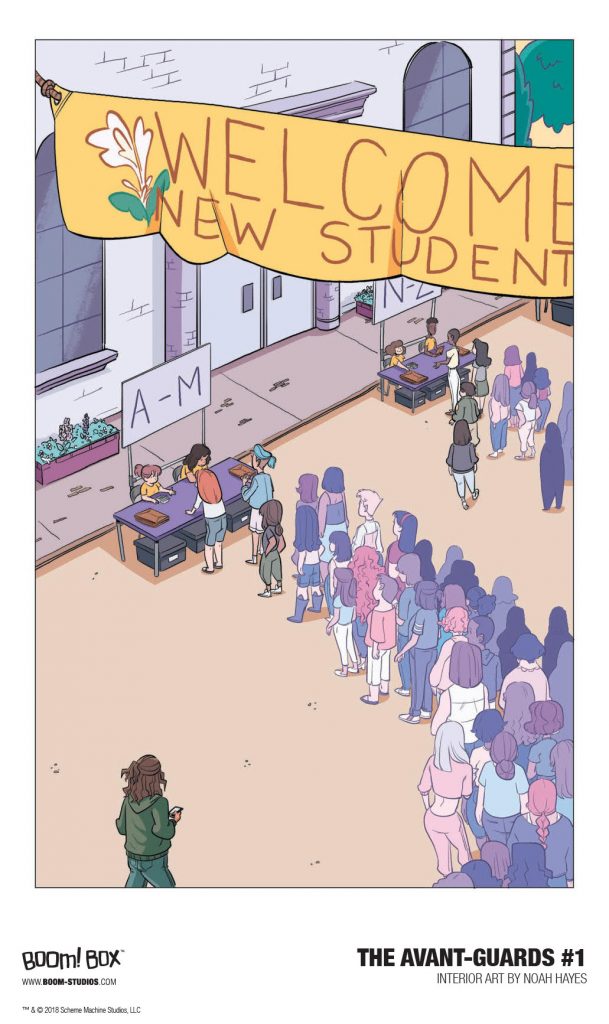 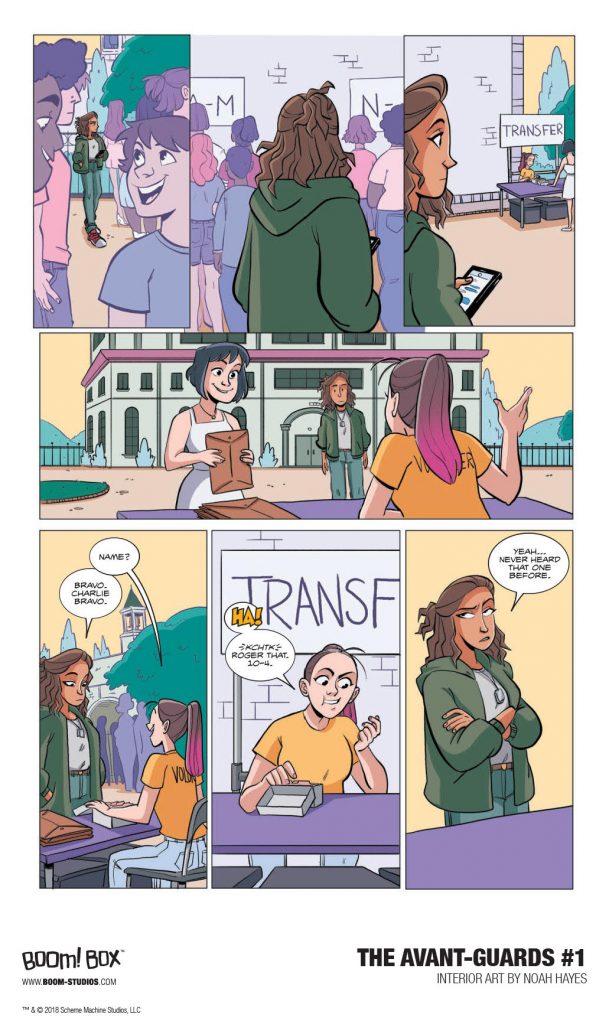 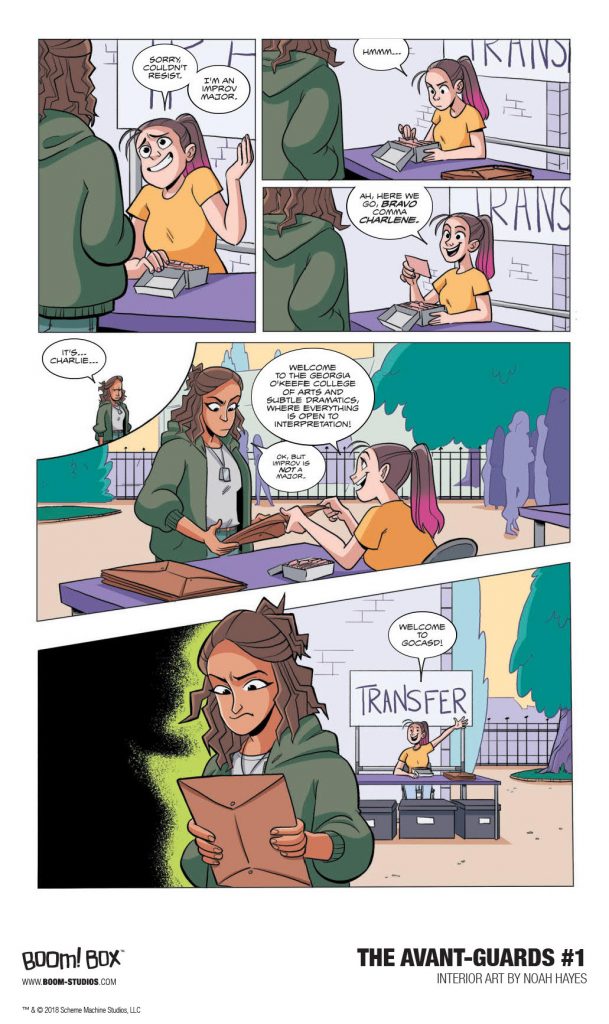 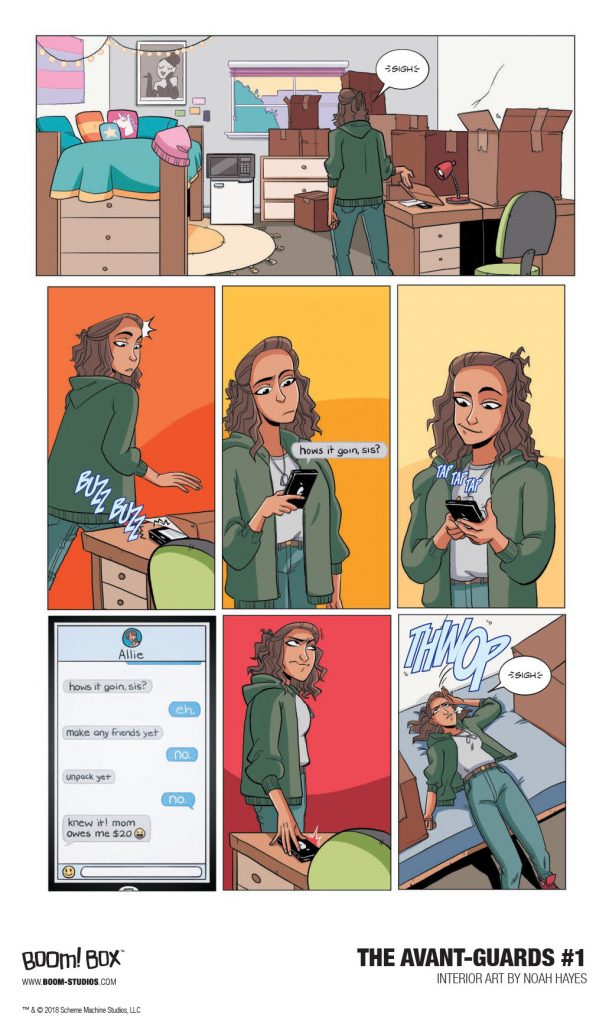 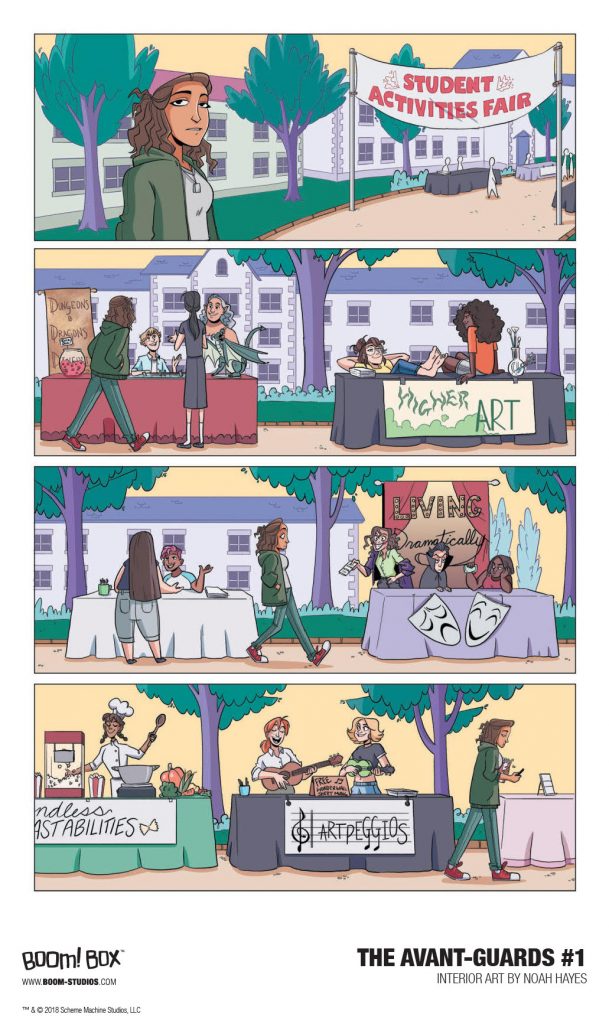 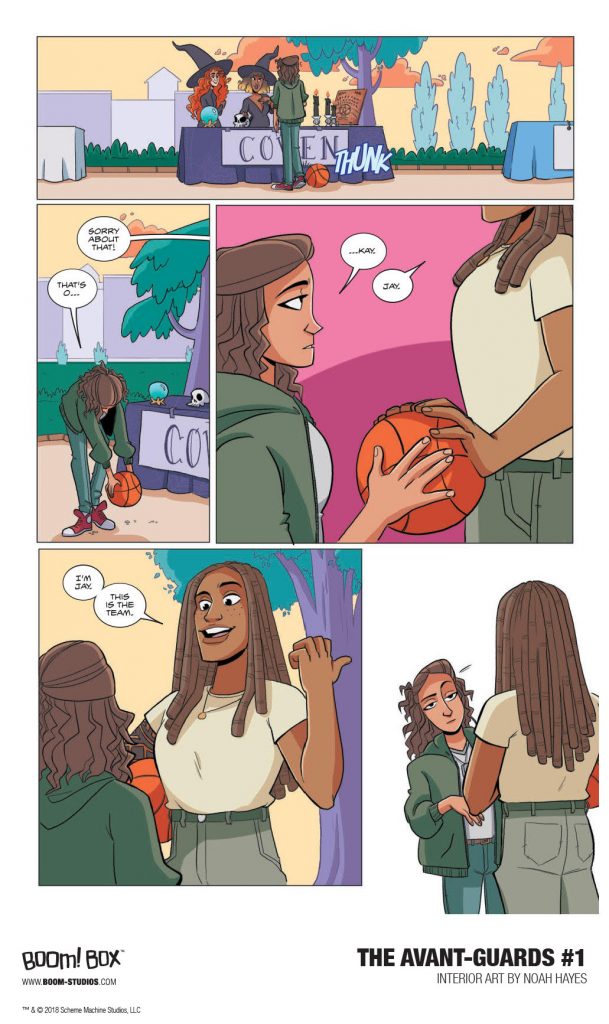 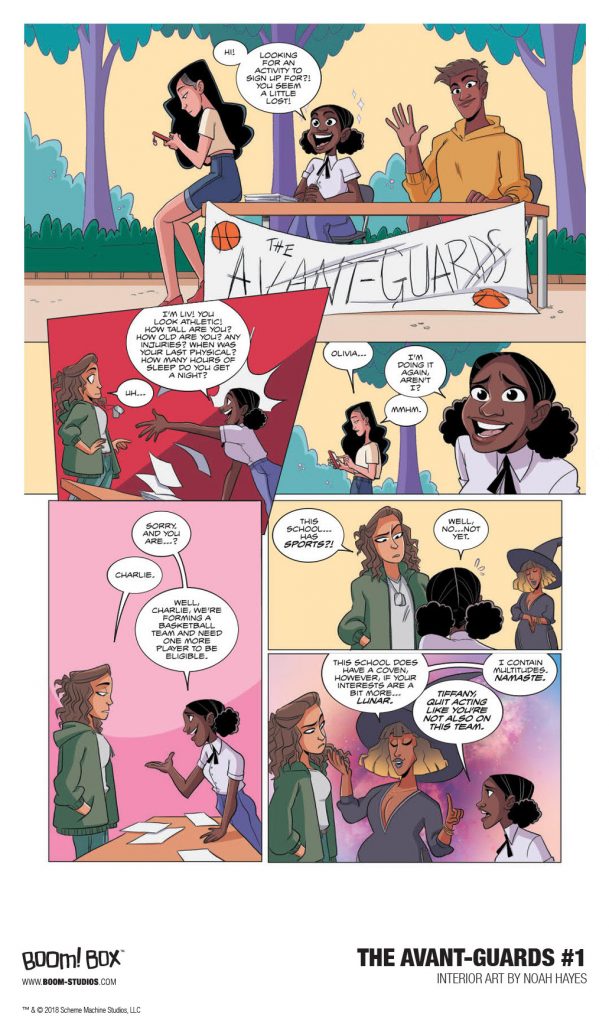 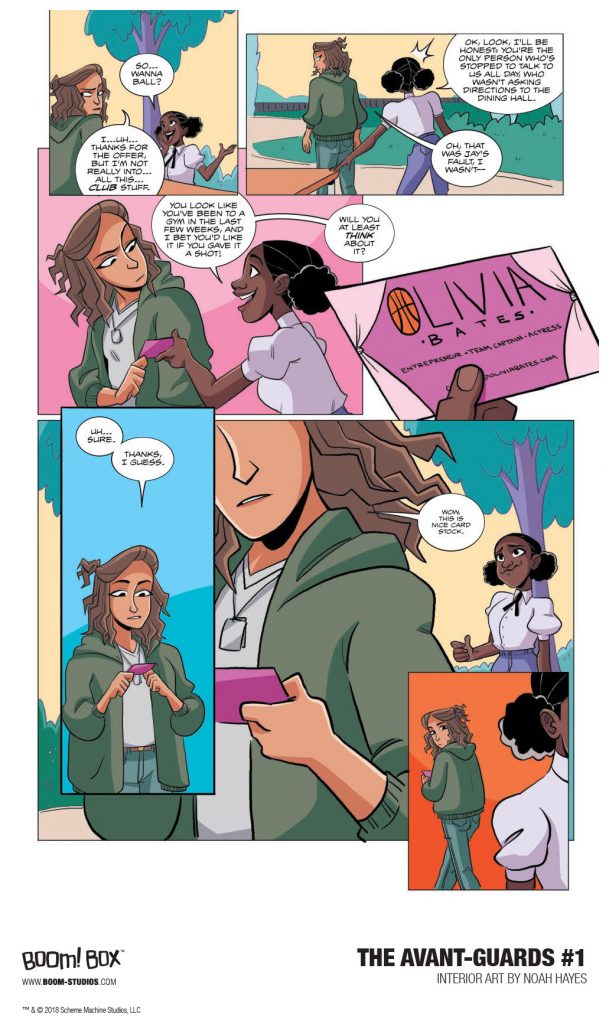 Olivia “Liv” Bates is determined to jump start the first basketball league ever for art colleges, and while the Georgia O’Keeffe College of Arts and Subtle Dramatics isn’t necessarily known for its team sports, she’s got all the missing pieces except one: the final member of her basketball team. Which is where new student Charlie Bravo comes in.

Charlie is a recent transfer to the historic women’s art college and, for some mysterious reason, has decided to leave her glory days as a basketball star behind. If only Liv can convince a reluctant Charlie to lace up her shoes and get back on the court with their ragtag team, her dream of an art school basketball team could come alive! And Charlie might just find the friendship and community she’s looking for at this brand new school.

THE AVANT GUARDS #1 features a main cover by Hayes and a variant cover by Veronica Fish (SLAM!).

“Carly draws on her own love of playing ball to perfectly encapsulate the excitement and tension of bringing together the two worlds of art and sports on the basketball court while Noah’s dynamic designs have us falling in love with each of the misfit members of THE AVANT-GUARDS.” said Shannon Watter, Senior Editor, BOOM! Studios. “We can’t wait for fans to discover the romance, rivalry, and drama at the heart of this team of unlikely sports stars thrown together by friendship and a passion for the game.”

Print copies of THE AVANT-GUARDS #1 will be available for sale on January 23, 2019 at local comic book shops (use comicshoplocator.com to find the nearest one) or at the BOOM! Studios webstore. Digital copies can be purchased from content providers, including comiXology, iBooks, Google Play, and the BOOM! Studios app.

For continuing news on THE AVANT-GUARDS and more from BOOM! Studios, stay tuned to www.boom-studios.com and follow @boomstudios on Twitter.