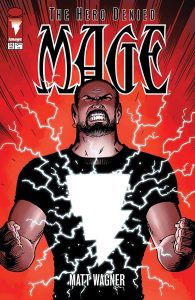 PORTLAND, OR, 11/26/2018 — Image Comics is pleased to announce that long-running, cult-favorite series MAGE by Matt Wagner will feature a special, breathtaking 8-page gatefold in the finale issue of the series, MAGE: THE HERO DENIED #15. This highly collectible issue will bring the series to a stunning conclusion after 35 years of adventure.

First premiering as part of the indie comics boom in the ’80s, MAGE tells the story of the classic Hero’s Journey through the lens of a contemporary setting and as an allegorical autobiography of Wagner himself.

Wagner’s fictional alter-ego, Kevin Matchstick, confronts both supernatural enemies as well as his own humanity in his heroic role—a modern-day incarnation of the legendary Pendragon, wielder of the mystic weapon, Excalibur.

A vanguard of the independent comics movement for decades, Wagner is perhaps best known for his epic crime-and-sci-fi noir narrative, Grendel, but it is in the pages of MAGE that his most personal story comes to fruition.

“MAGE has been an utterly unique and rewarding experience for me,” said Wagner. “I’d like to thank both my new and longtime readers, especially those dedicated fans who have stuck with MAGE through the long gaps between the various books of the trilogy. Your continued interest and passion for this story have always served to inspire me. And I’d also like to thank the entire Image Comics crew in their unfailing support and enthusiasm for seeing this project through to completion.”

It will retail for $7.99 and arrives in stores on Wednesday, February 27th. The final order cutoff deadline for comics retailers is Monday, February 4th.

MAGE: THE HERO DENIED #15 will also be available for purchase across many digital platforms, including the official Image Comics iOS app, Amazon Kindle, Apple Books, comiXology, and Google Play. 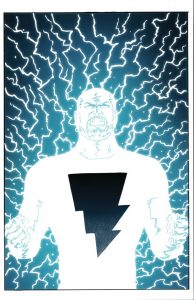