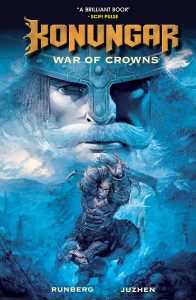 Game of Thrones meets Warcraft in a gorgeously rendered epic fantasy from the writer of Titan’s Millennium saga – Sylvain Runberg!

In the Viking kingdom of Alstavik, civil war rages! Royal brothers Rildrig and Sigvald each claim succession to the throne, but with their people divided, the land is ripe for a Centaur invasion…

Will the warring sons join forces to face the ancient foe of the Vikings, or does Alstavik face certain doom?
———-

I read it, I loved it, I just couldn’t think of anything to really say about it that didn’t sound like the ravings of a lunatic panderer on the hook for a kickback from Titan Comics… Instead, let’s just look at the pretty pictures. This is a solid addition to any bookshelf. 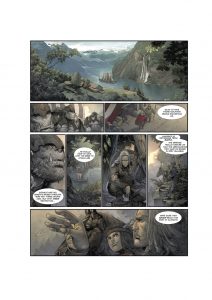 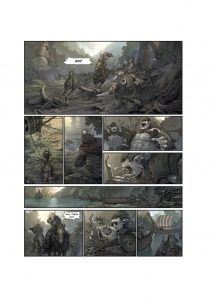 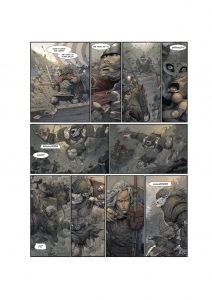 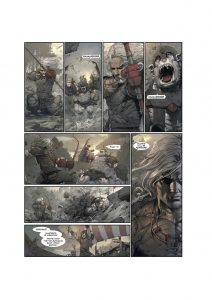 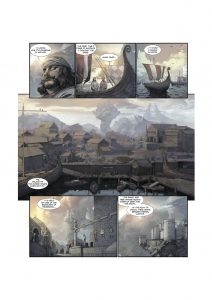 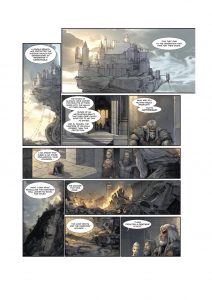 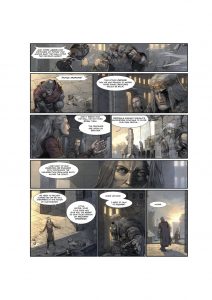 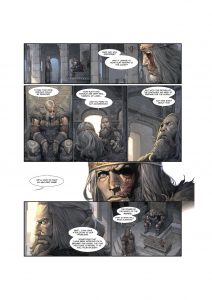