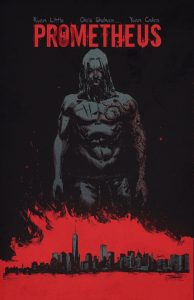 Anyone at all versed in Greek Mythology knows the story of Prometheus, to at least some degree. He was the titan who became fed up with the way the gods kept the knowledge of fire from mankind. Prometheus knew that it was all about control, the Greek pantheon wanting to keep humanity firmly under their thumb and refusing to allow their pawns the independence that the fire’s light would give them.

What some may not get from that story is that it wasn’t just about fire in the literal sense. Sure, people thought it was great that Prometheus gave them the means by which they could keep themselves warm at night, to be able to push the darkness back just a little bit. But by turning the secret of fire loose in the world for all to have did more than any of those very real and practical things. The true secret that was, up to that point horded by the gods alone, was the fire of creation, creativity, and ingenuity. Before Prometheus earned the anger of Zeus and company, we were little more than pets kept and maintained at the whim of a group of powerful, and petty, children.

Read some Greek mythology… the gods really were kind of a bunch of jerks.

The creative collective of Ryan Little, Chris Shehan, and Yuan Cakra have modernized this ages old myth, bringing the newly released Prometheus into the here and now. Freed from his torturous captivity, the titan is interested in seeing what humanity has done with the gift his suffering bought for them. Upon seeing what passes for “creative endeavor” these days- sadly (and maybe a bit ironically, given how some you reading this review might have found your way here) social media playing a much larger role in our daily lives than might be healthy- Prometheus is disgusted.

That society would spend so much time and energy with their heads down, worrying about what’s #cool and who’s trending could only mean one thing: the gods have taken the fire back. Figuring that he’d paid the price for humanity to keep the fire of inventiveness, this idea doesn’t sit well with Prometheus. Now the thinking man’s titan is fighting mad and hades-bent on retrieving that which he believes the gods owe, to him and humanity both.

What follows is a road trip of discovery and “not only, but also” philosophizing, with the occasional bout of fisticuffs to keep the people in the cheap seats entertained. While many of the thoughts put forth by writer Ryan Little may not be new or wholly original, I did get a kick out of the context into which he’s put them. Anyone who spends any time at all on social media, or perusing what all-too-often passes for news (pick your outlet of choice) should be able to recognize the tendency toward moral indignation and/or outrage over items that have been “spun” to fit a chosen narrative. These are not issues that are likely to be resolved by a round or two of “Oh yeah, well you started it!” from either side of a given argument. Our most pressing and urgent problems are going to take some thinking that’s a little more creative than that, and are going to require the involvement of all schools of thought and ideology. In that context, Prometheus’s outrage over humanity’s wasted potential is just about as topical and understandable as could be expected. It isn’t what he suffered for, all those centuries, so he’s pissed off and not gonna take it anymore.

The character designs that very effectively reimagine the familiar Greek gods do a great job of making the story relatable and new. From Apollo’s relatively humbled position as the head of the Dawn Investments firm, to Cerberus being chained up on some deserted island- not a three-headed dog but a man switching between three masks to represent separate and distinct personalities- readers are given fresh points of interest. These designs and settings, as rendered by Chris Shehan and Yuan Cakra, give a nod toward fan favorites like Preacher and American Gods. No fluffy clouds or vaulted auditoriums, these fallen gods populate much more mundane locales, reduced as The Fall left them to near-mortal status.

Prometheus is a more introspective series than may be the norm, as the title character makes his way through the pantheon of Greek myth in his renewed quest for fire. There may be some liberties taken in the narrative, creative leaps of faith left in the hands of the reader to follow the flow without being led by the hand from point to point. It might be off-putting to some, but personally I thought it was a great way to re-introduce situations which have become very familiar over time.

Billed as sort of an urban fantasy John Wick (and is it just me or does Prometheus look a little bit like a scruffy Keanu Reeves?), this indie title is one deserving of attention. If you’re a fan of urban fantasy, Greek mythology, or stories that give you a little more to think about, you should absolutely give this one a try. 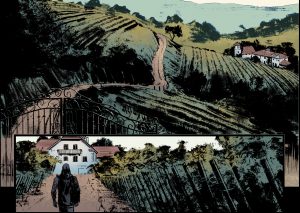 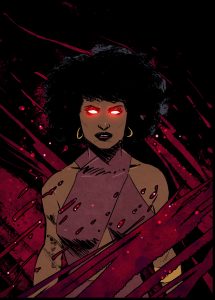 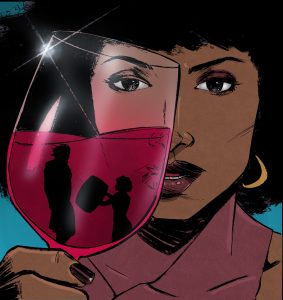 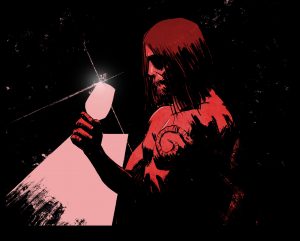 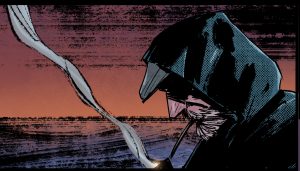 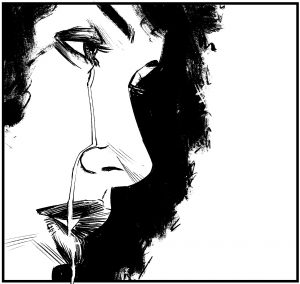