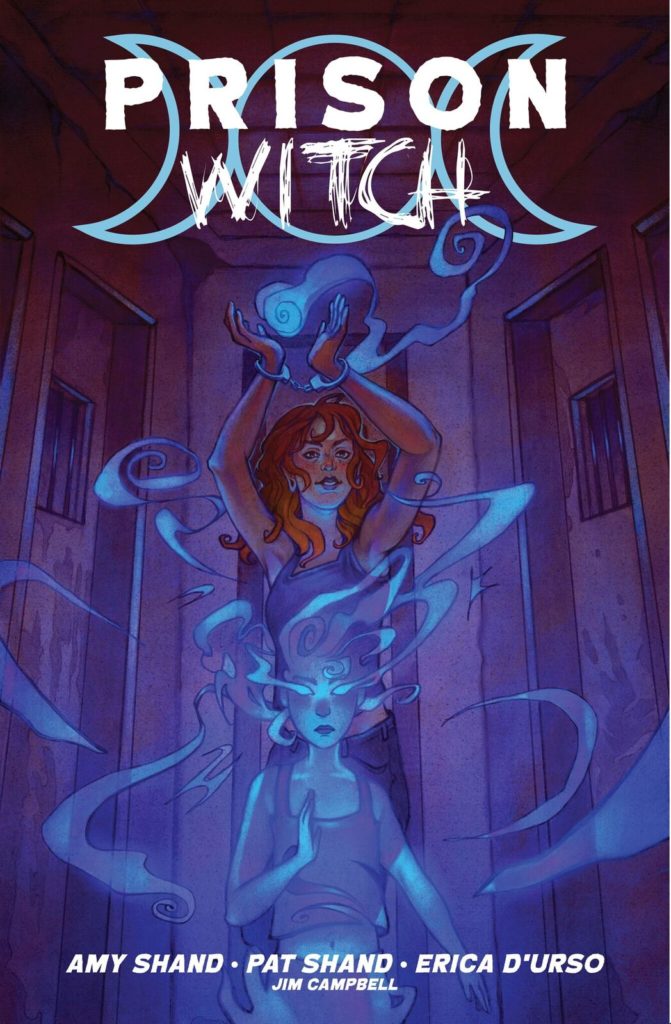 PRISON WITCH, a new graphic novel from Destiny, NY creator Pat Shand and Clonsters creator Amy Shand, has launched on Kickstarter.
PRISON WITCH features two covers, including a standard edition by superstar artist Jenn St-Onge (Bingo Love) and a Kickstarter-exclusive variant by Destiny, NY painter Michelle Lockamy, and introduces interior artist Erica D’Urso in her first major American publication.
Writer Pat Shand (Marvel novelist and creator of Black Mask’s upcoming Breathless) describes PRISON WITCH:
“It’s Orange is the New Black meets The Craft. Cameron Rivers has spent her entire life believing that she is possessed by a demon. The mysterious presence within her manifests as a little girl made of blue fire… and when she appears, nothing can quell her fiery rage. Now, after a violent incident leads to Cam’s arrest, she meets a coven of witches in prison that will open her eyes to a world of magic and mayhem. This new graphic novel is about romance and danger… secrets and spells… and a group of witches that are not to be messed with.”
In addition to the graphic novel, Space Between Entertainment is offering merchandise including a bookmark, a signed bookplate, handcrafted incense holders, PRISON WITCH-themed modeling photos, personalized letters handwritten to backers in the voices of the characters, the opportunity to be drawn into the book, art commissions, and more.
The Kickstarter campaign is live at:
https://www.kickstarter.com/projects/248241887/prison-witch-a-graphic-novel-about-magic-love-and 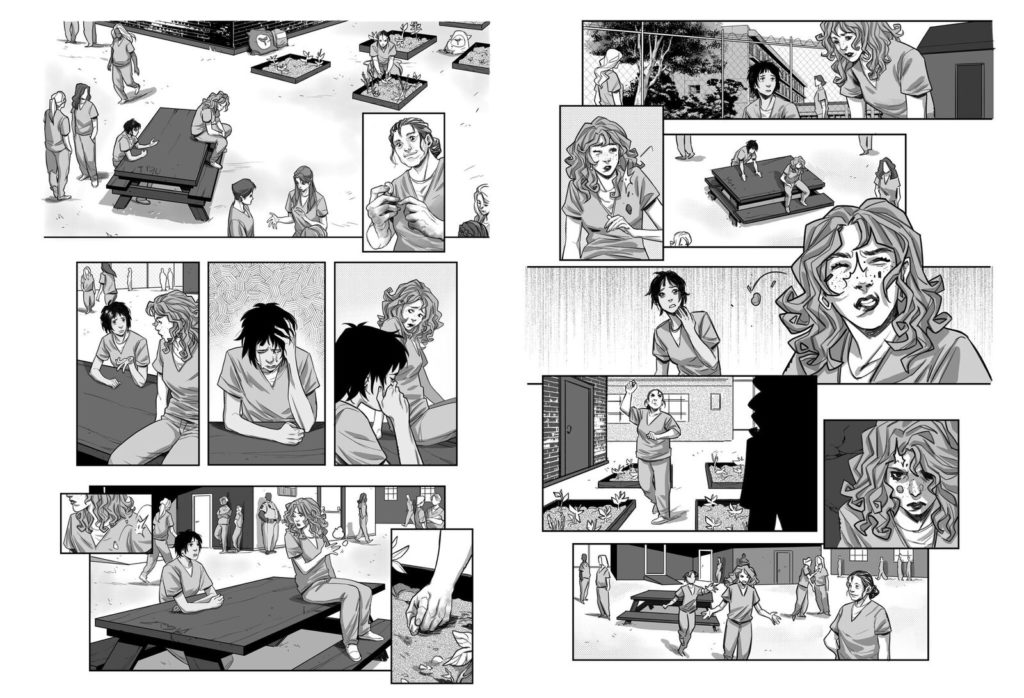 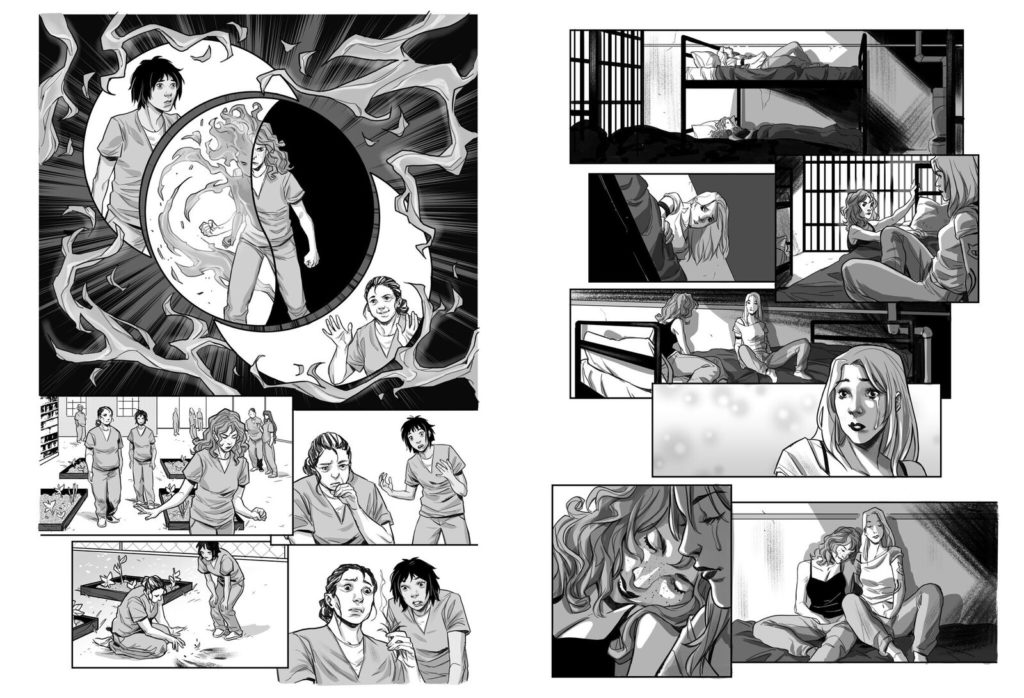 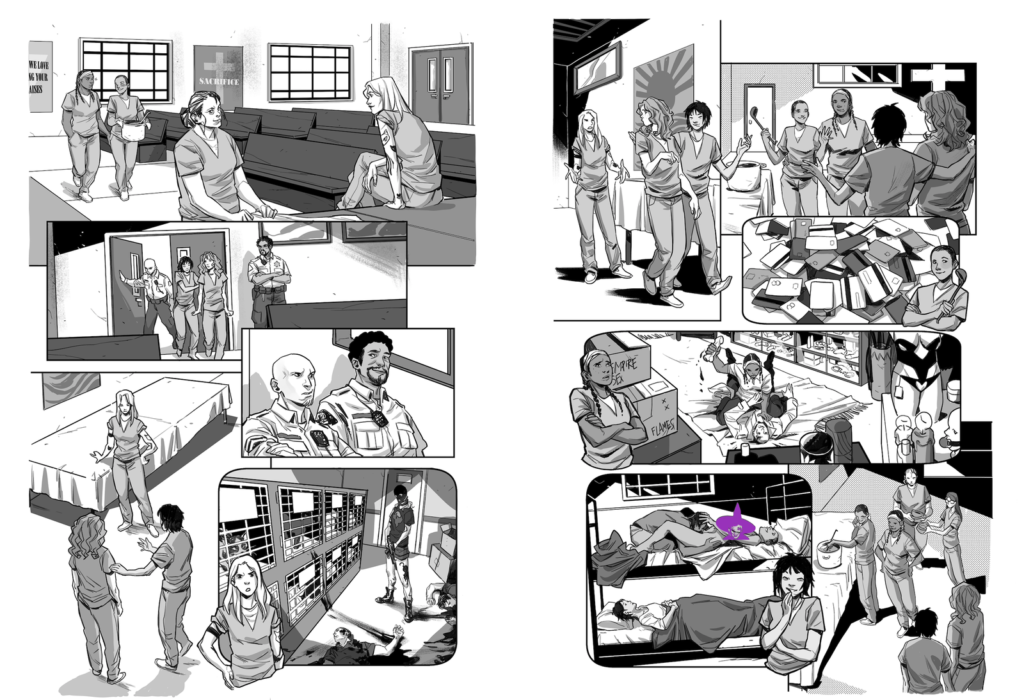 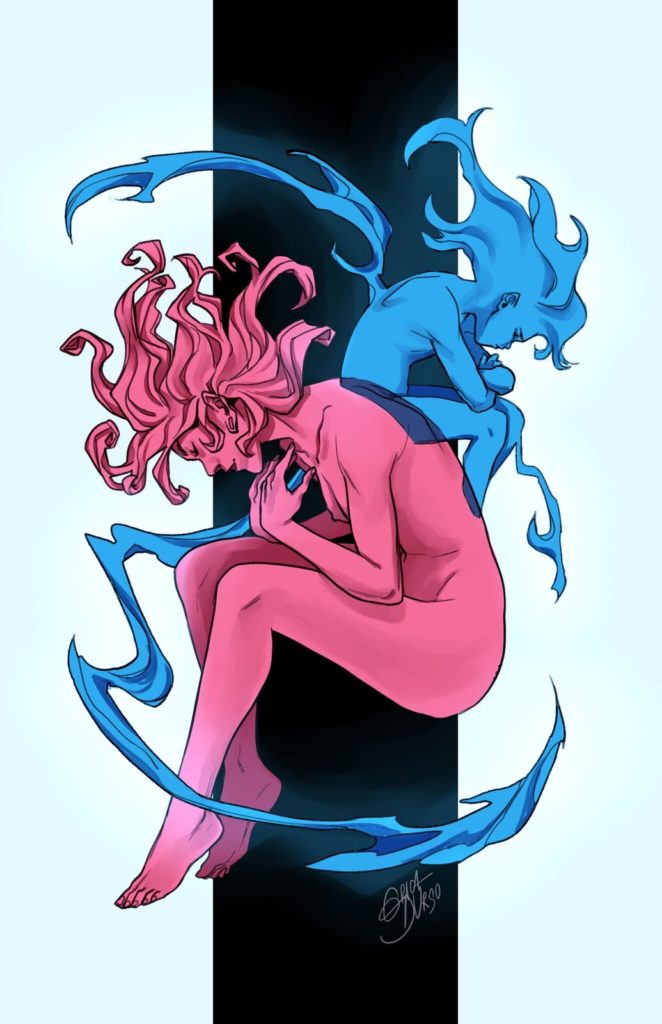 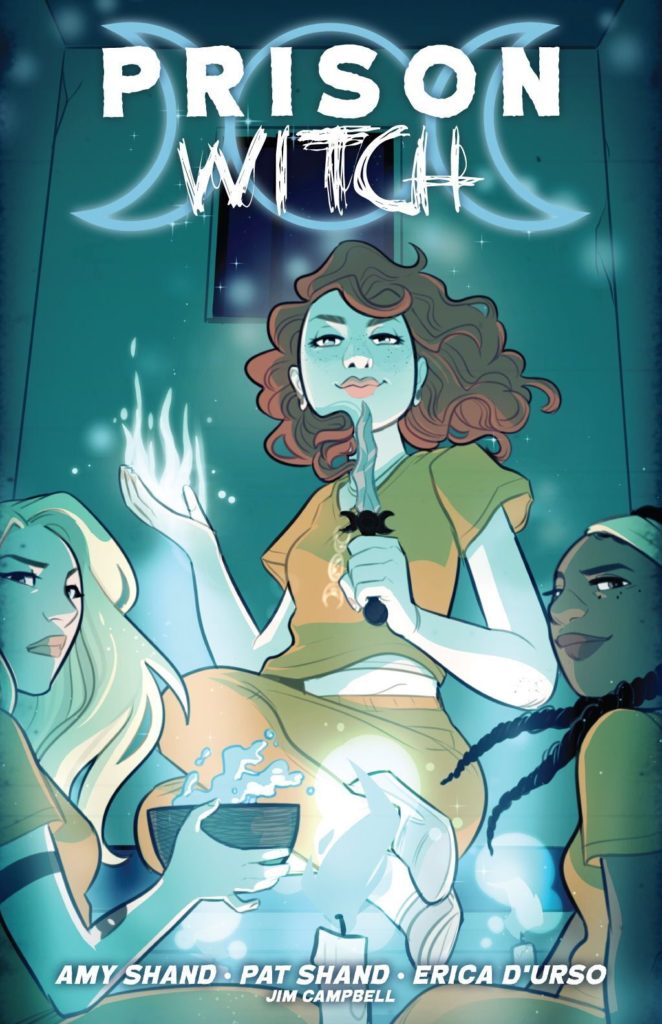 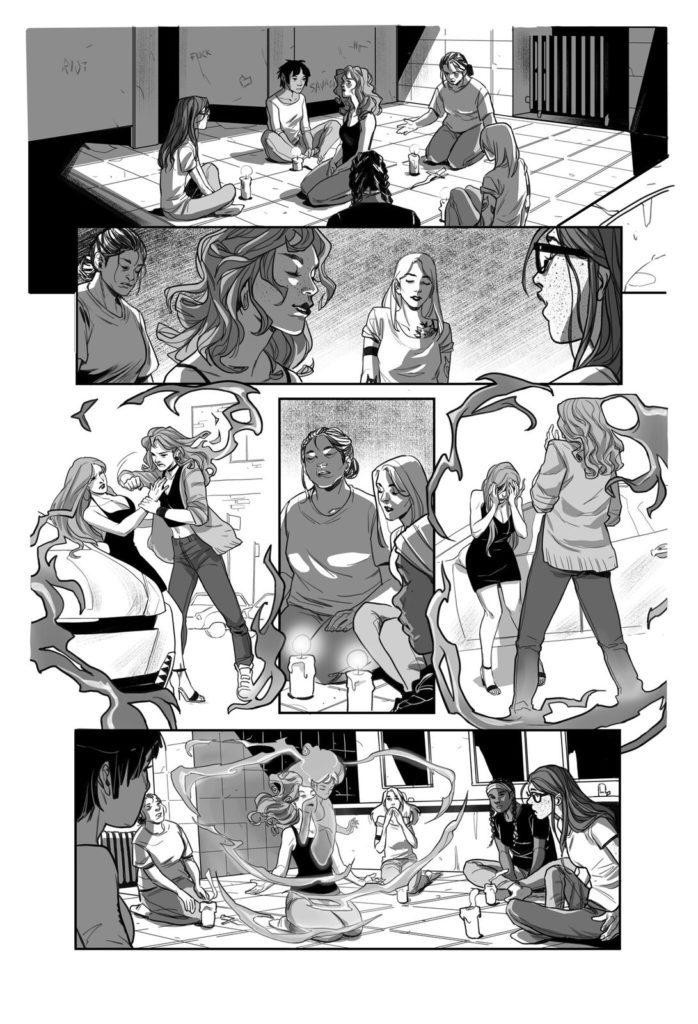