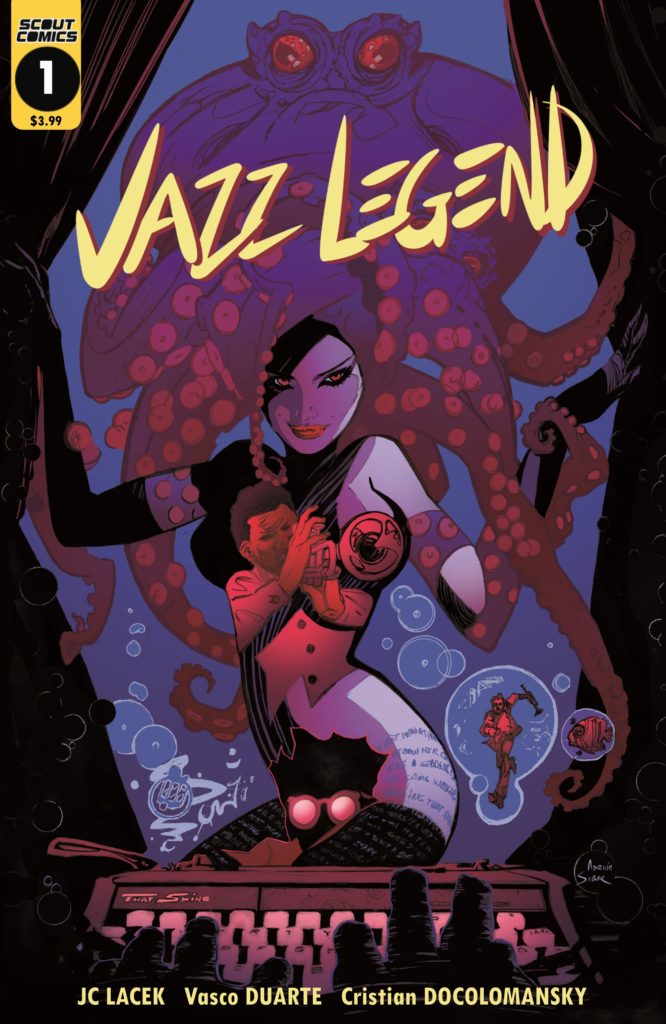 SCOUT COMICS AND ENTERTAINMENT announces the premiere of JAZZ LEGEND in May 2018.

There’s a peculiar new drug on the streets of Motocity. Its effects are unlike any other–an immersive psychedelic dreamscape with visions of animalistic abominations and god-like humanoids. This is bad news for Martin Comity, who lives for two things: playing jazz and getting his next fix. As Martin’s fascination with the drug turns to obsession, his loosening grip on reality becomes more evident by the day. An eccentric writer, the reclusive Benjamin Way, takes an odd interest in Martin’s predicament after experiencing visions of his own: A phantom specter with a single cryptic message: wake Martin to the nature of his “true” self, and quickly, or bear witness to the unraveling of that which bonds space and time. JAZZ LEGEND is a neo-noir meets cosmic fantasy inspired by the lives and works of jazz great Miles Davis, and the father of beat literature, William S Burroughs.

JAZZ LEGEND is written by JC Lacek with art by Vasco Duarte and Cristian Docolomansky.

JAZZ LEGEND will be published monthly by Scout Comics.