BOOM! Studios is proud to present a new look at MECH CADET YU #5, kicking off a new story arc from the superstar dream team of writer Greg Pak (Hulk, Weapon X) and artist Takeshi Miyazawa (Ms. Marvel, Runaways) on January 3rd, 2018. The critically-acclaimed series follows the story of Stanford Yu, a young janitor who is unexpectedly chosen to join the storied ranks of the Mech Cadets of the Sky Corps Academy. Once a year, giant robots from outer space come to Earth to bond with the cadets to defend the world from terrifying aliens known as the Sharg. After he unintentionally bonds with an off-course robot, Yu is thrown into training, hoping to prove he is worthy of being there at all.

Exclusive to comic shops, MECH CADET YU VOL. 1 DISCOVER NOW EDITION will also arrive in stores on January 3rd, collecting the first four issues of the series. To celebrate this new arc of MECH CADET YU, series co-creator Greg Pak has debuted a new trailer for the series, which can be viewed right here.

“MECH CADET YU was originally going to be a four issue mini, but because of tremendous support from readers and retailers, we got upgraded to an ongoing. I’m hugely grateful—I love writing this book so much!” said Greg Pak. “So I’m thrilled that BOOM! Studios is giving retailers an exclusive window with the first trade collection. And I’m hoping the trailer will help us share the fun with new readers. Thanks so much to everyone—hope ya dig!”

“I am so grateful to be able to continue drawing the world of MECH CADET YU,” said Miyazawa. “There is nothing more rewarding than having a passion project being supported by so many readers and retailers. Thank you so much for your continued interest and enthusiasm. I am so proud of this book!”

In May 2018, a standard edition of MECH CADET YU VOL. 1, featuring a different cover and including additional behind-the-scenes material, will be released to comic shops and bookstores worldwide, with the same MSRP of $14.99.

While the standard edition will remain in print, MECH CADET YU VOL. 1 DISCOVER NOW EDITION will be strictly limited to its initial print run and never reprinted.

“Fans of the first four issues of MECH CADET YU will be blown away by what Greg and Tak have in store for this new arc,” said Cameron Chittock, Editor, BOOM! Studios. “The stakes have been raised for our heroes and as The Second Sharg War breaks out, the scope of the alien conflict and mankind’s mech defenses reach unprecedented heights. Now’s the perfect time for any fans of great mech and kaiju science fiction to jump on board.”

MECH CADET YU is available for sale monthly at local comic book shops (use comicshoplocator.com to find the nearest one) or at the BOOM! Studios webstore. Digital copies are available to purchase on digital book marketplaces, including ComiXology, iBooks, Google Play, and the BOOM! Studios app.

For continuing news on MECH CADET YU and more from BOOM! Studios, stay tuned to www.boom-studios.com and follow @boomstudios on Twitter. 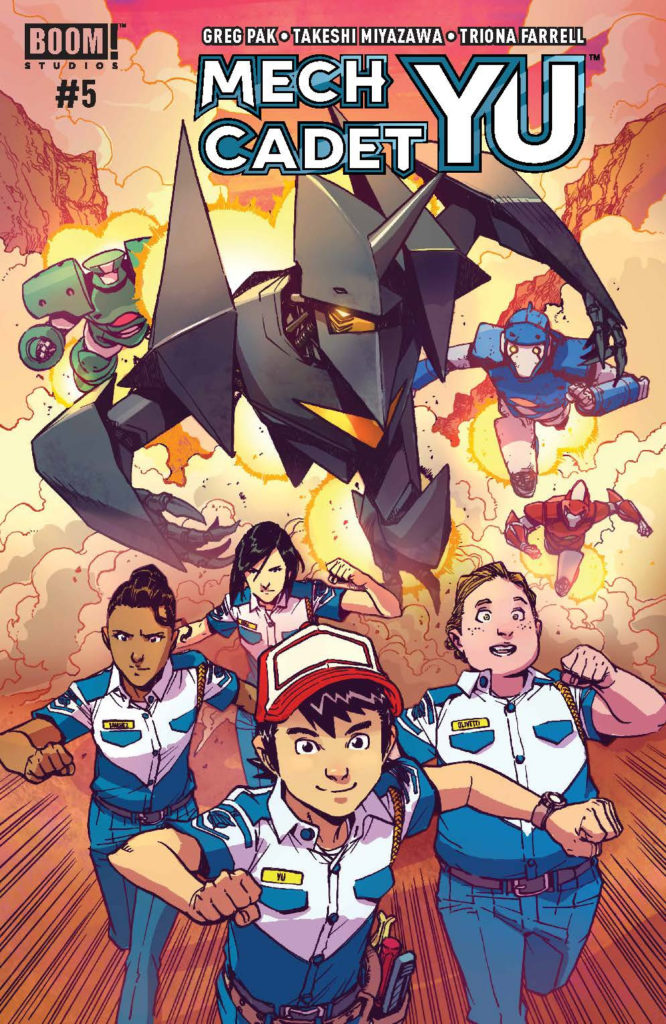 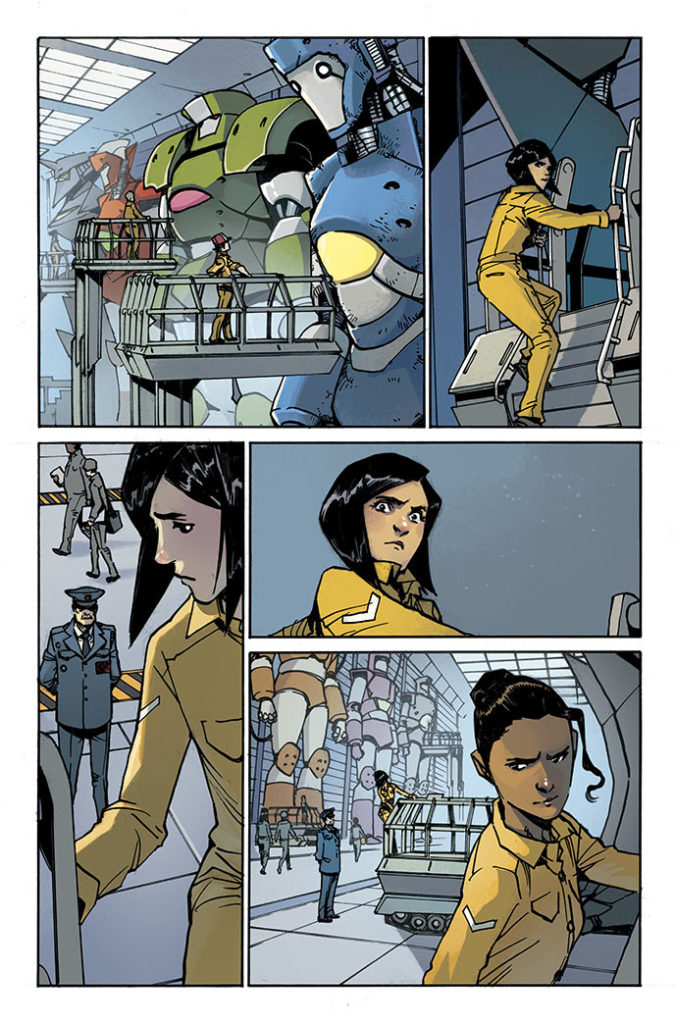 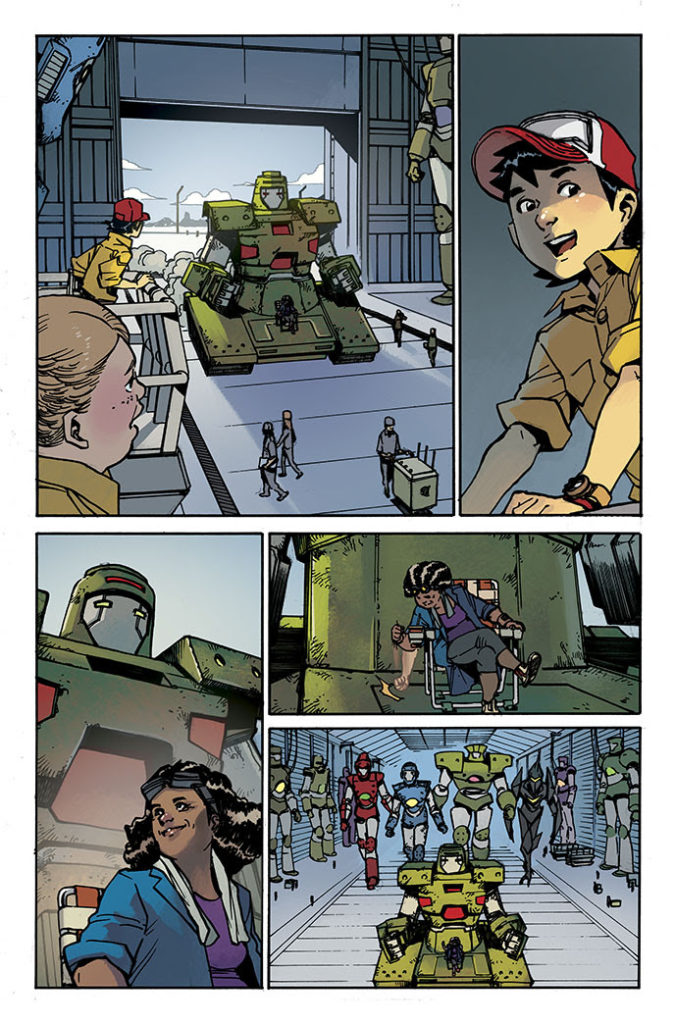 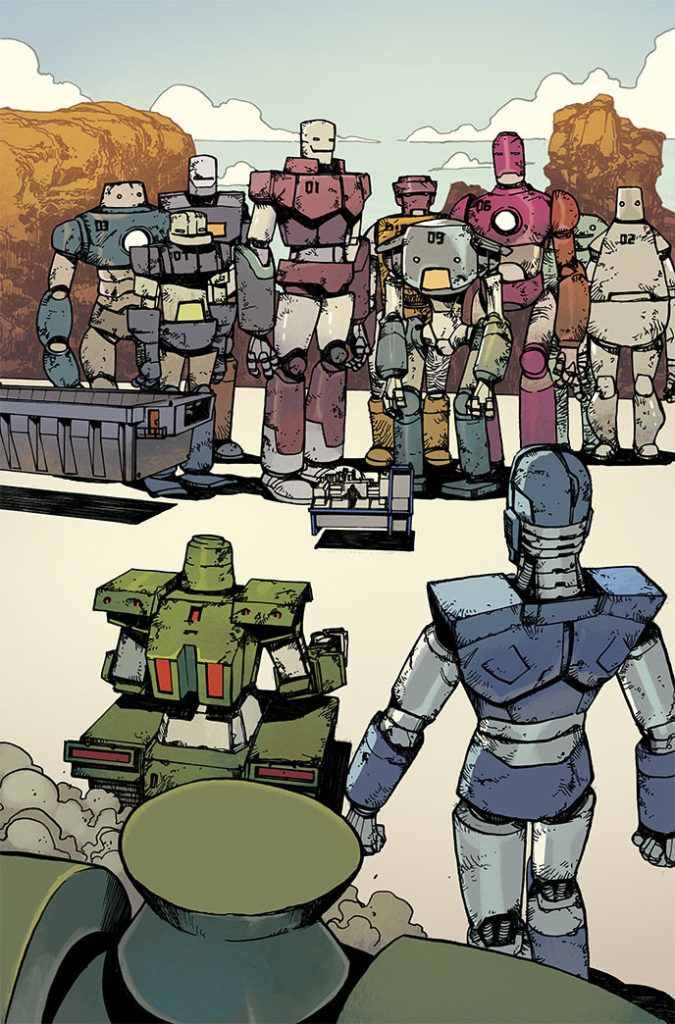 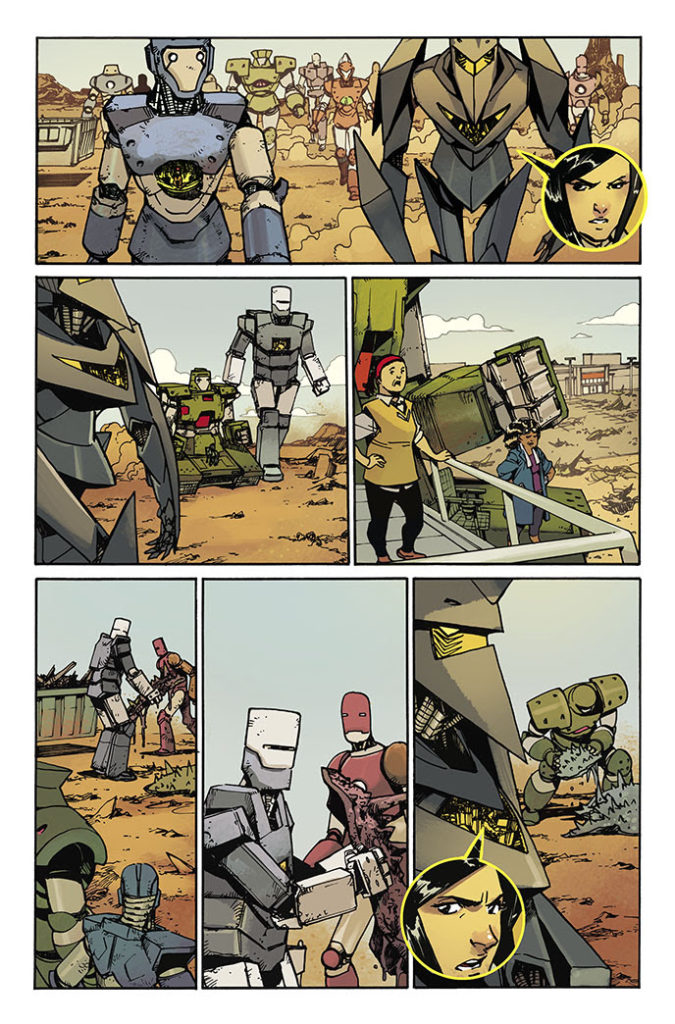 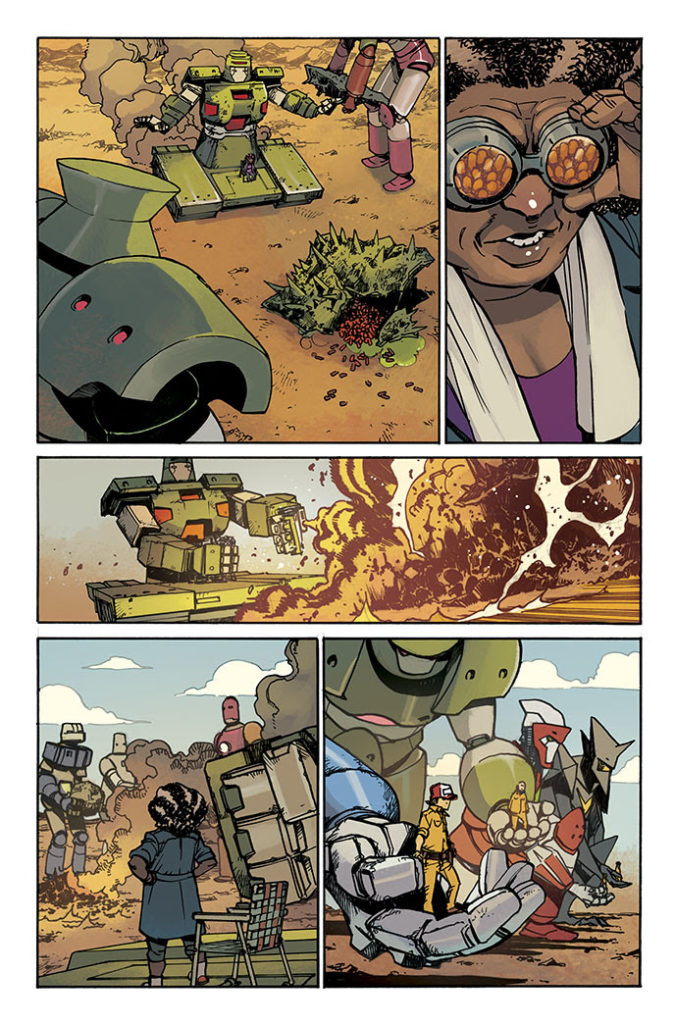