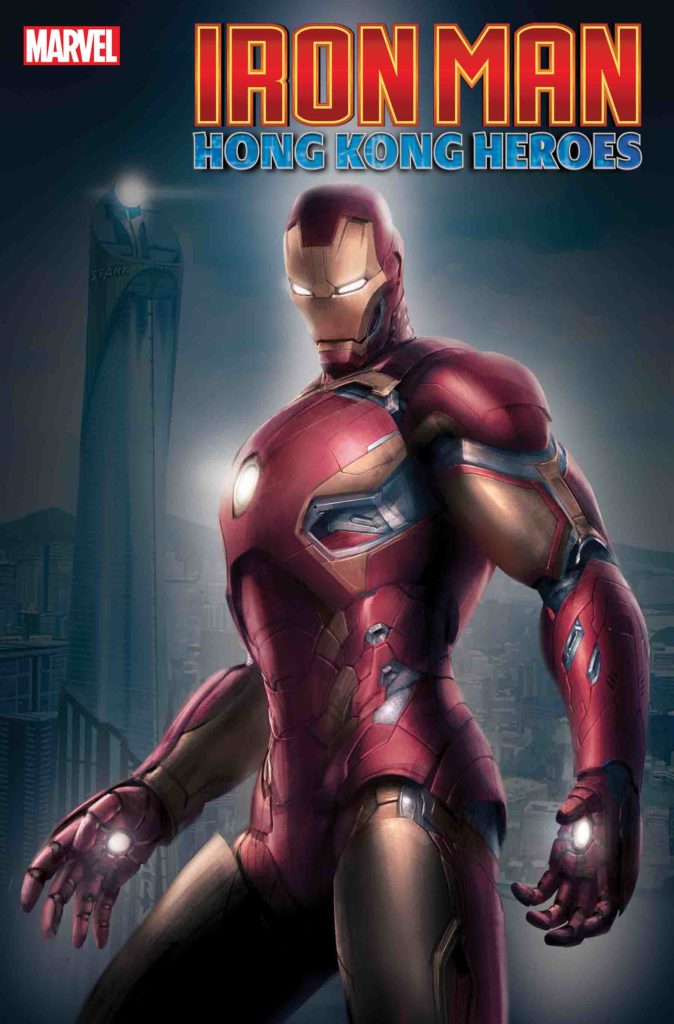 This March, science and magic converge in a brand-new Iron Man story that bridges new talent and epic innovation with IRON MAN: HONG KONG HEROES! Originally conceived around the opening of the Hong Kong Disneyland IRON MAN EXPERIENCE attraction, Marvel is bringing this exciting tale to the United States for the first time along with Hong Kong based talent, in a special one-shot by Howard Wong with art by Justice Wong.

The battleground is Stark Expo, and the focus is a new invention by the name of STARK EMERGENCY RESPONSE EXOSUIT – otherwise known as the SERE-X. The sinister Baron Mordo and Armin Zola have teamed up to attempt to steal a magical artifact from Doctor Strange that merges technology and ancient dark magic. And it’s Iron Man’s job to keep the technology out of the hands of evil!

“Howard and Justice are an outstanding combo on this book! Just as Mordo and Zola—and Strange and Stark—realize that the combination of science and magic makes for a formidable force, these two bring their own special blend of storytelling to the Marvel Universe,” said series editor Mark Basso. “And there are a couple of new characters in this book we’re excited about—some new heroes to keep an eye on for sure!”

Featuring new armor and help from some of Earth’s mightiest Avengers, IRON MAN: HONG KONG HEROES is an adventure that you won’t want to miss – and it’s blasting into your local comic shops this March!

Art and Cover by JUSTICE WONG