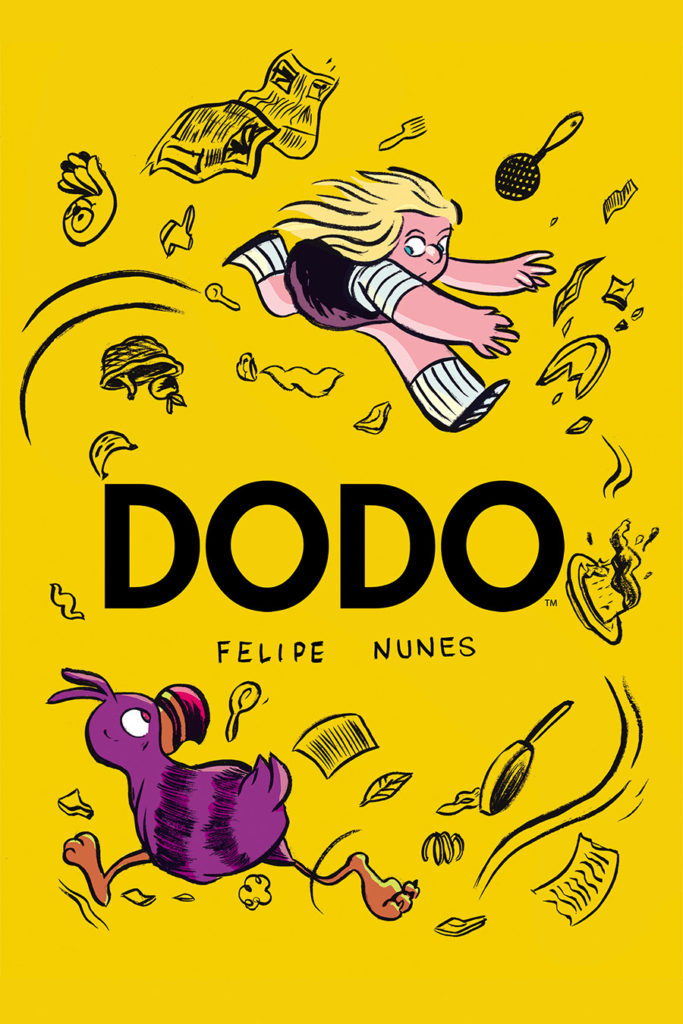 BOOM! Studios is pleased to announce DODO, a new original graphic novel (OGN) debuting May 2018 about love, loss, and how the most unexpected of friends can save us. Written and illustrated by Felipe Nunes—a protégé of award-winning brothers Fábio Moon and Gabriel Bá (Daytripper)—DODO follows six-year-old Laila as she struggles to understand her parents’ divorce, and the magic she finds along the way while trying to cope.

“DODO is a story I made for children, like me, who grew up with divorced parents, spent hours in front of the TV, and learned to deal with loneliness,” said Nunes, an award-winning artist in his native Brazil. “We always find a way to fill in the empty spaces in our lives, even if it’s with a strange companion that might not exist outside of our own minds.”

When Laila’s parents split up, she doesn’t understand why her life has changed, and why her dad never comes by anymore. Lonely and confused, Laila ends up befriending a strange bird that lives in the park by her house. Her friendship with this bird, a dodo named Ralph, takes Laila on a journey she never expected and shows her things about her own world she’d never noticed before.

“DODO is a sensitive fable about childhood and solitude that shows how often we end up walking fantastic paths to deal with reality,” said Moon.

DODO is the latest OGN release from BOOM! Studios’ critically acclaimed KaBOOM! imprint, publisher of acclaimed licensed series such as Steven Universe, Over the Garden Wall, Peanuts, and Garfield, along with original series like Brave Chef Brianna by Sam Sykes and Selina Espiritu, and The Deep by Tom Taylor and James Brouwer.

“DODO takes on the hardship of divorce and looks at it through the lens of a child’s eye—Laila’s sense of wonderment, curiosity, and imagination are on full display,” said Whitney Leopard, Editor, BOOM! Studios. “When Fábio and Gabriel first brought this book to our attention, we were instantly moved by its realism but charmed by its whimsy.”

Print copies of the English-language debut of DODO will be available for sale May 2018 at local comic book shops (use comicshoplocator.com to find the nearest one); booksellers including Amazon, Barnes & Noble, and Books-A-Million; or at the BOOM! Studios webstore. Digital copies can be purchased from content providers like comiXology, iBooks, Google Play,  and the BOOM! Studios app.

For continuing news on DODO and more from BOOM! Studios, stay tuned to www.boom-studios.com and follow @boomstudios on Twitter.