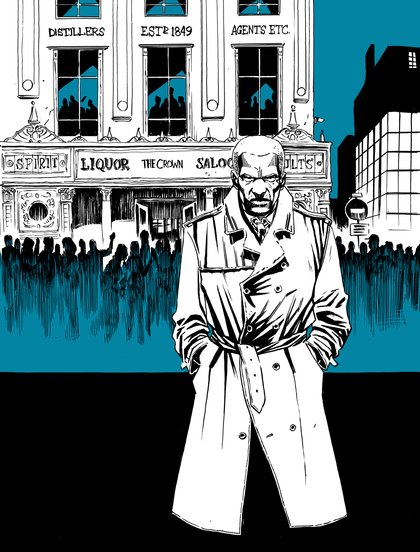 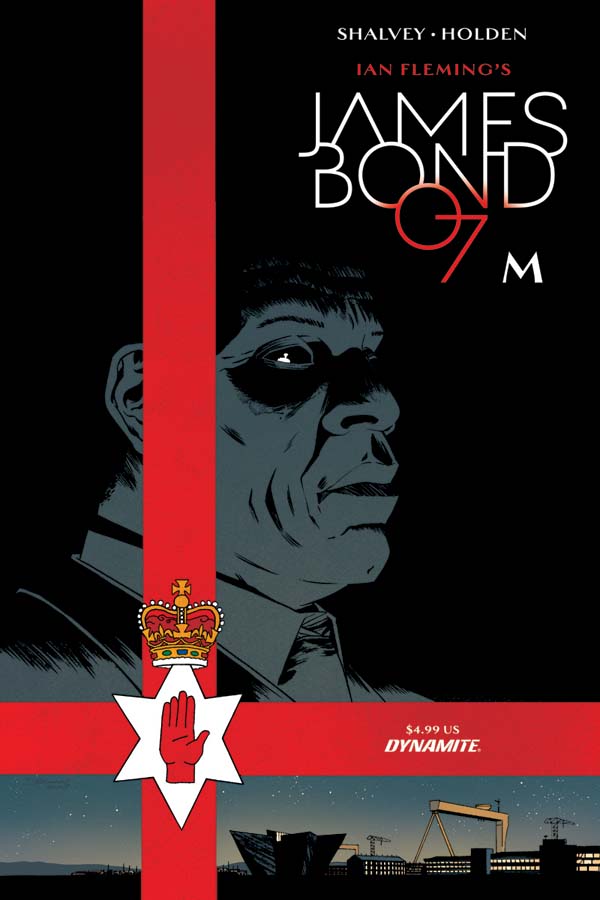 Dynamite Entertainment and Ian Fleming Publications Ltd. are pleased to announce that superstar writer Declan Shalvey (Deadpool Vs. Old Man Logan, Savage Town) and artist PJ Holden (2000 AD, Judge Dredd) have been tapped to helm the latest entry into the James Bond universe with James Bond: M. The new one-shot will delve into the back-story of Bond’s superior, M, and his time in the field prior to his ascension as head of England’s MI6. The standalone story, which features 40-pages of heart-stopping international intrigue and espionage, is set for launch in February 2018!

James Bond’s superior, code-named M, scrambles MI6’s secret agents across the globe. Sometimes, he knowingly sends them to their deaths, for the greater good. But a traumatic event from M’s early days in the field returns to haunt him, forcing M to return to Belfast, the scene of a crime…HIS crime.
Writer Declan Shalvey says, “I’m delighted to play around in the Bond playpen for this one-shot. Myself and PJ Holden have talked a lot about what we’d like to see in this story, we want to take a British spy and put him in a world that is both foreign and familiar. Belfast is such a unique place and a really great opportunity to do something different with a Bond character yet will still feel very much of that world. PJ is such a fantastic storyteller, I’m excited to see what he does with this story, being from Belfast himself. I love one-shots, and I know that PJ, along with Dearbhla Kelly are going to make this a beautiful package.”
Raised in the West of Ireland, a graduate of Limerick School of Art and Design, and winner of an Eagle Award for Hero Killer, his first published comic, Declan Shalvey’s first professional work was in the UK scene with noir indie-books and adaptations of classical literature. He later came to prominence in the American market with his moody, atmospheric work with his arc on Moon Knight. He has since worked with several large publishers to write the hit series Civil War II, Deadpool vs Old Man Logan, and Venomverse: War Stories.
Artist PJ Holden says, “Look I’ve walked the streets of Belfast checking dead letter drops and wanting to be a super spy since I was 7 years old, I’m pumped and primed for this. Bringing Bond’s boss M to Belfast is the job I was born for.”
PJ Holden is a Belfast-based artist that began his comic book career in 1997 with Fantagraphic’s Holy Cross #3, before finding critical acclaim 3 years later for his work on 2000 AD and Judge Dredd. Holden saw his big break in the America market with his mini-series Fearless before forming his own company, Infurious Comics, which aims to produce mobile comics for iOS devices, Holden himself designed the Comic Reader App in order to facilitate the project, which the BBC referred to as one of “four pioneering web innovations” flying the flag for UK digital innovation.
“It is always such an honor to work with a master like Declan Shalvey, and we’re excited to see his unique take on the Bond Universe and working together again with PJ (Holden),” says Nick Barrucci, CEO and Publisher for Dynamite. “We’re certain that with his unbelievable ability to craft an intricate story, combined with the stunning artwork of PJ Holden, M’s long overdue profile will be as superior as the character himself!”
In 2014, Dynamite Entertainment made headlines across the comics industry and beyond with the news that the New Jersey publisher had secured the license from Ian Fleming Publications Ltd to produce the first James Bond comics in 20 years. The first series, Vargr, written by Transmetropolitan writer Warren Ellis, launched the following year to widespread critical acclaim, and was a breakout success in the comics specialty market. Subsequent James Bond story lines include Ales Kot’s The Body, Jody Houser’s Moneypenny, Diggle and Casalanguida’s Hammerhead and Kill Chain, James Robinson and Aaron Campbell’s Felix Leiter, Benjamin Percy and Rapha Lobosco’s Black Box, and Kieron Gillen and Antonio Fuso’s Service.