Aspen Comics, the comic book publishing house founded in 2003 by the late superstar artist Michael Turner, will be celebrating its fifteen-year anniversary in 2018. To celebrate, the publisher is planning a yearlong initiative featuring a return to many of its classic properties. Three of Aspen’s flagship titles will be highlighting significant milestones, with Michael Turner’s Fathom and Soulfire’s twenty and fifteen year anniversary respectively, and Executive Assistant: Iris’ ten-year anniversary as well.

“We’re thrilled to be able to celebrate this significant moment for our company and our fans, and want to return the favor to all of our readers and retailers that have supported us throughout the years by offering a commitment to better stories featuring our classic titles, less variant covers and lower price points on our introductory issues. We feel this is the best possible way to thank everyone and also push Aspen into the next exciting stage of our evolution.”

Aspen will also be debuting a 4-page Aspen Mascots story premiering each month in the back of every new Aspen Comics release. The Aspen Mascots stories will be written by Vince Hernandez (Michael Turner’s Fathom: Kiani, Charismagic) with art by Joie Foster (Aspen: Choose Your Own Adventure) and will feature Aspen’s lovable band of mascots, creatures and other fun Aspen critters in all-ages bonus content storylines.

In addition to the Aspen Primers, Legacy, and Aspen Mascot bonus content stories, the publisher has announced an Aspen Wave 1 of new properties and titles to debut as their first releases of the new year, in addition to the creative teams:

Aspen will kick off their anniversary year in January with the release of the Aspen Legacy #1 issue, a yearbook-style offering showcasing everything from Aspen’s past, present and future, and collects a thorough look inside and behind-the-scenes of Aspen Comics. Aspen Legacy #1 will be released on January 17th and will be offered for only 15-cents with art by various Aspen alumni artists including Michael Turner, Talent Caldwell, Micah Gunnell, Marcus To, Francis Manapul and more.

PortalBound #0 written by Mark Roslan and Gabe Carrasco with art by Alex Arizmendi and Wes Hartman is a new sci-fi/fantasy/action-adventure mini-series slated for five issues debuting February 7th with covers by Arizmendi and Adam Archer. PortalBound #0 will be offered for $1.50.

For new readers unfamiliar with Aspen’s catalogue of titles, the publisher will be offering 25-cent Aspen Primer issues throughout the year for its classic titles: Michael Turner’s Fathom and Soulfire, Executive Assistant: Iris, Charismagic, Dellec, Jirni, No World and Shrugged. 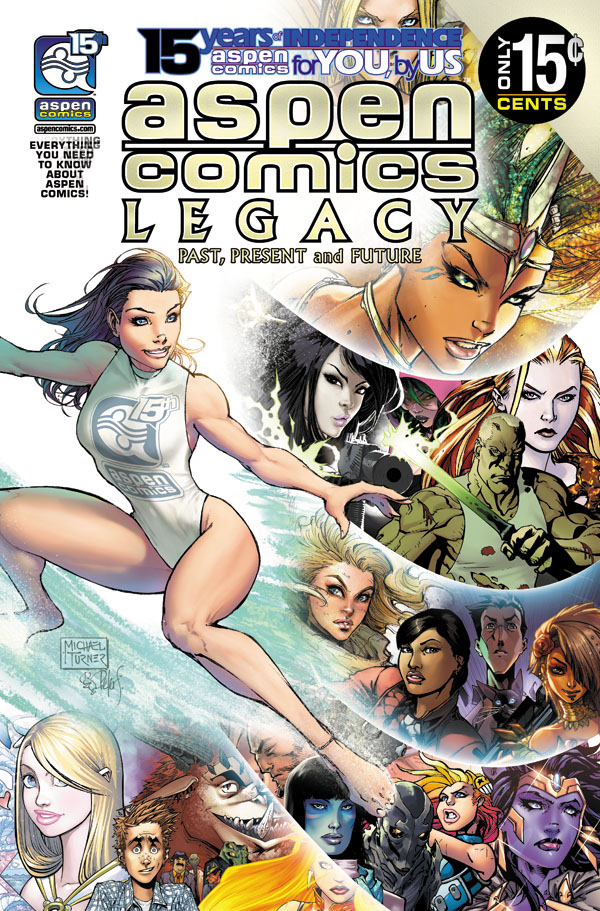 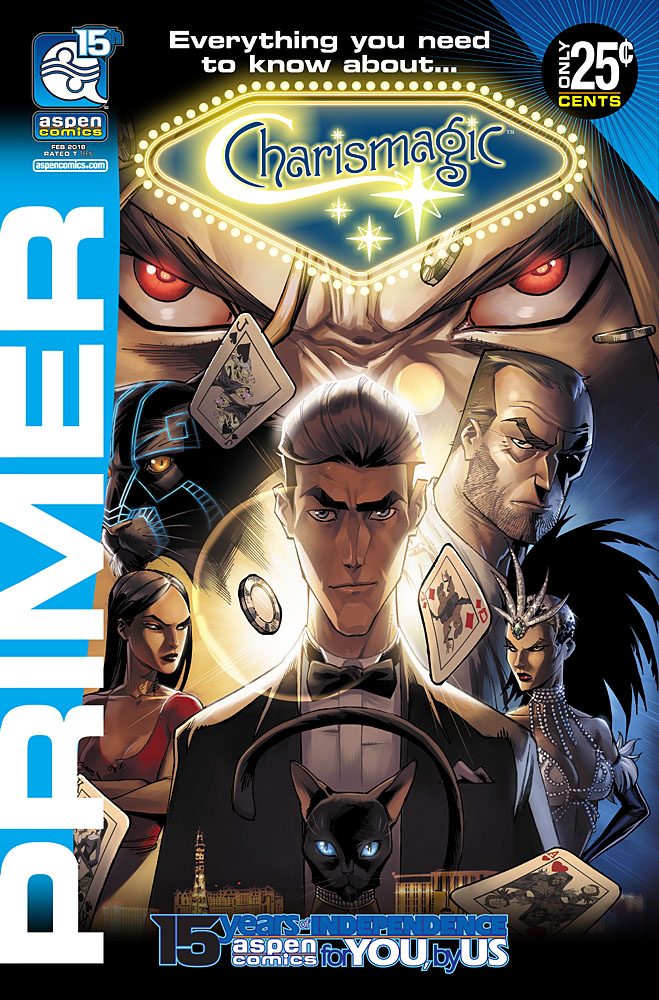 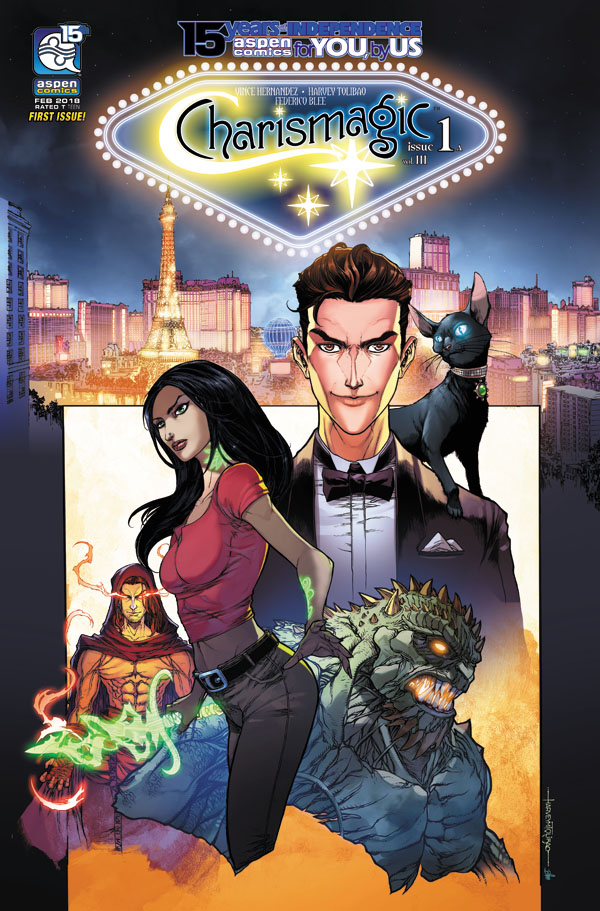 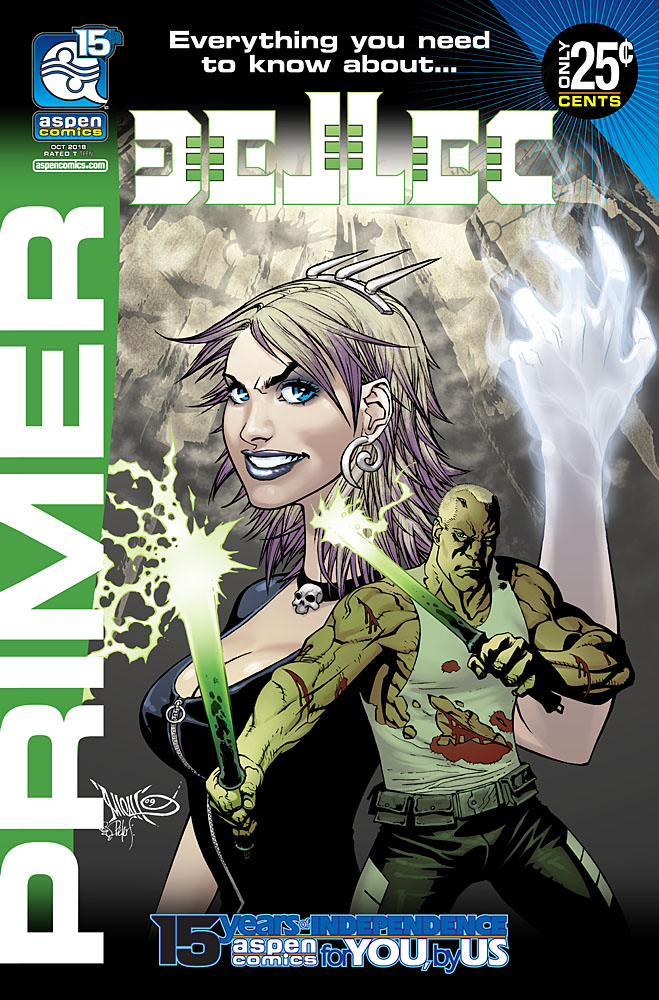 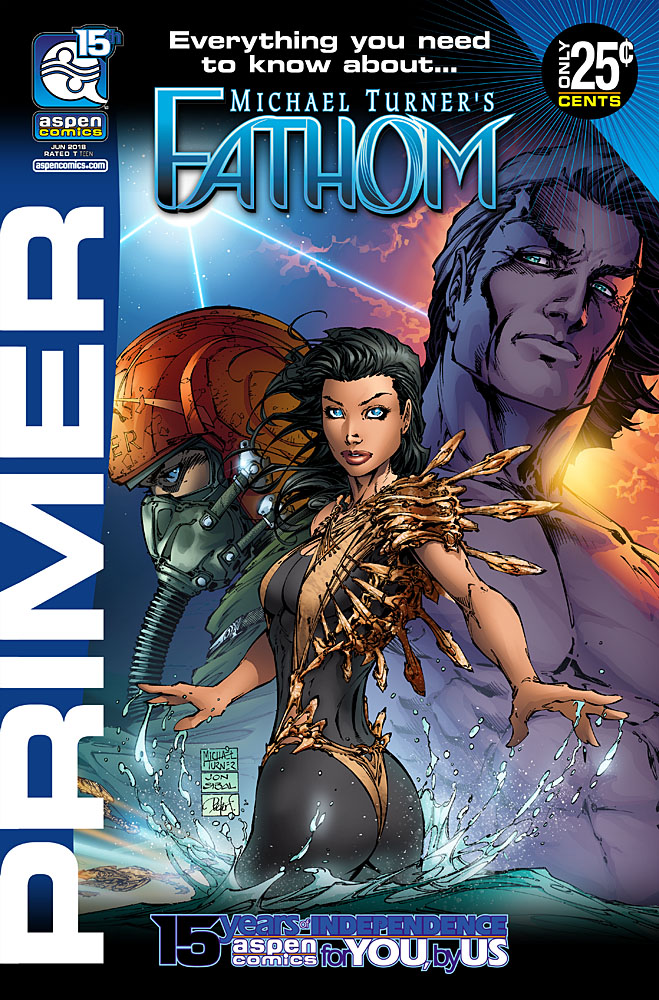 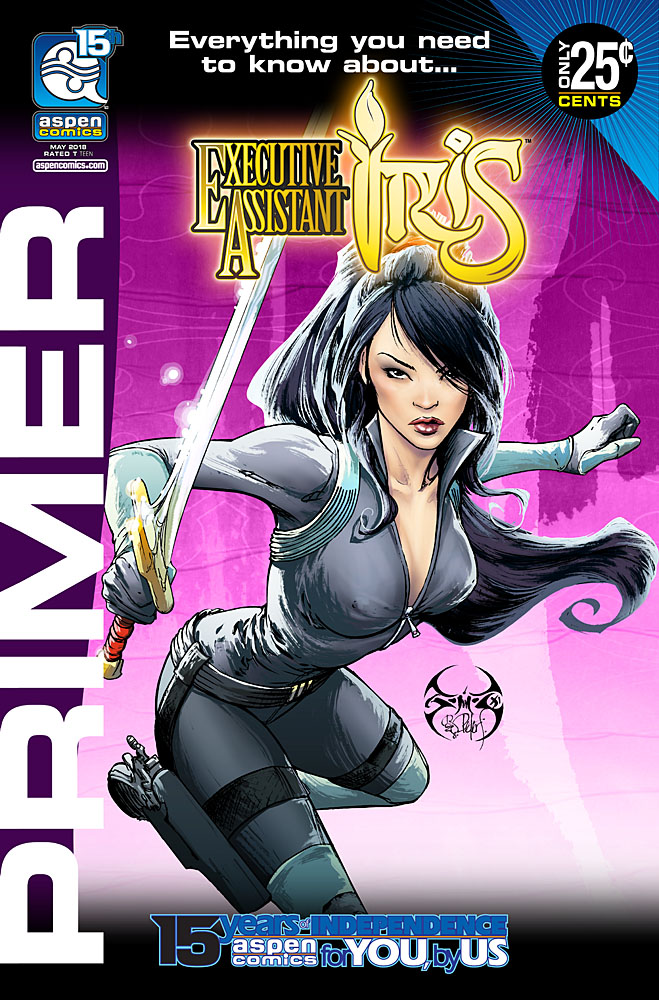 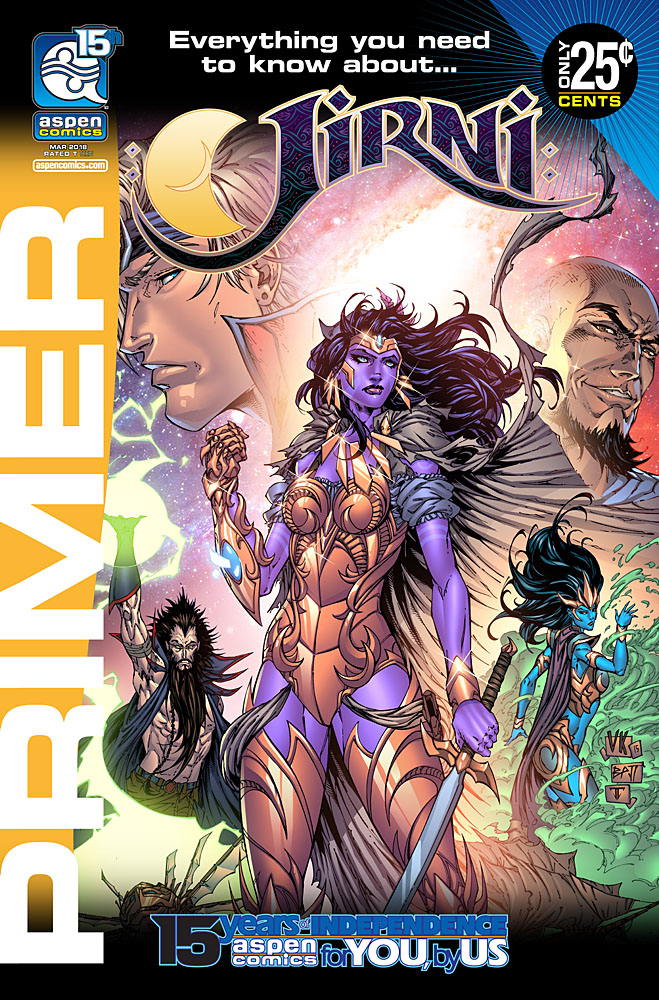 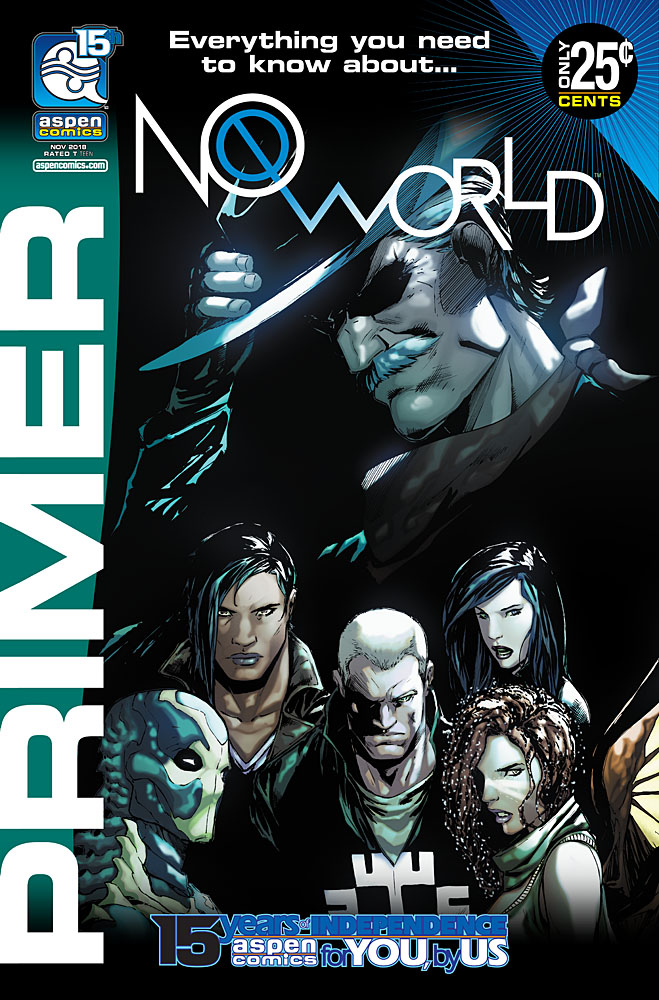 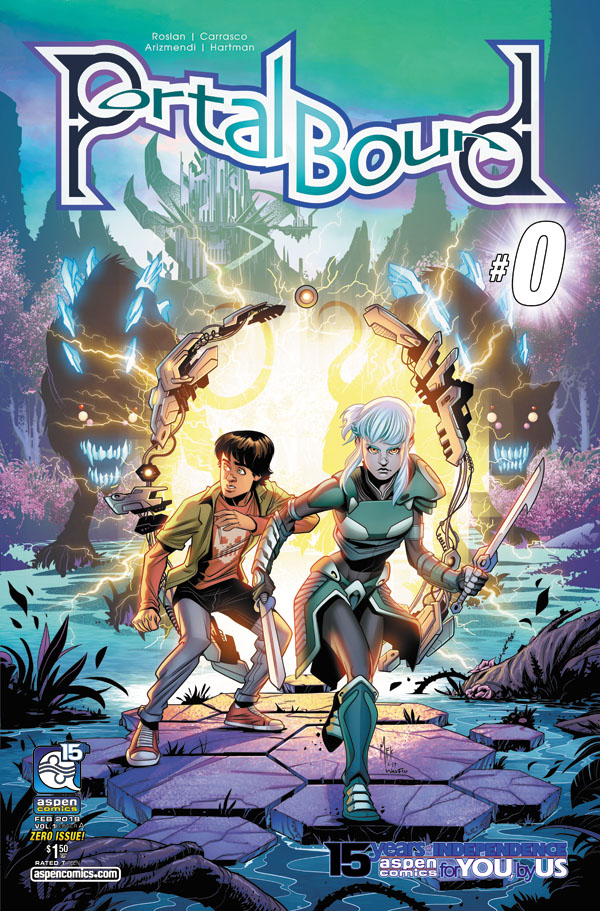 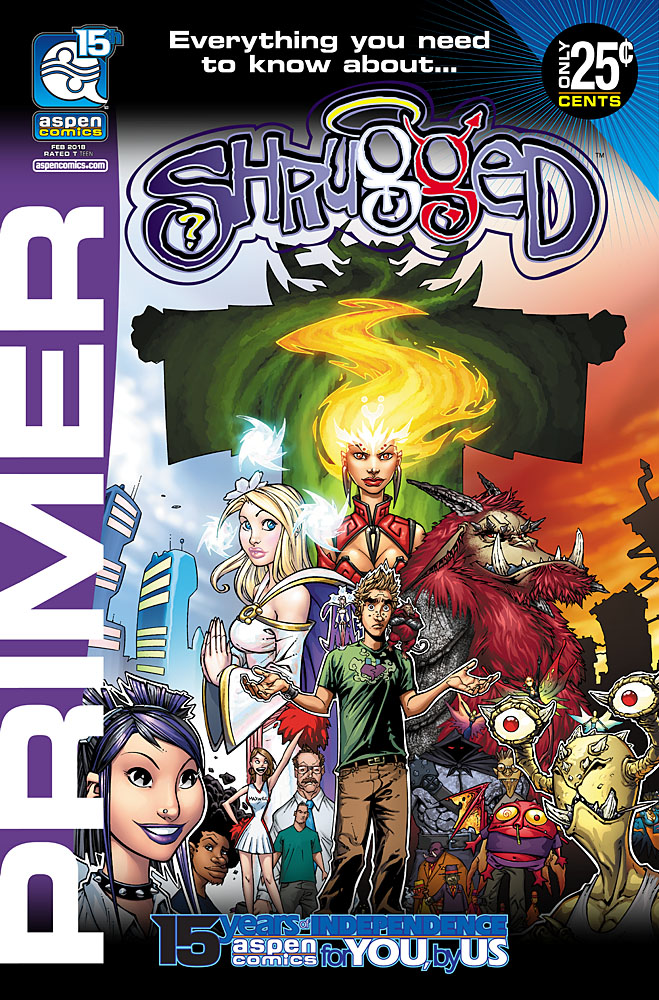 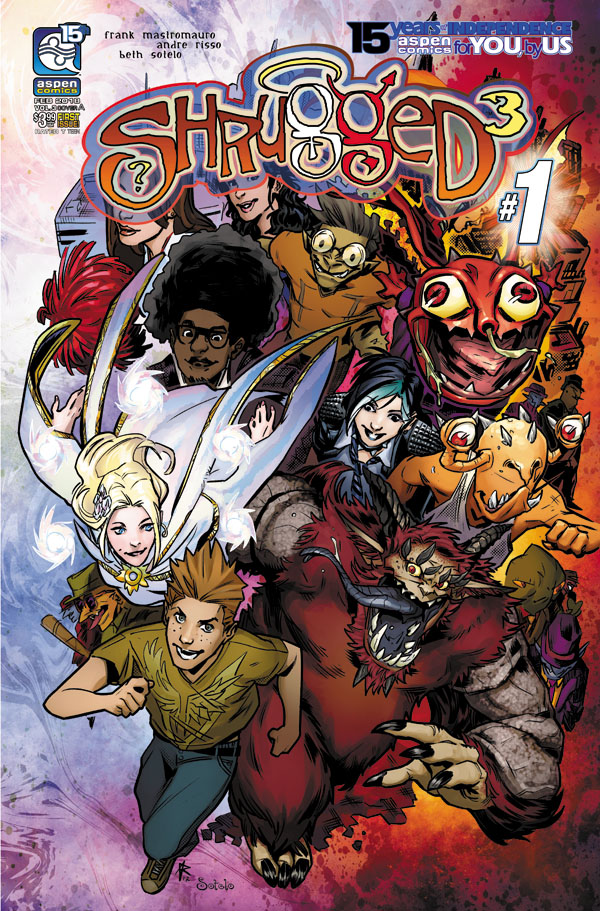 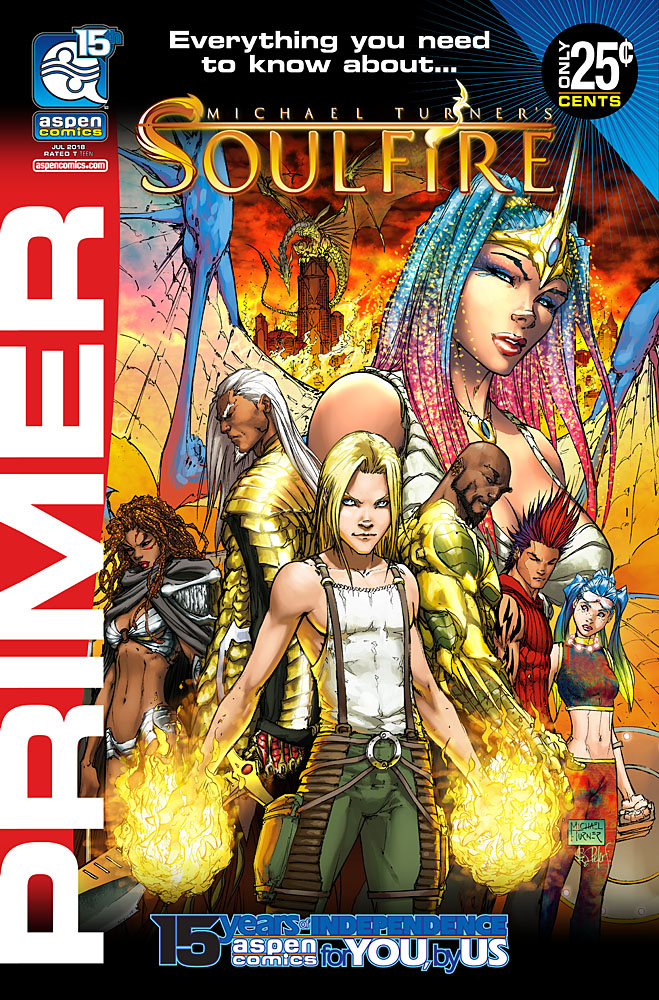