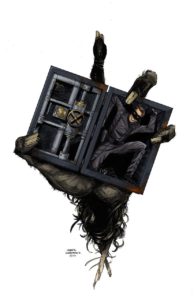 In turn of the century London, Jack Wolverton, gentleman thief, specializes in stealing the arcane, the accursed and the occultic. With war about to break out, only he can stop the world’s most powerful artifacts (The Monkey’s Paw, The Hope Diamond and the Portrait of Dorian Gray) from falling into the wrong hands!
———-

On his path to correcting the sins of his father, master thief Jack Wolverton is on the job, tracking down the fabled Monkey’s Paw. Surrounded by pirates and ruffians, all of whom would be more than happy to add a few extra holes to his hide, Jack is only outnumbered, never outclassed. However, when the pirate captain starts using magic against him, Jack must adapt, improvise, and overcome. The only guarantee is that once the paw is recovered and locked away, there will be more mystical oddities and relics to be found and unscrupulous fiends determined to put an end to Jack Wolverton, Thief of Impossible Objects.

The product of a successful Kickstarter campaign, Wolverton is a classic action/adventure story in the tradition of the likes of H. G. Wells, Sir Arthur Conan Doyle, and Jules Verne, and Jack Wolverton, is the quintessential gentleman thief. When I read that the plan was to present the comic series as a springboard into a movie deal, I’d have to say that I thought it was a great idea. It’s looking like lately every movie studio is eagerly perusing comic book titles for their next hit, and creators are happy to oblige, because it’s probably a little easier to scrape together the cash for a comic book than it is for your average summer blockbuster. You don’t have to worry about things like special effects and casting. You write your script, find an artist, and go for broke. In my opinion, Wolverton has the potential to be a great movie… my only regret is that my personal dream casting for the role will never happen. Throughout the book, I kept thinking that a young David Niven would have been spot on perfect.

For now, though, we’re talking about the comic book. So let’s talk about that.

Writers Stark and Garrett have crafted a great concept, and are on their way toward telling a fantastic story. By their own admission, the task of putting together a comic book was a little outside of their wheelhouse, but overall I think their first effort is a success. My only critique, and this is going to come down to my personal opinion on the subject, is that in writing a story like this, less is often more. The adage “show, don’t tell” kept popping into my mind as I was reading the (again, personal opinion) excessive text boxes that were needlessly narrating the action. Once I started ignoring the text, and just followed the action on the page, I found that I enjoyed the book a little bit more. Also, there were some anachronistic references that took me out of the story for a second… Cuisinarts and Tetris don’t really have a place in 1910, and it would have worked better for me if the writers had looked for comparisons more in keeping with their story. The dialogue itself was perfect, and again I was hearing everything Jack said in David Niven’s cultured accent. Also, elements of classic literature have been mined to great effect, giving us a glimpse at the sinister machinations of none other than Dorian Gray, and hopefully paving the way for more guest appearances in the future.

The artistic team of Rodenbeck and Belmont have done an outstanding job of presenting a fast-paced story, following the antics of all of the players on the page in a classic comic strip style. As I’ve touched on already, I only wish that their work had been left to stand a little more on its own, without the disembodied “voice” of the narrator to distract. The character concepts and designs were all great, from Wolverton’s masked “Dread Pirate Roberts” look to the band of evil pirates and London’s House of Lords, all in keeping with the early 1900’s setting.

Overall, this is a great story, an entertaining read, and I’m looking forward to seeing what comes next. 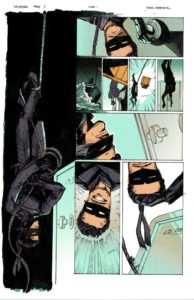 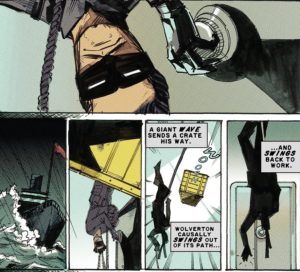 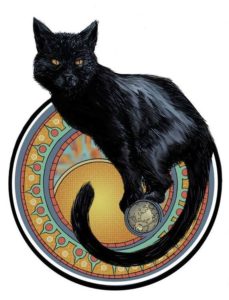