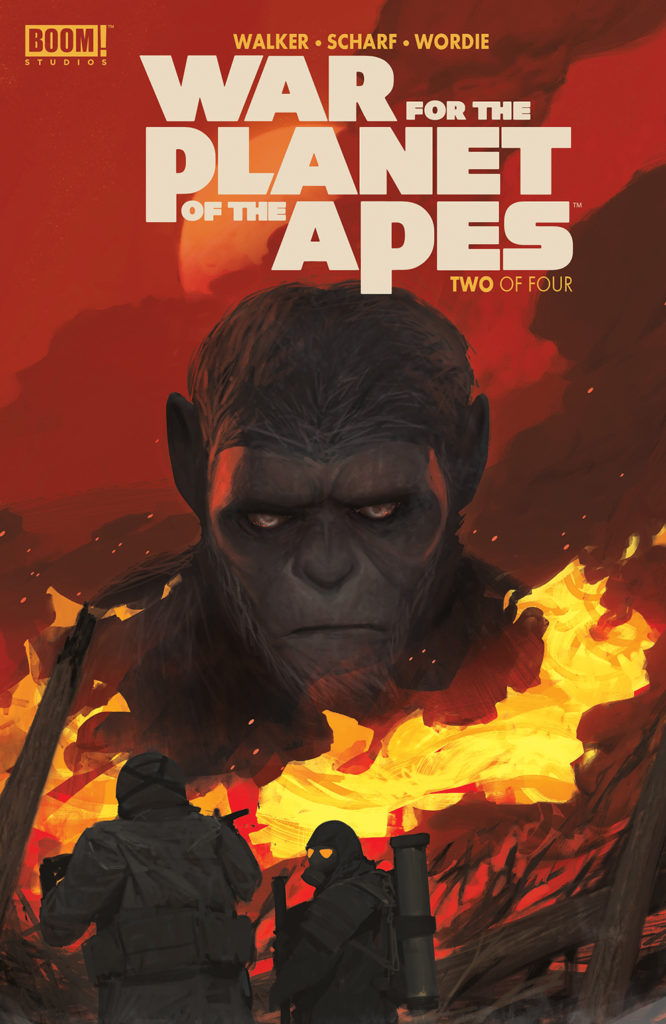 Boom Studios release of the second installment of War for the Planet of the Apes does not disappoint.  As the four part series continues, humanity continues to wrestle with the new world where apes and primates are spreading their control.  Looting and vandalism are widespread as bands of apes search for food and land.  A second wave of the simian flu is affecting a research team in new ways, prompting the government to shut it down in more ways that one.

Writer David F. Walker. illustrator Jonas Scharf and color artist Jason Wordie have created a beautiful story where apes and men continue to wrestle for dominance in a new, violent world.  With sympathetic characters, and emotionally charged storylines, this series does not disappoint!