PUPPET MASTER: CURTAIN CALL is the finale of our epic PUPPET MASTER comic series! Everything from the first five volumes of the PUPPET MASTER ongoing series comes to a head here! It’s the final showdown between the puppets of Andre Toulon versus the demon god Anapa and his evil puppets… with the guests of the Bodega Bay Inn caught in the middle!

Based on the Full Moon Entertainment movies, PUPPET MASTER is about a band of killer puppets who must bend to their master’s will, even if it goes against the essence of the soul trapped in each of them. Anyone who enjoys killer dolls or slasher movies will be right at home in the PUPPET MASTER universe.
Although this serves to wrap up the PUPPET MASTER ongoing series, new fans can enjoy it as well. This book is a love letter to 90s horror with over-the-top action, bloody kills, and a crazy cast of characters! 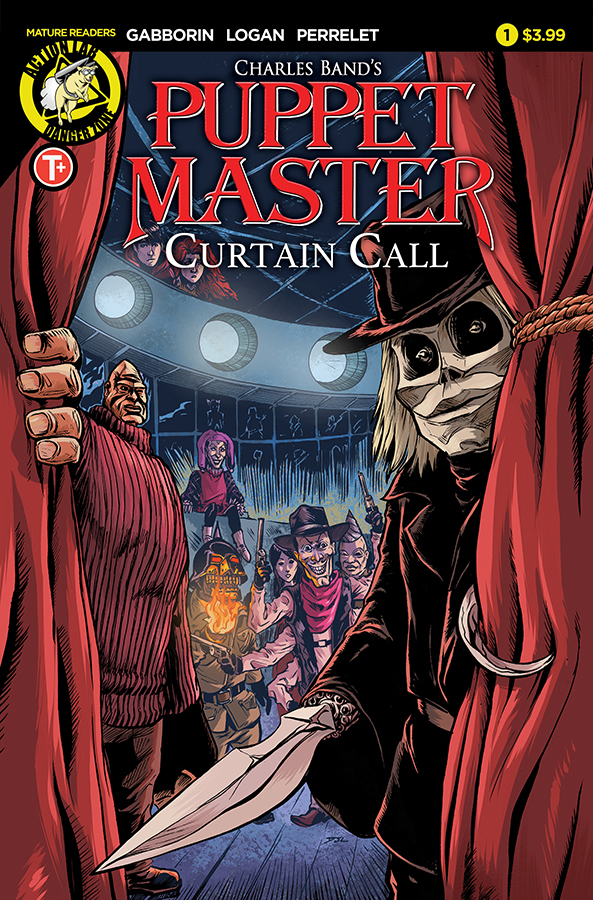 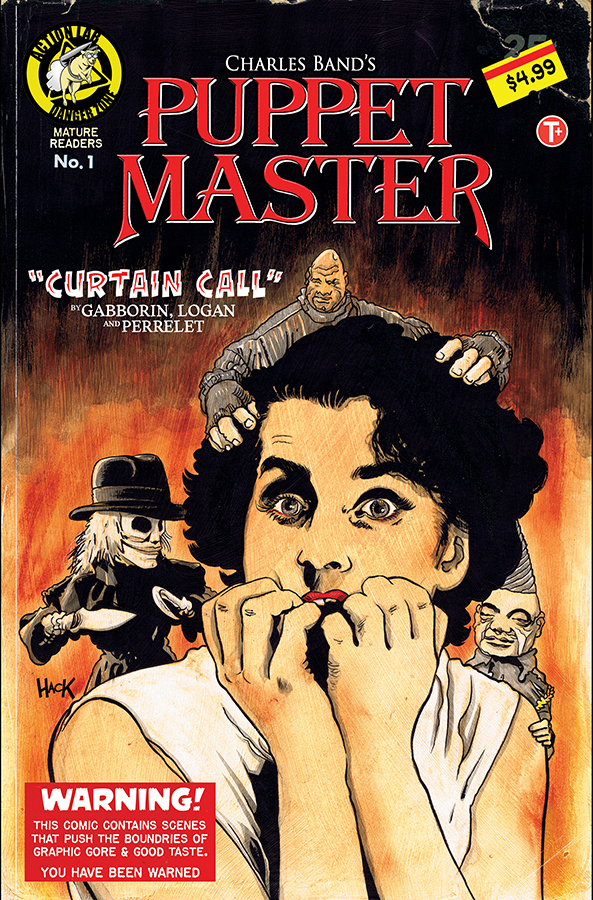 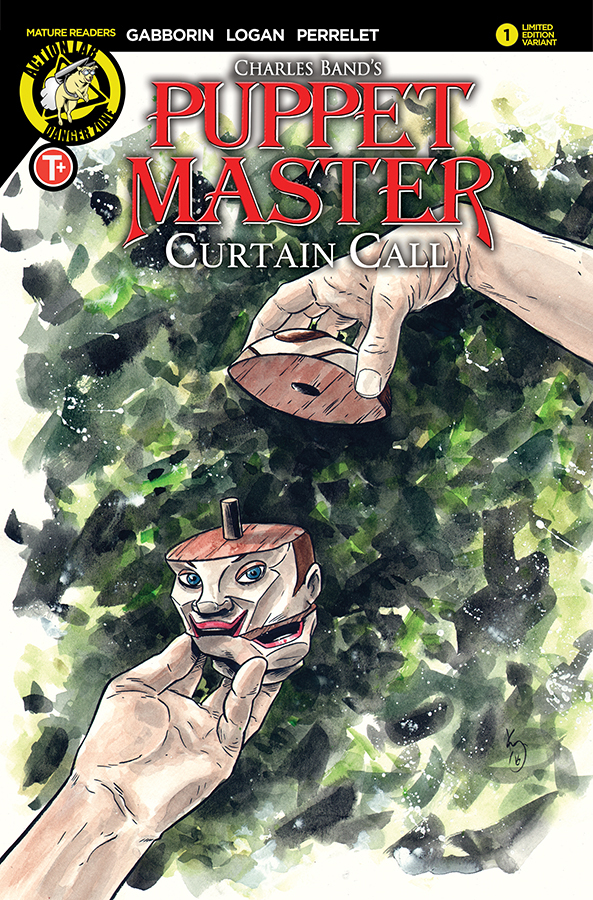 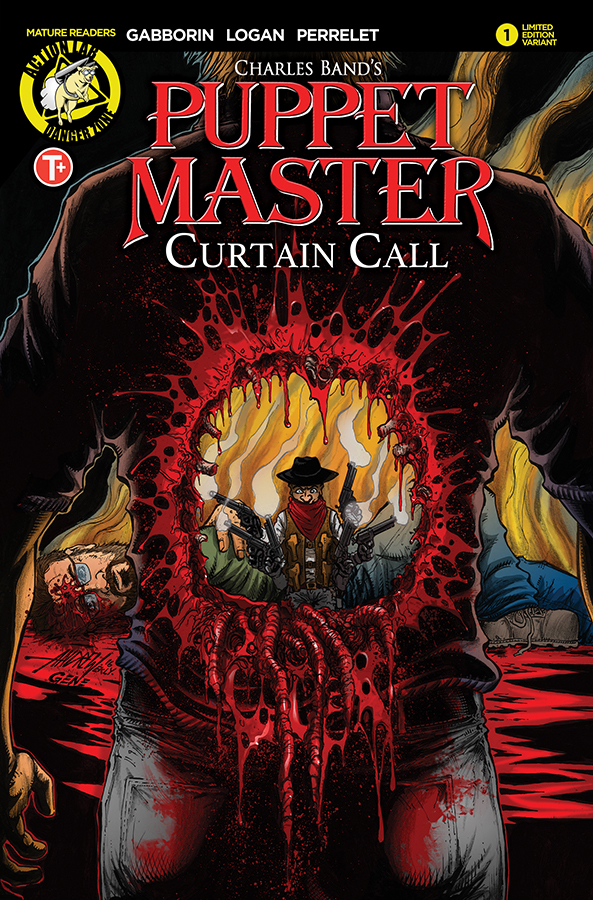 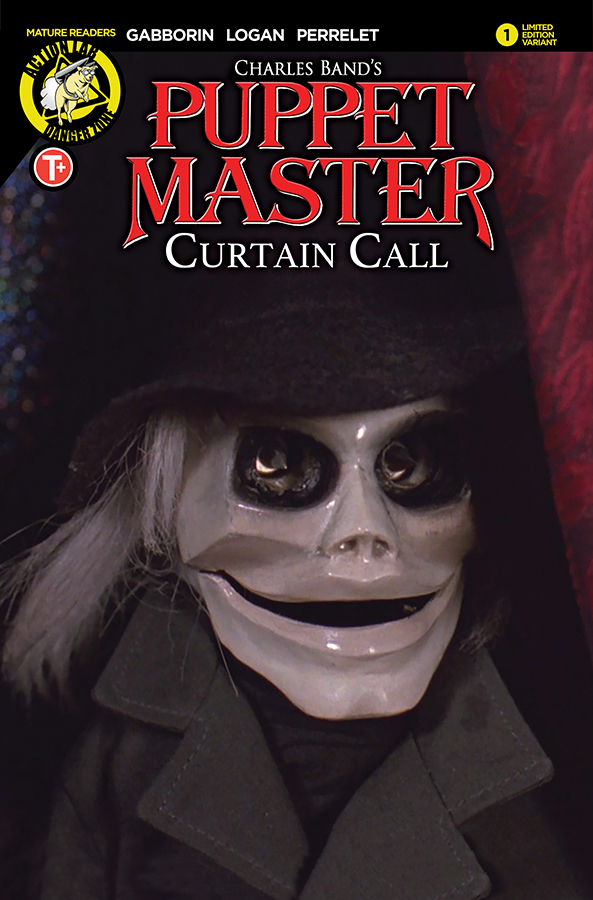 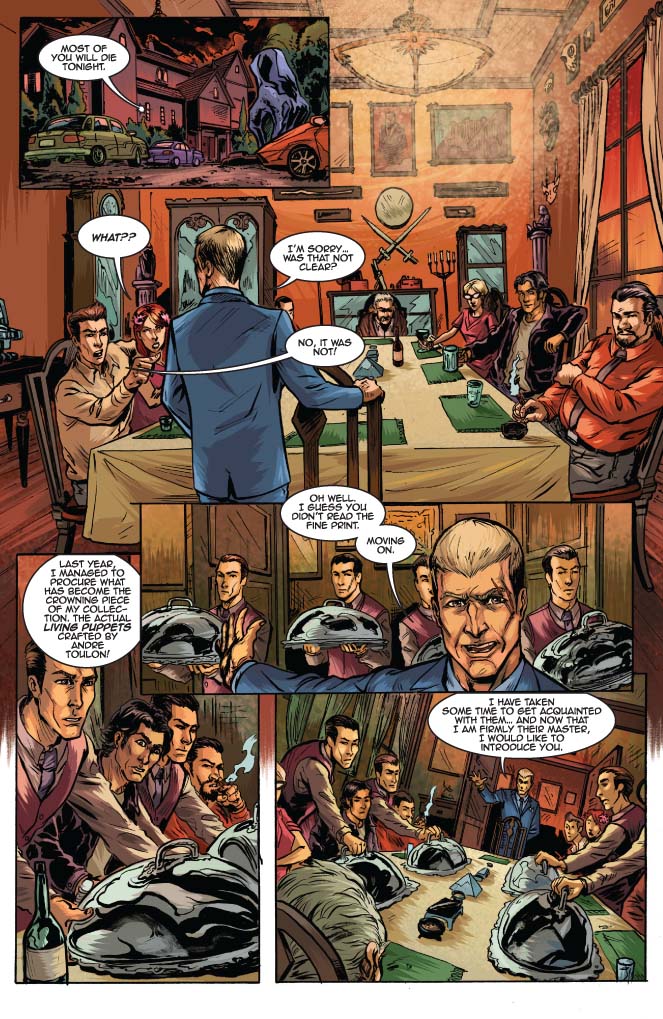 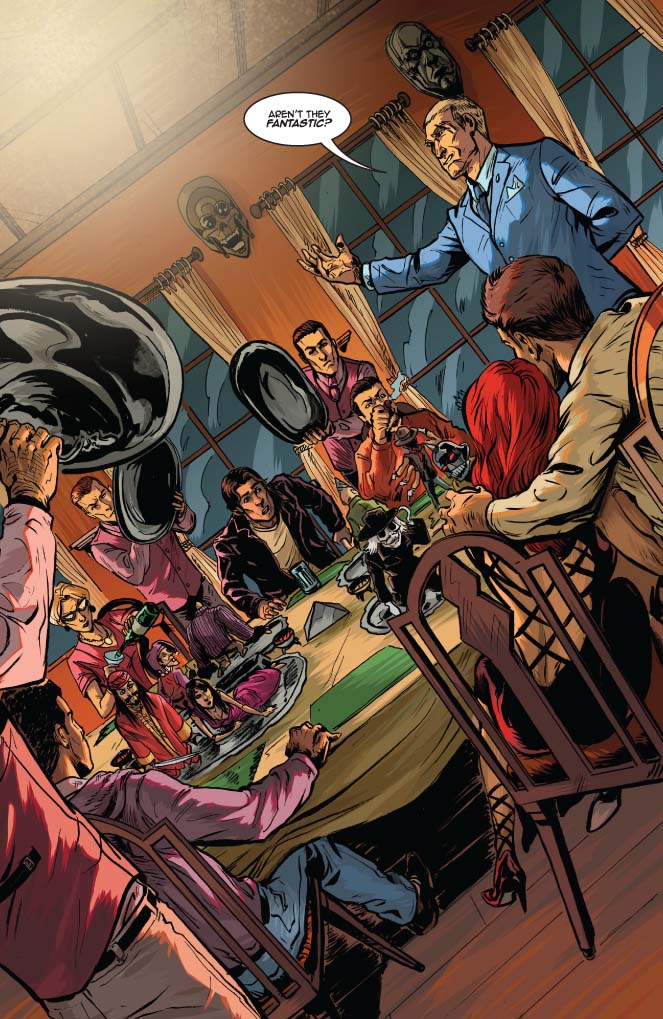 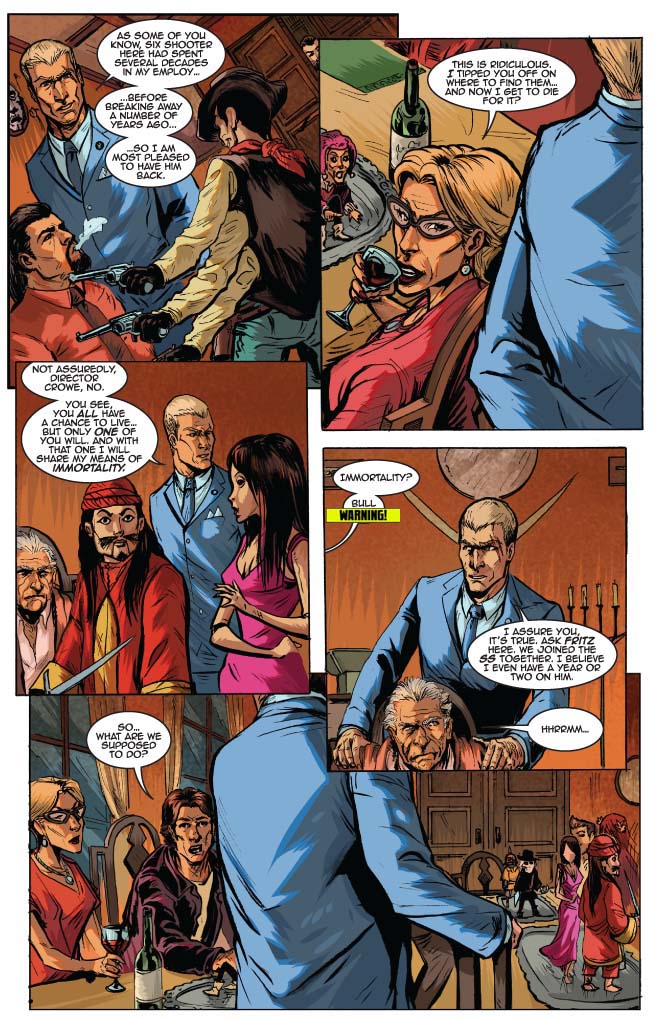 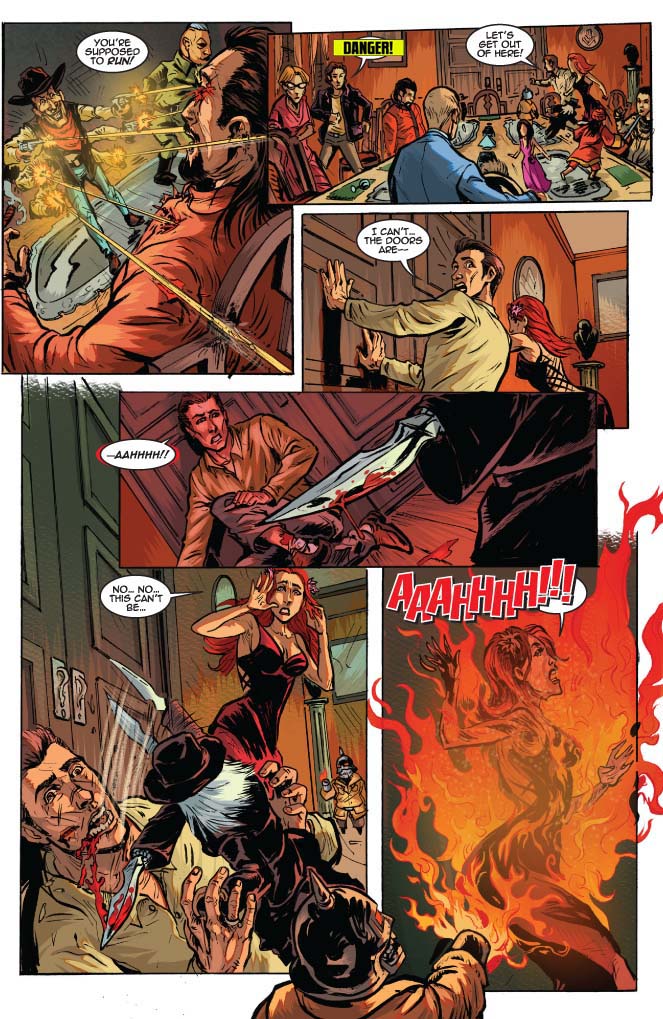 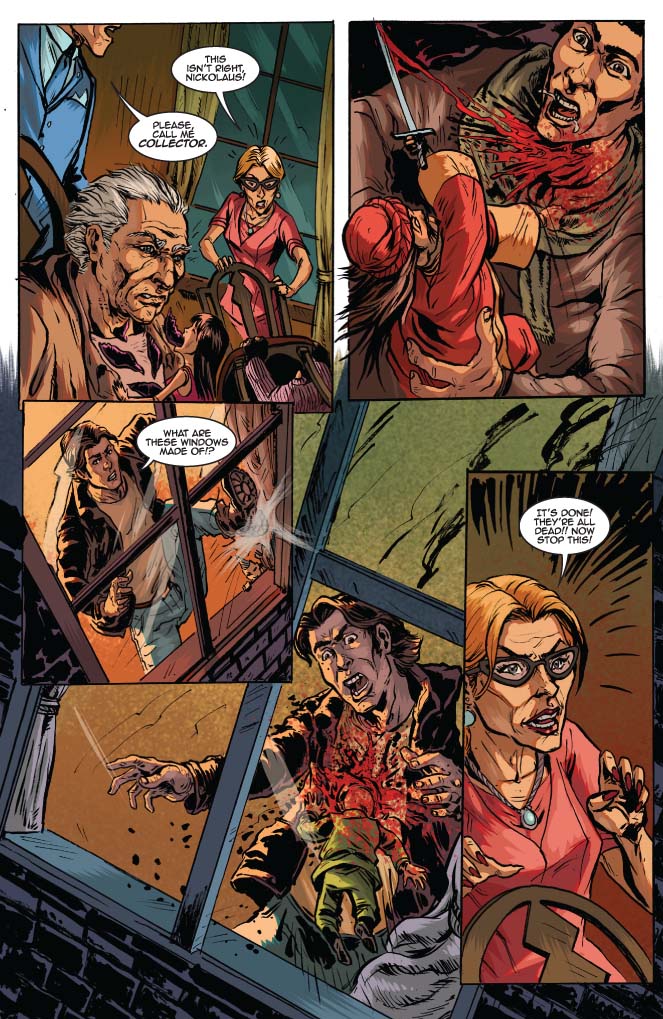 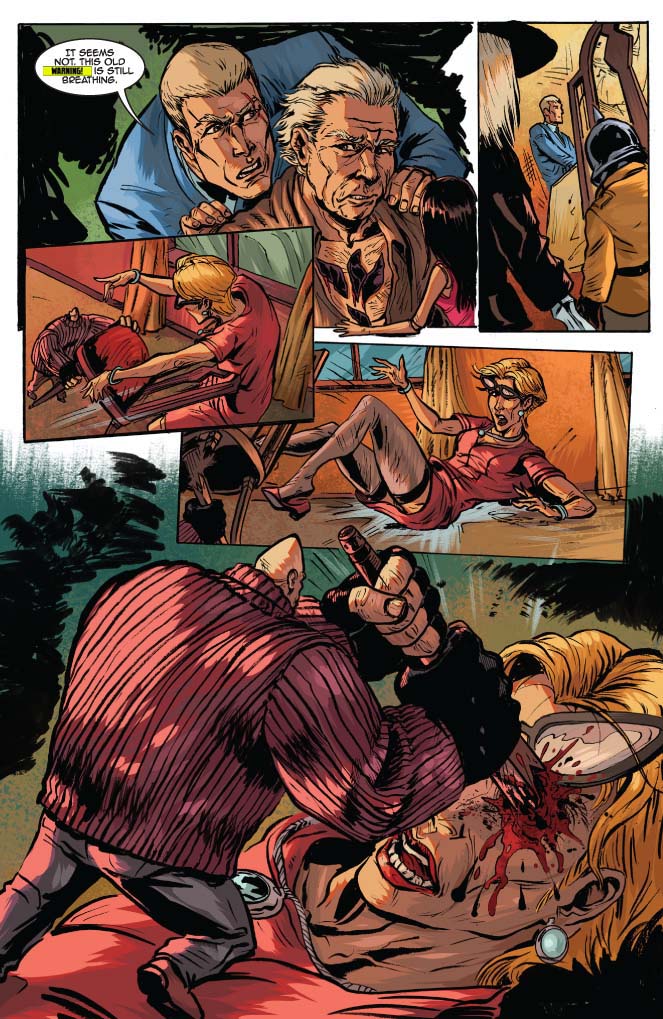 Writer Shawn Gabborin comments, “I’d like to think that new readers would find a fun, sometimes brutal, horror comic about killer puppets that they could really invest in. Whereas people who have read the PUPPET MASTER ongoing series or know the films will hopefully feel a sense of completion. This story wraps up everything I’ve set in motion, as well as closing out a few items from the film franchise.”
Gabborin also talks about his overall experience working on the series: “PUPPET MASTER has been a dream project. I grew up on the PUPPET MASTER movies, and credit them as some of the films that helped make me a horror fan in the first place. So it has been amazing to give back to this franchise.” He goes on to say, “PUPPET MASTER: CURTAIN CALL is the endgame I’ve been building toward since PUPPET MASTER #1. Hopefully it’s as satisfying for the fans to read as it was for me to write!”

PUPPET MASTER: CURTAIN CALL #1 will be available in a comic book store near you on October 18. Preorder the book using the following Diamond item codes: