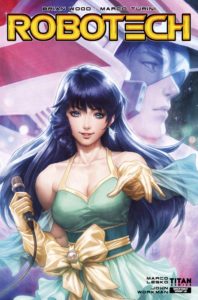 Robotech is making a comeback. Again. Some more.

For those who love the franchise, this is a moment of collective breath-holding. Like the beleaguered Muppet fans who wring their hands with nervous anticipation of the next bombshell in the ongoing drama over the ousting of Kermit actor and puppeteer Steve Whitmore, Robotech fans sit on the edge of a fixed point in time. Will the next iteration of the beloved franchise be any good?

Robotech has, because of the nature of its creation, always been a strange hybrid beast. Created in 1985 for American syndication from the remnants of three different (but visually similar) anime, the franchise is uniquely Japanese-American.

For the Titan Comics reboot, artist Marco Turini eschews visual style of the anime source material, yet maintains a unique and identifiable Robotech vibe. This decision was a good one– as great as classic visual styles were in the day, modern technology, storytelling, and visual flair must be employed to bring classic franchises like Robotech to a new audience. Turini’s artwork is clean, energetic and doesn’t hang too heavily on the anime aesthetic as a shorthand. (The same cannot be said of some of the variant covers, but that’s a conversation for another time and another place.)

Another crucial component of a successful franchise reboot is in the storytelling. In this first issue series writer Brian Wood balances the introducing beloved characters to franchise newcomers with keeping things moving for long-time fans. The story clips along fairly quickly– wasting no time getting the right players in the right places to set up the issue’s cliffhanger ending.

Until then, the fate of Macros Island, and probably the whole of the Earth, hangs in the balance. 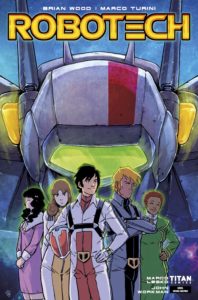 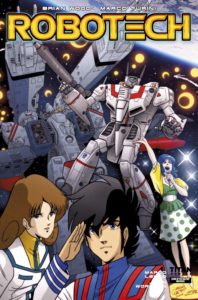 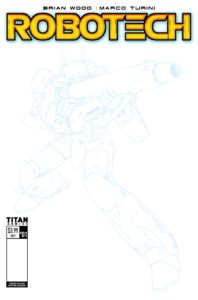 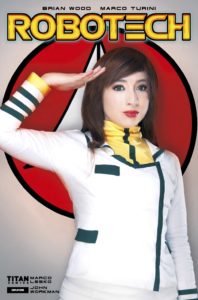 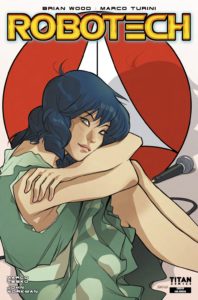 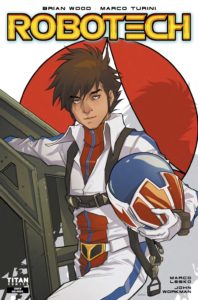 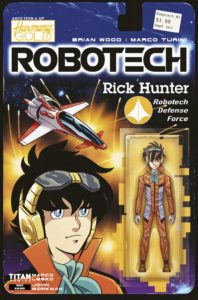 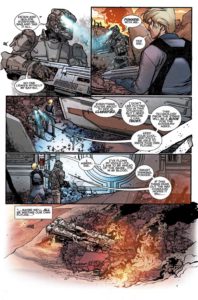 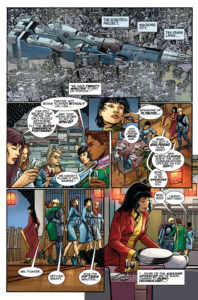 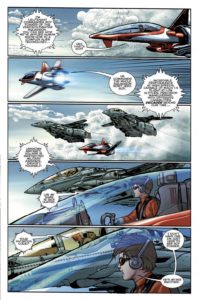 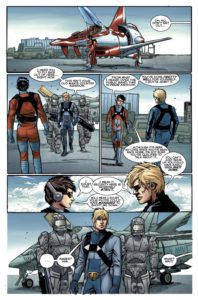 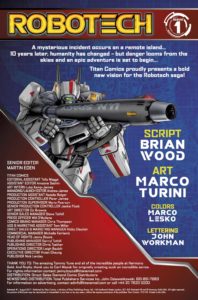 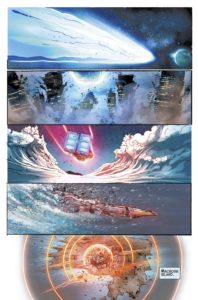 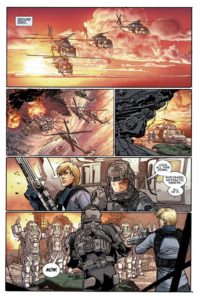