Eric
Comic News, Dynamite Entertainment, TV
Comments
Writer Will Pfeifer (Aquaman, Hellboy), and artist Rodney Buchemi (Uncanny X-Men) have been confirmed as the creative team to bring the magical and mysterious world of the hit TNT television series The Librarians to the pages of comics! Set to launch September 13th, fans of the record-breaking show will be excited to see their favorite characters tackling all new adventures as they wait for the premiere of season four!
Way back in the swinging ‘70s, movie producer Sol Schick was the guy behind such cheesy classics as “Quarry: Bigfoot!,” Noah’s Ark: Found at Last!” and “Heavenly Visitors from the Hell Above.” But when he’s murdered – at a film festival! – with a piece of Noah’s Ark! – The Librarians are drawn into the mystery. Can their combination of special skills, obsessive curiosity, and knowledge of forgotten lore figure out who – or what – spelled doom for Schick? And as they delve deeper into his past, is it possible that things are not as they seem and that all his crazy, wild movies…were actually telling the truth?
Writer Will Pfeifer says, “The thing that really attracted me to The Librarians as a concept is that they’re not just another group out to save the world. I mean, sure, they end up saving the world and seeing that mankind lives to see another day and all that, but their real focus is knowledge – getting it, keeping it and seeing that it doesn’t fall into the wrong hands. In this day and age, a group of smart folks trying to get smarter is the sort of role model we need, and the fact that this knowledge always seems to be of the forbidden, arcane variety is what keeps things interesting. I had a great time coming up with some bizarre mysteries for them to uncover, and the combination of curiosity, humor and good ol’ adventure made writing the series a real pleasure!”
Will Pfeifer made his comic book debut in 1999 with the creator-owned Vertigo series Finals. Since then, his credits have included Catwoman, Teen Titans, Aquaman, Batman: Legends of the Dark Knight, Hellboy, H.E.R.O, X-Men Unlimited, The Spirit, Captain Atom, Iron Man, Supergirl, Blue Beetle and Amazons Attack. He’s also the author of the science fiction graphic novel “The Advance Team” and the writer and artist of “Late Nights at Kinkos,” a collection of his small-press work.
“The Dynamite team counts ourselves as huge fans of television series, never missing an episode,” said Nick Barrucci, Dynamite’s CEO and Publisher. “When the opportunity arose to bring the fantastical adventures to the pages of comics, we knew we would have a hit on our hands! By bringing on the incredible talents of Will Pfeifer and Rodney Buchemi, we only solidified that success!”
The Librarians, which launched in 2014, is based on a series of successful TV movie franchsie originally airing in 2004 starring starred Noah Wyle, who both executive produces and has guest starred on the now hit television series. The show focuses on an ancient organization tasked with protecting an unknowing world from the secret, magical reality hidden in plan sight. The TNT television debut was the most watched cable series launch of 2014 with a combined audience of 7.3 million viewers, and was recently renewed for its fourth season! 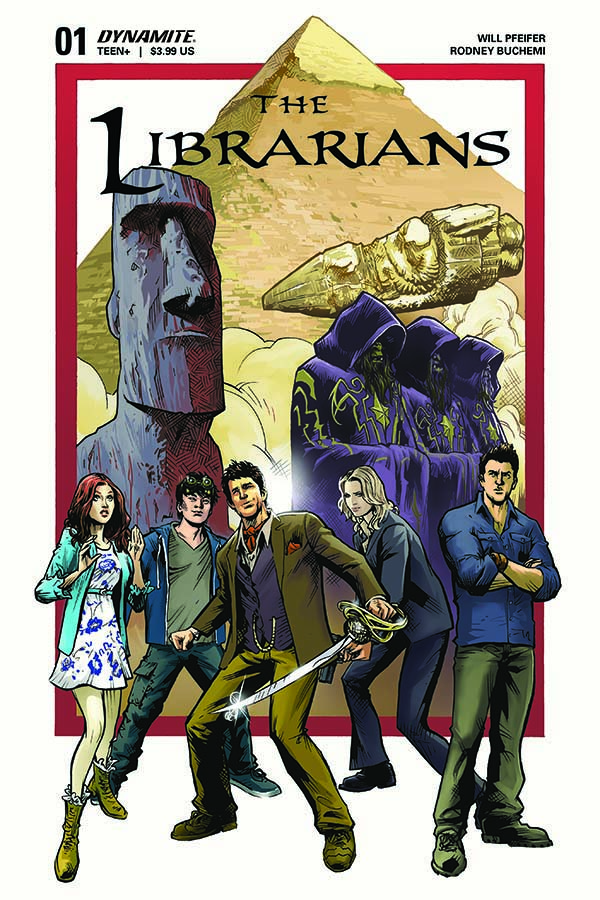 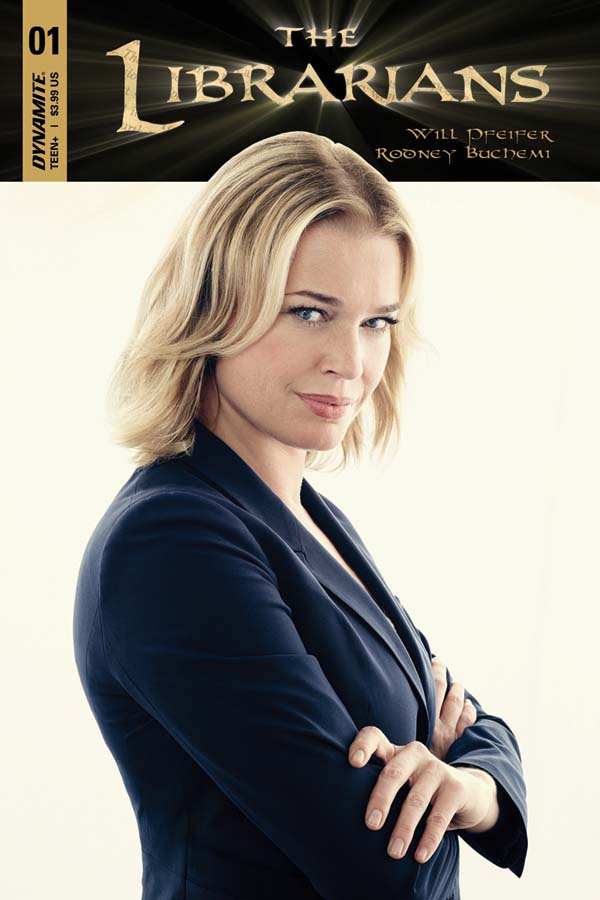 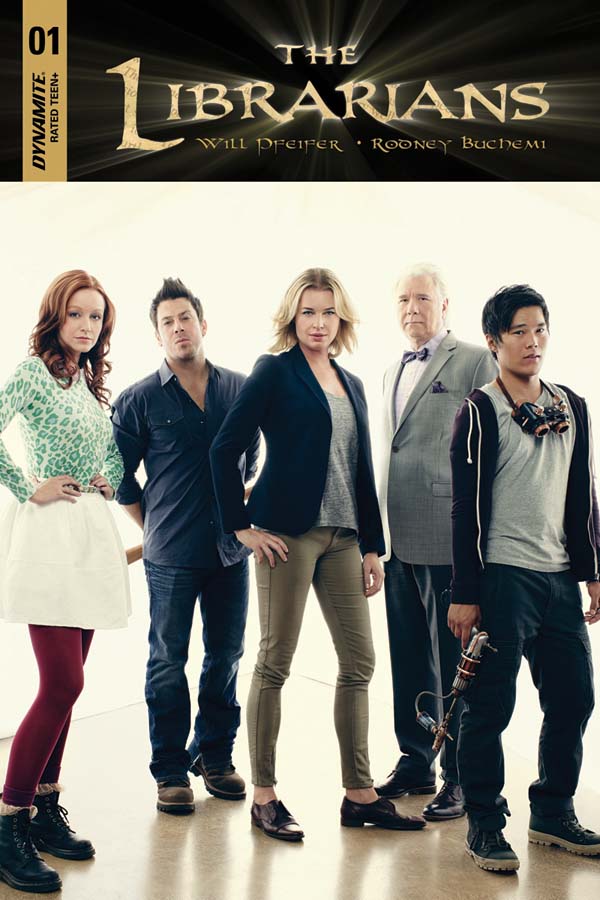