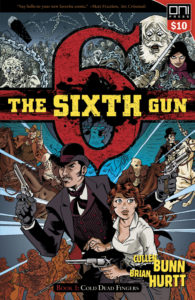 From Cullen Bunn, Brian Hurtt, and Bill Crabtree, the creative team of THE DAMNED!
Perfect for fans of Pretty Deadly and East of West!

Collecting the first volume of the epic series by Cullen Bunn and Brian Hurtt at a low introductory price! During the darkest days of the Civil War, wicked cutthroats came into possession of six pistols of otherworldly power. In time, the Sixth Gun, the most dangerous of the weapons, vanished. When the gun surfaces in the hands of an innocent girl, dark forces reawaken. Vile men thought long dead set their sights on retrieving the gun and killing the girl. Only Drake Sinclair, a gunfighter with a shadowy past, stands in their way. 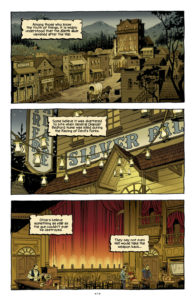 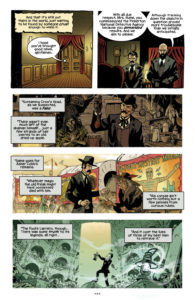 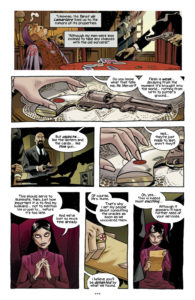 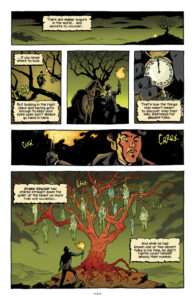 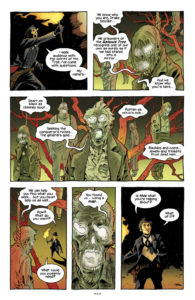 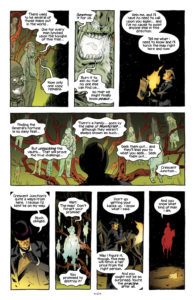 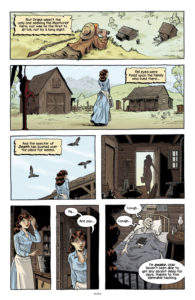 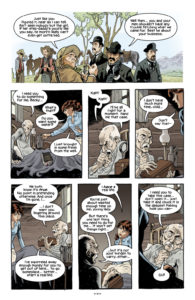 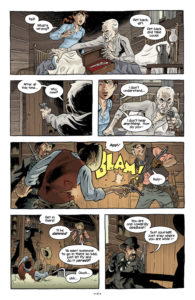 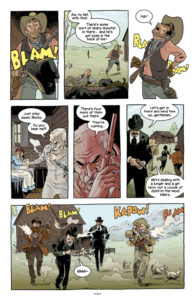 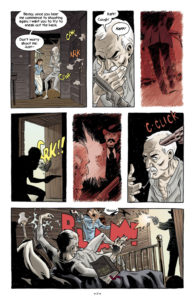 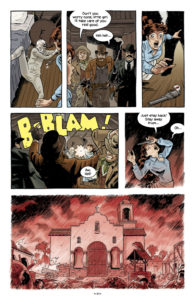 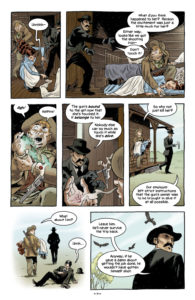 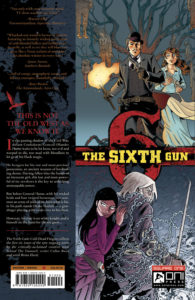 Praise for THE SIXTH GUN
“OH ****! This is a western, a supernatural western with a MAGICAL GIRL! Like, why the **** hasn’t anyone told me THIS about the book?!” The Outhousers View from the Gutters podcast

“Becky Montcrief has to be one of the greatest heroines ever written for comics, period. […] The quintessential supernatural western horror comic, there will never be another like it.” Geek Sushi

“The Sixth Gun is so fun it feels like it was discovered, not created.” – Kelly Sue DeConnick (Bitch Planet, Pretty Deadly)

“As a reader, I love it. As a creator, I give my highest compliment: it makes me bitterly jealous. Long may it make me seethe.” – Kieron Gillen (The Wicked + The Divine, Phonogram)

“More mystery and wonder and adventure in the first six pages than some comics have in their whole lives. Say hello to your new favorite comic.”
– Matt Fraction (Sex Criminals, ODY-C)

“I almost have a hard time quantifying all the qualities of this world that I find wildly entertaining. It is filled with magic, mysticism, horror, and a great sense of adventure that has been built masterfully over several years.” Comicosity