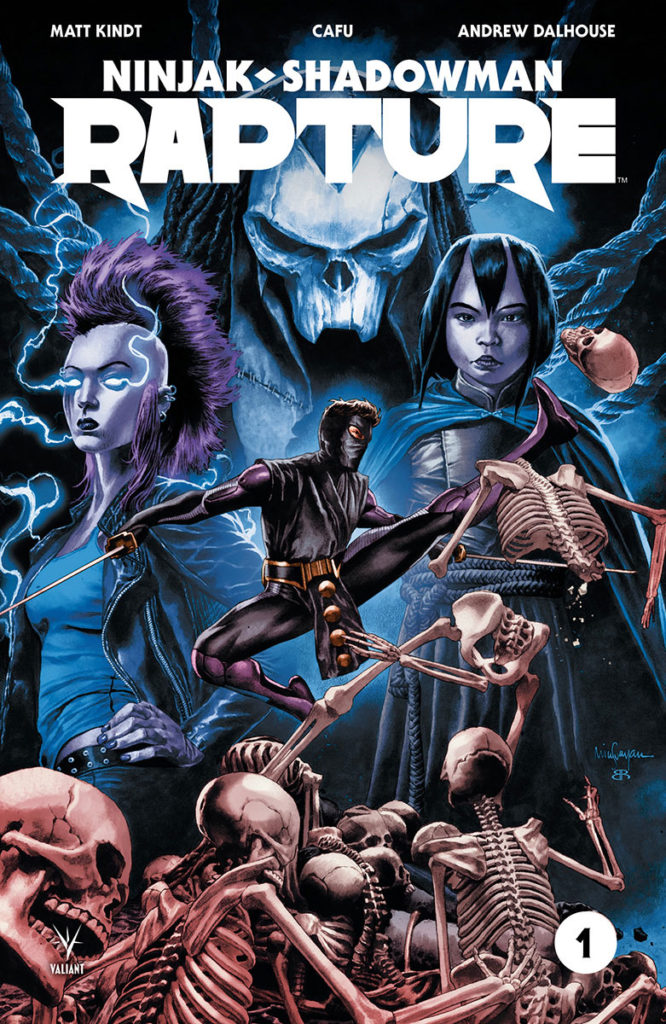 On a scarred landscape, two otherworldly armies prepare to battle one last time, vying for control of a massive tower named from an ancient language no longer permitted to be spoken.One army is led by a primeval force named Babel, whose goal is singular: to breach “Heaven” no matter the cost. The only thing standing in his way is a gray-haired barbaric warrior, filled with rage and regret, a man who sees this battle as his last chance for redemption. But he knows his depleted forces have little chance of victory unless aid comes.Enter Tama: A 12-year old girl on the crest of a hill overlooking the battle, who has just become humanity’s only hope. The last in an ancient line of mystics who protect the Earth, she has foreseen this battle and knows millions will perish if she’s unable to stop it. Now Tama and her ragtag team of malcontents – Ninjak, Shadowman and Punk Mambo – must somehow defeat an elder god hell bent on piercing the heavens.This summer, New York Times best-selling writer Matt Kindt (X-O Manowar) and artistic sensation CAFU (Rai) lead a Tolkien-esque journey into the space between life and death…through the Deadside…and into the many worlds that lie beyond right here with a spellbinding and horrific standalone event!
———-

“Welcome to the Deadside, one of many nether realms and outer dimensions. Its diverse inhabitants include souls of the departed, visitors from other realms, and even the living. For some, the Deadside itself is the afterlife- their final destination in the hereafter- while for others, it is merely a stop on the way to their final reward. To a few, it is the source of mystical powers…”

Tama, a Geomancer tasked with the near-impossible task of shaping the future using barely helpful clues found in an ancient text, is close to reaching her goal. Finding a scroll that she’s unable to decipher- given her connection to all things natural, including the tree pulp the scroll is made of, that shouldn’t be possible- the next leg of her journey takes her to the demon Hanar (also known as Hanni, Auns, and by his own personal preference Amy). “Amy” was imprisoned by the Fallen Azazel for the unforgiveable crime of being incapable of speaking anything but the truth.

Instead of simply demanding that Amy translate the scroll, Tama begins with an act of kindness… a Manticorian Truffle (I have no idea what that is, but apparently it’s delicious)… and Amy relates the entire story behind the scroll in return. The scroll is written in the long lost language of Babel, and gives the location of the fabled Tower of Babel in the Deadside. The tower’s original creator, a sorcerer, intends to use the tower to pierce the heavens. This would open the Liveside, our own dimension, to all of the dangers that would come pouring out of the neighboring realms and planes of existence.

As luck would have it, Tama knows a guy, and that guy is the MI-6 superagent Collin King, aka: Ninjak. If there’s an impossible mission that’s too dangerous, too risky, and possibly leaves the fate of the world at stake, he is The Guy. Given the nature of this particular mission, Ninjak recruits some help of his own to help navigate and overcome the hazards of the Deadside. With voodoo priestess Punk Mambo and the reluctant Shadowman, Tama and Ninjak will embark on an all or nothing bid to save all of reality.

Sure, but with a master assassin, a powerful Geomancer, a voodoo priestess, and the living host of a powerful Loa (voodoo spirit), what could go wrong? Admittedly, I’ve only dipped into Shadowman’s titles, but in this iteration he seems to be a little more interesting. He’s not the typically heroic figure looking to make a difference in the face of adversity. He isn’t particularly interested in using his Loa-born powers, but instead wants to be free of the spirit he’s bonded with. The brooding conflict makes him a little more interesting than in past runs that I’ve looked into.

Writer Matt Kindt, the creative force behind many of Valiant’s top titles, takes a step into the great beyond in this extra-dimensional adventure, and he does it very well. In particular, I got a kick out Tama’s exploits leading up to and including her chat with the demonic Amy. This whole establishing act takes up the first 17 pages of the 25 page issue before we are ever introduced to the other players, and where that might’ve annoyed me in other books it was entertaining as hell in this one. This is helped out by Tama, an interesting and entertaining character all on her own. Her approach to her mission is reminiscent of such unlikely literary heroes as Samwise Gamgee (Lord of the Rings), with her constant prattling dialogue standing at odds with the cataclysmic stakes of Rapture’s story. She understands the potential for failure and its ramifications, but doesn’t seem to think that’s an excuse for slipping into a more negative attitude.

Whereas Tama’s happy-go-lucky demeanor belies the dark future awaiting all life as we know it if she fails, the artwork by Cafu gives us a pretty good look at the twisted environment of the Deadside. As the name of the place might indicate, there are some pretty dark places that Tama has to traverse before she reaches her goal: places like “Skull-Brick Road”, “The Hanging Fields”, and the very disturbingly named (if you were paying attention to your high school biology) “Fluke Mountains”. The backgrounds are rendered with plenty of detail for the reader interested in taking the time to look around… none of the cop-out tactic of rendering the main action and then just hazing out everything else in the panel.

I’m looking forward to the four issue run ahead. If this opening prologue is any indicator, which kept me entertained even though there really wasn’t much in the way of action, things should get really interesting as it ramps up.

I mentioned the NINJA, right? 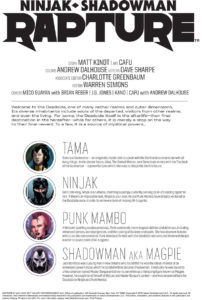 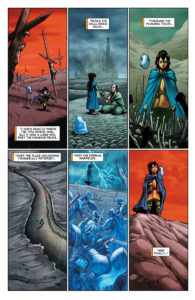 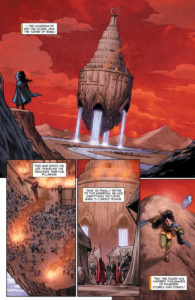 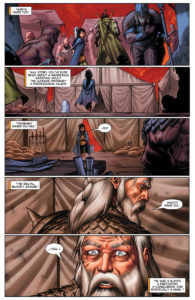 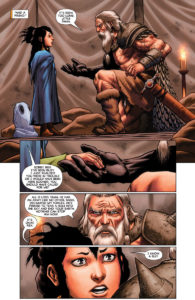 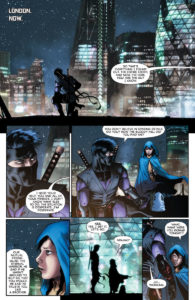 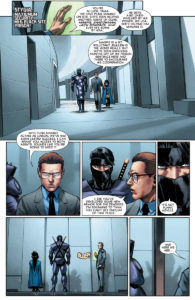 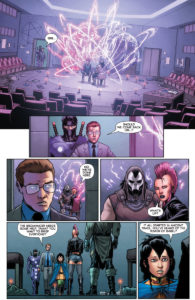