Oni Press is excited to reveal that the next Invader ZIM comic, Invader ZIM #20, written by original creator Jhonen Vasquez, will be available June 14. The issue follows ZIM and GIR on their latest venture as they aim to accomplish… absolutely nothing. Vasquez expanded beyond his regular comic series role to write this brand-new issue. This news comes fresh off of Nickelodeon’s recent greenlight for an all-new, 90-minute Invader ZIM TV movie.

“ZIM fans have marveled as they’ve seen ZIM travel to incredible worlds and performed impossible feats of science fiction madness, but of all the things fans have been waiting for there’s ONE thing that simply hasn’t been attempted yet—UNTIL NOW,” said Vasquez. “That’s right, thanks to the power of comics technology, fans will finally get to see ZIM do ABSOLUTELY NOTHING but sit on his butt and watch TV. Seriously, he just sits and complains while GIR ALSO sits and does even LESS. Don’t say we never do anything nice for you! You’re welcome!”

The continuation of the popular comic finds ZIM and GIR getting sucked into the terrible Earth cartoon show Floopsy Bloops Shmoopsy, which is as disgustingly cute as it is unexplainably addicting. Art and cover art are by series artist Warren Wucinich (Courtney Crumrin) and colors are by Fred C. Stresing (Munchkin).

Nickelodeon’s Invader ZIM TV movie follows the perpetually desperate and delusional Zim as he creates a new and potentially Earth-destroying plan to finally get the attention he deserves from his Irken leaders, the Almighty Tallest. 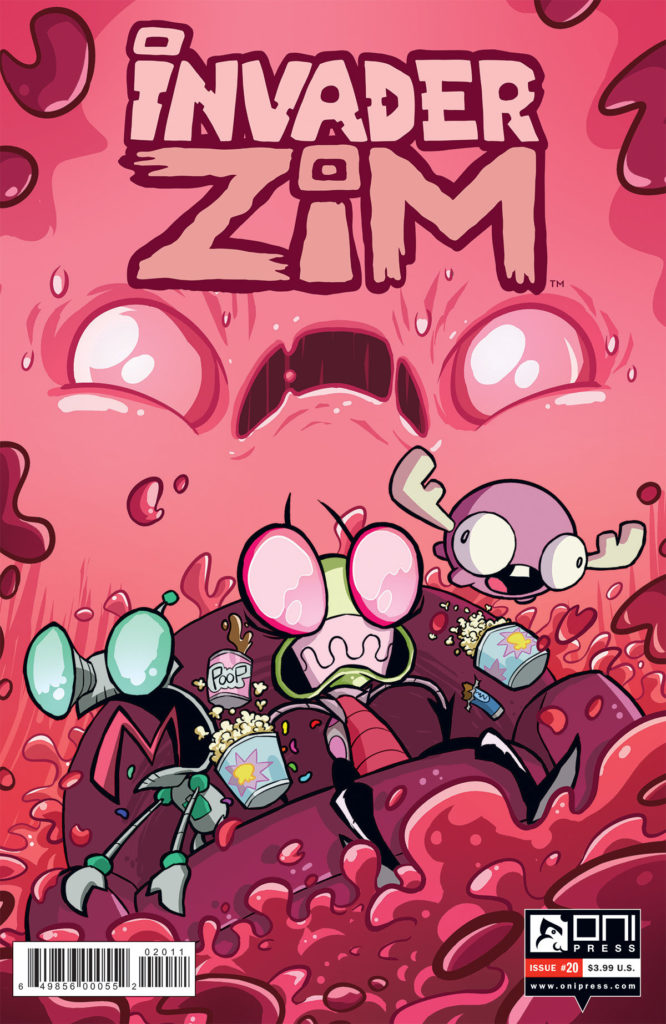 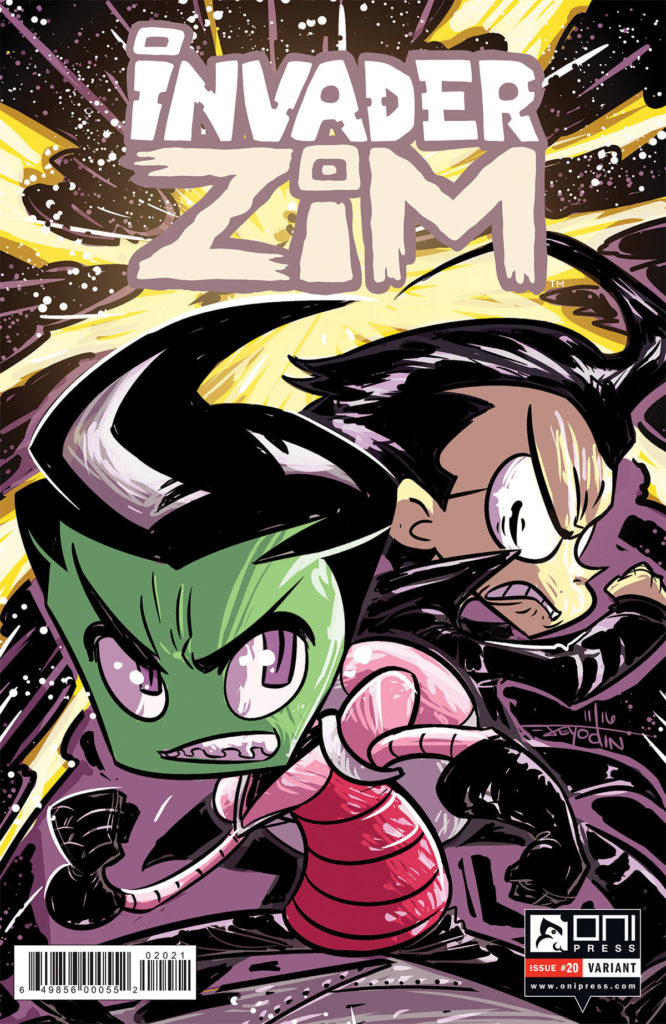