Valiant is proud to present your first look inside FAITH AND THE FUTURE FORCE #1 – the FIRST ISSUE of A SPECTACULAR STANDALONE EVENT launching the breakout hero of the 21st century, Faith, into a centuries-spanning battle alongside Rai, the Harbinger Renegades, Timewalker, X-O Manowar and an army of the greatest heroes of today and tomorrow! On July 26th, history hangs in the balance as Eisner Award-nominated writer Jody Houser (FAITH, Mother Panic), explosive artist Stephen Segovia (WAR MOTHER, Action Comics) and comics legend Barry Kitson (HARBINGER, Fantastic Four) lead an all-star expedition into the time stream that will shake the foundations of the Valiant Universe for all time!

Faith “Zephyr” Herbert – former member of Unity, current Harbinger Renegade, and Los Angeles’ #1 superhero – is the universe’s last, best chance at survival! Centuries from today, a devious artificial intelligence has unleashed a blistering attack on the very foundations of time…one that is unwriting history from beginning to end! Now, with her options exhausted, Neela Sethi, Timewalker – the self-appointed protector of what is and will be – has returned to the 21st century to recruit Earth’s greatest champions of today and tomorrow to oppose this existential threat…and she needs Faith to lead them! But why Faith? And why now?

This summer, the time is nigh to jump on board the stratospheric adventures of Valiant’s Eisner Award-nominated hero as she soars into Valiant’s next standalone event! Find out why Faith is the chart-topping phenomenon that has redefined what it takes to be a hero in 2017…or 2057

On July 26th, Faith rockets out of the acclaimed pages of her monthly series and into the annals of history to lead the most astonishing team of heroes ever assembled! Fly to the farthest edges of the future in a death-defying race to save time itself with mesmerizing creators Jody Houser, Stephen Segovia and Barry Kitson as Faith leads the charge alongside Valiant’s greatest champions…and becomes a new legend for the ages, only in FAITH AND THE FUTURE FORCE #1 – featuring covers by Jelena Kevic-Djurdjevic (DIVINITY), Kano (Daredevil), Marguerite Sauvage (FAITH), and Felipe Massafera (Shaper)! 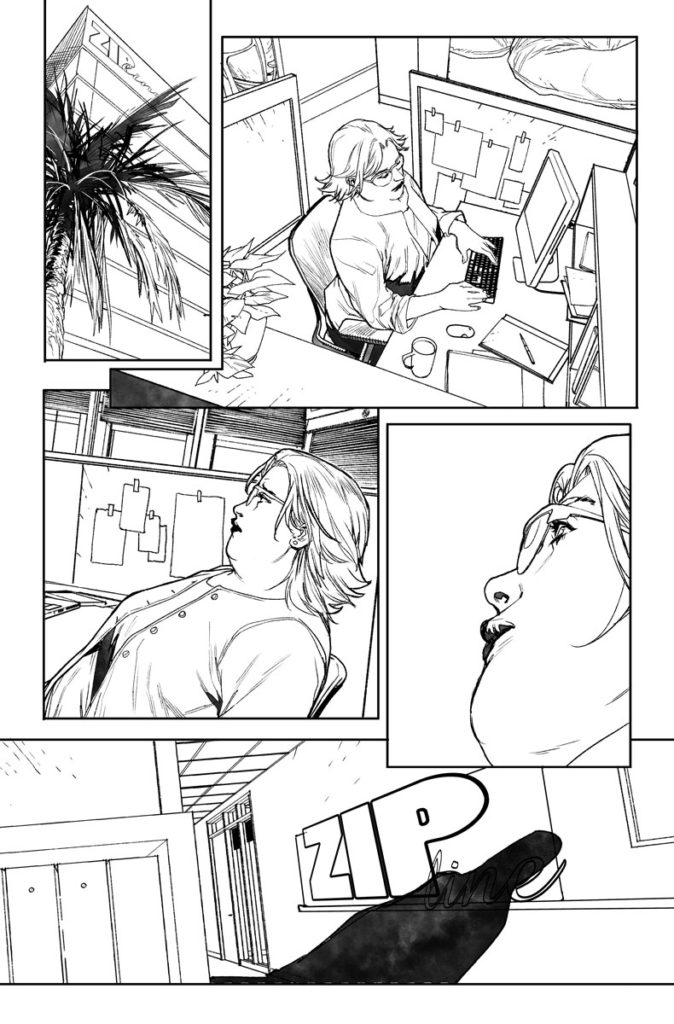 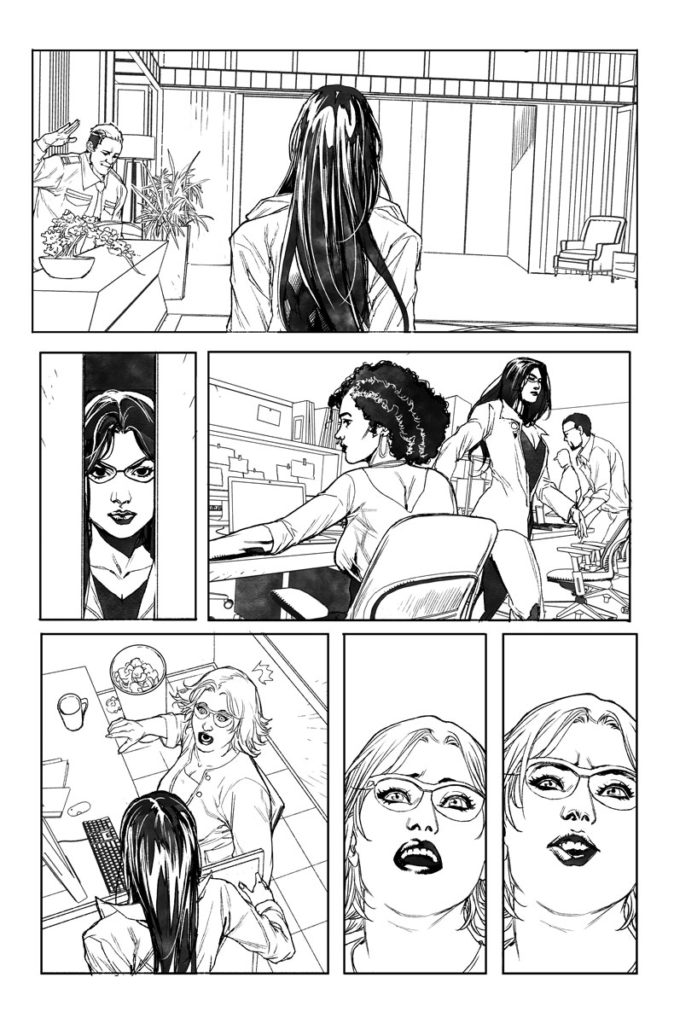 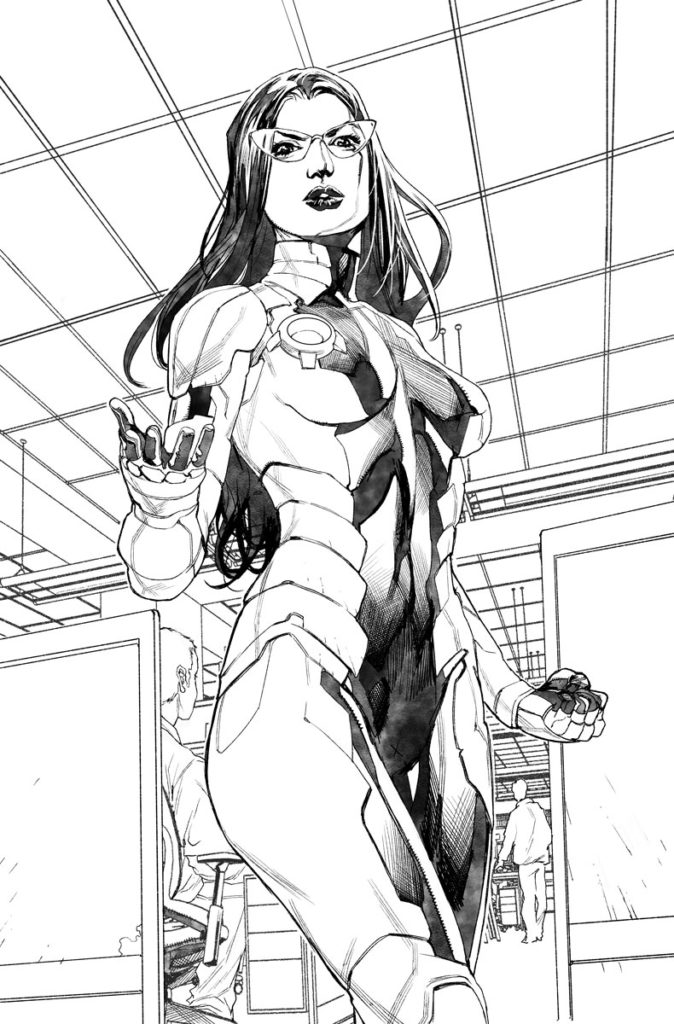 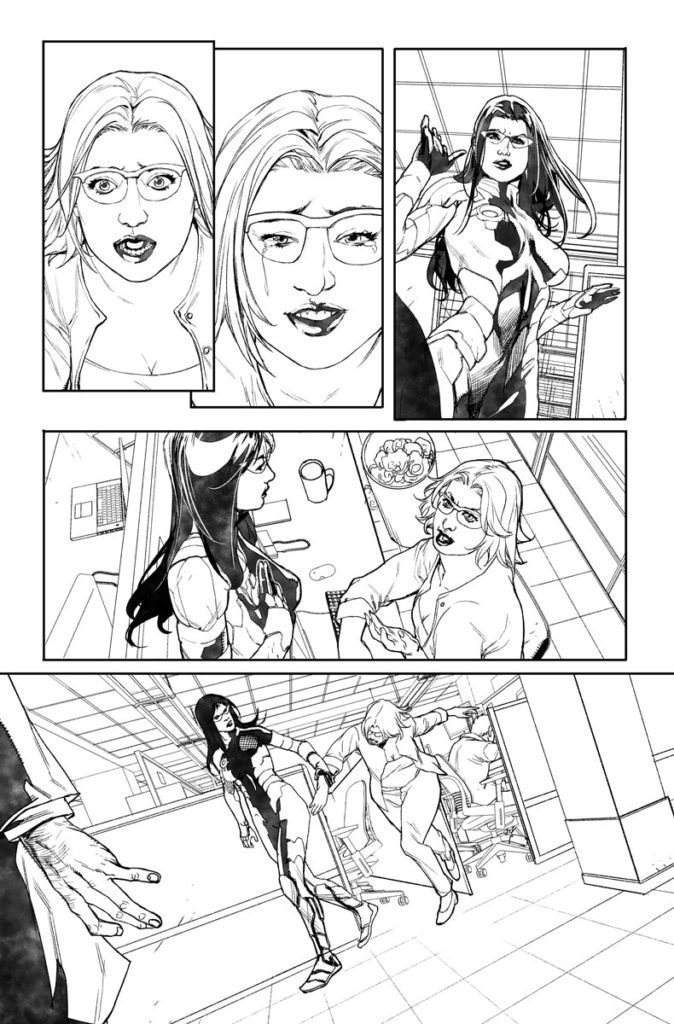 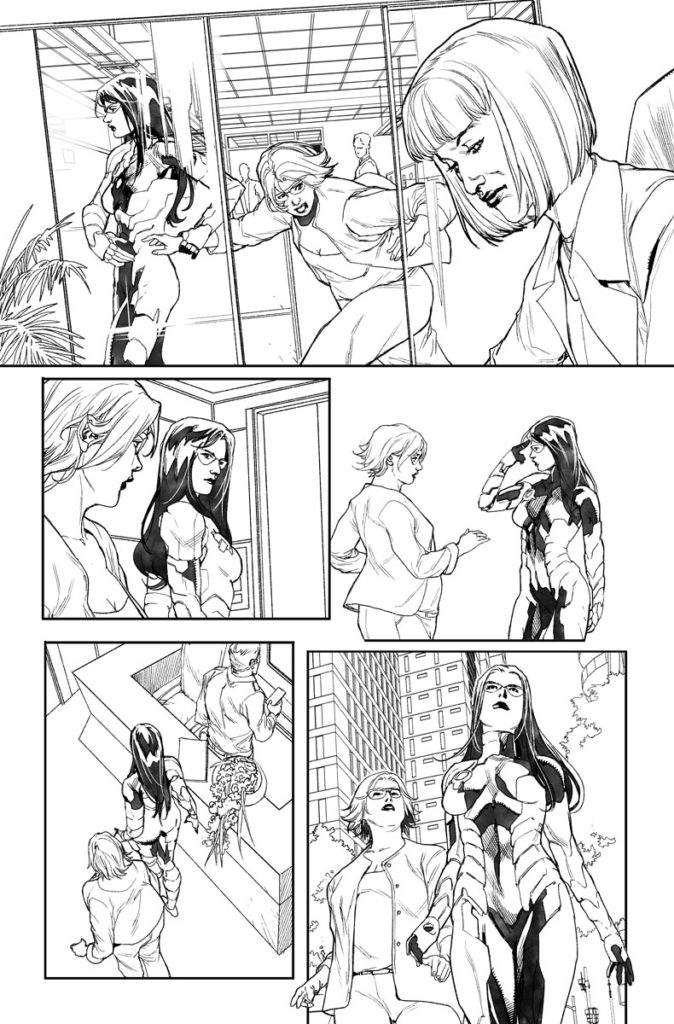 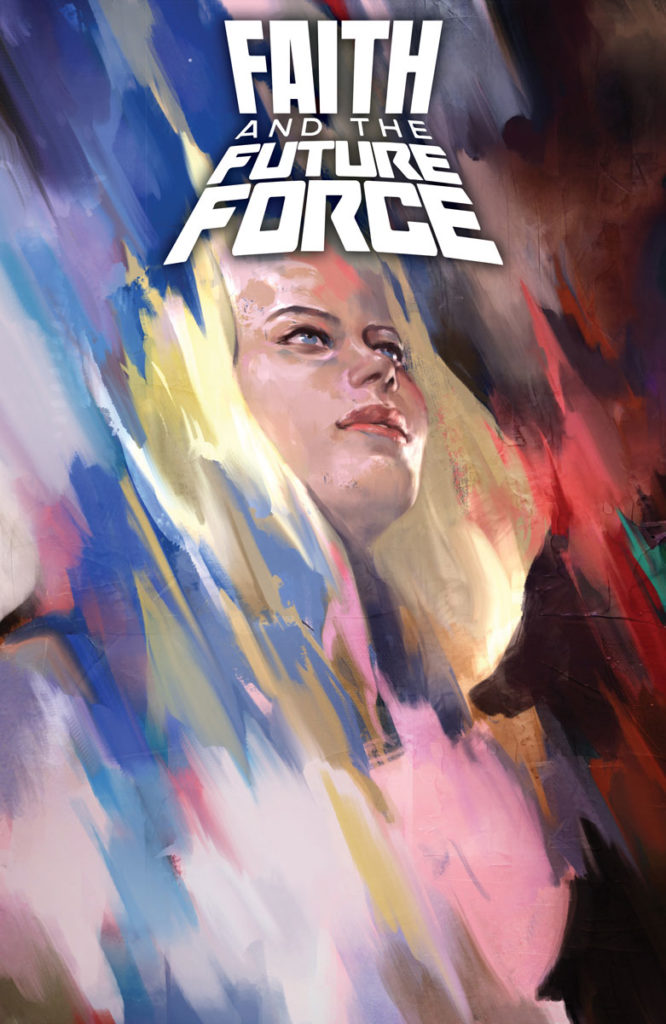 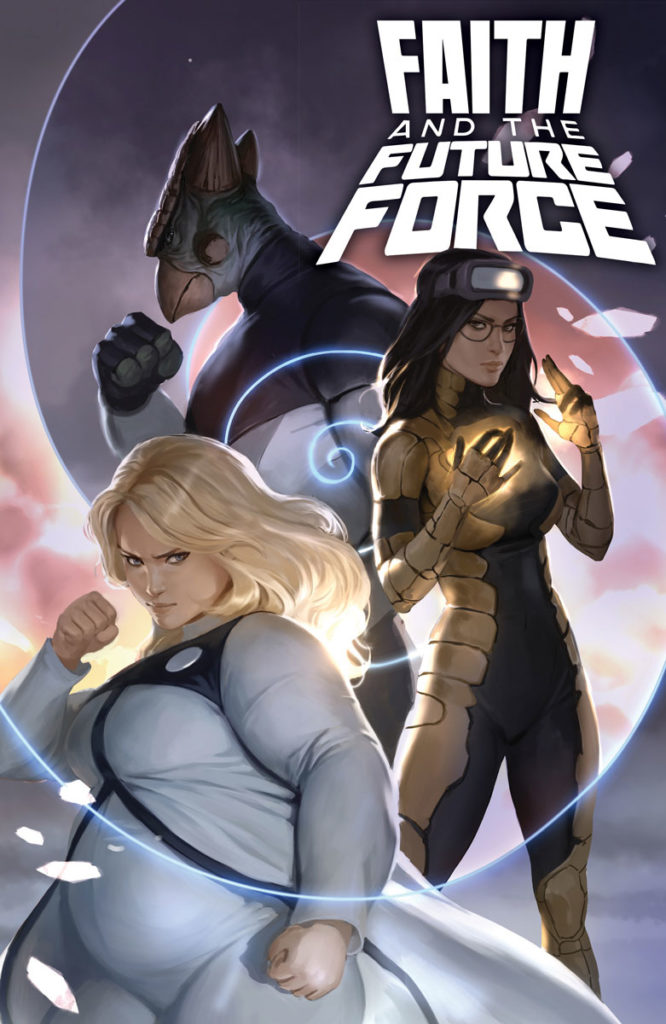 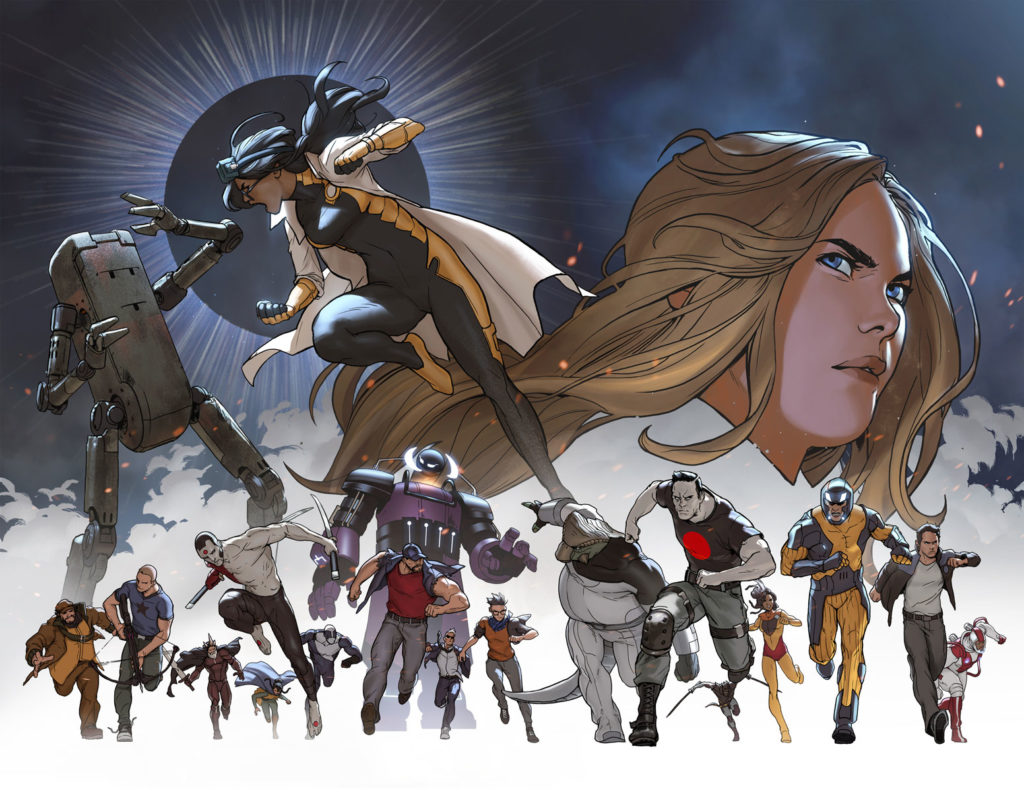