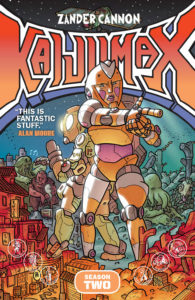 For those of you who missed the incredible Kaijumax Season One, our hero Electrogor and the Green Humongo caused a nuclear explosion at Kaijumax prision, and they’ve made a break for it. This season deals with convict monsters on the run, kaiju trying to fit into society, Electrogor’s search for his family, and Chisato finding meaning in her new job.

Much like the first season of Kaijumax, the bright colors and seemingly friendly kaiju makes you think this might be a kid’s book, but DO NOT BE FOOLED BY APPEARANCES!!! Under the guise of this simple prison break story (and the adjacent sentient mecha sub-plot), you have the con on parole who is trying to go straight when everyone treats him like a criminal, children of all ages facing abandonment issues, drug addiction, prostitution and racism everywhere.

Zander Cannon wrote this deeply layered tale of life on the scaly side that includes some serious stuff along with a lot of really cool Ultraman-type moments. Somehow he makes the sweet and cuddly-looking kaiju every bit as dangerous as they really would be, but the monsters aren’t always kaiju. It’s a children’s cartoon bent in a different and quite adult way, with all the redking swearing going on. The last panel, whether you are a parent or not, will kill you. It’s a thing of monstrous beauty, and with that cliffhanger you know that Season Three will be even more kaijutastic. Cannon, you megafauna spawn of a…. 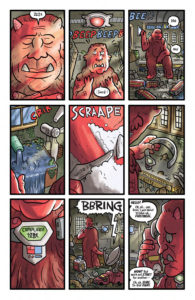 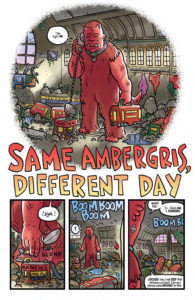 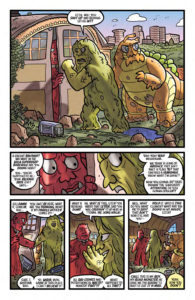 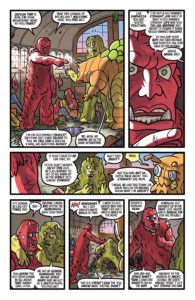 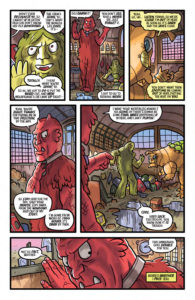