For years, Gorilla Tango Burlesque has been a headliner in bringing geek-centric Burlesque fun to the Chicagoland area!  They have continuously pushed creative barriers and brought the adult fun to the pop-culture-driven-sphere.  They have some amazing shows lined up during C2E2!

Check out the line up below and order tickets here!

Trouble is brewing in the busty kingdom of Breasteros. When the honorable Lord Ned Stark-Naked is called to the capital to help his king defend the Glitter Throne from a sexy threat to the east, he enters a world of scandalous intrigue. Join Ned as he encounters as many of your favorite characters as we could conceivably fit into an hour-long show – incestuous twins, an irresistible horselord, the only bastard hot enough to melt the ice at the Wall, and of course, dancing direwolves. Ned soons learns there’s only one way to survive in Breasteros: when you play the Game of Thongs…you strip or you die.

Ages 18 and over only.
Duration: approximately 60 minutes. 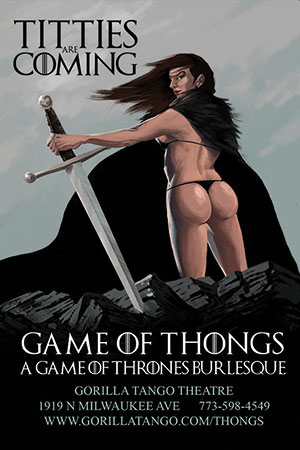 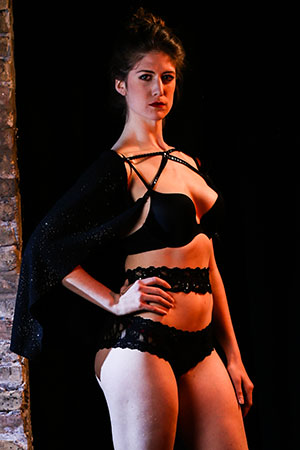 A sexually frustrated farmer, Luke Skywalker, is longing to rescue the luscious Princess Leia, prisoner of the sadomasochistic villain, Darth Vader. They’ll need some help along the way from a few malfunctioning droids, a rouge she-hunk named Han Solo and a Wookie companion (who never wears pants!) to rescue her heiney-ness. Of course, along to guide them is the senile but sensual Obi-Wan-Kenobi. Join this motley crew of geek girls as they take you on a burlesque parody journey of bad haircuts, oddly sexy aliens, cheap special effects, and disco grooves. Don’t make us FORCE you to come!

Help us Star Wars geeks/burlesque lovers… you’re our only hope…for partial nudity. Ages 18 and over only. Duration: approximately 60 minutes. 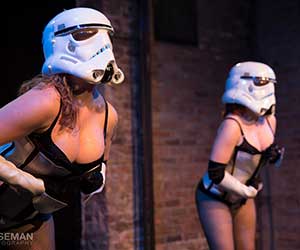 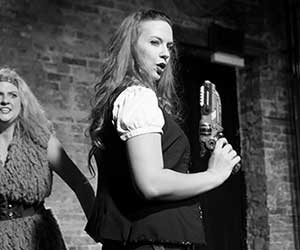 Originally scheduled for a July opening, the overwhelming response of excitement has driven us to bring you the latest parody show from Gorilla Tango Burlesque even sooner! Stranger Thongs: A Stranger Things Burlesque comes to Gorilla Tango Theatre June 3rd, 2017! 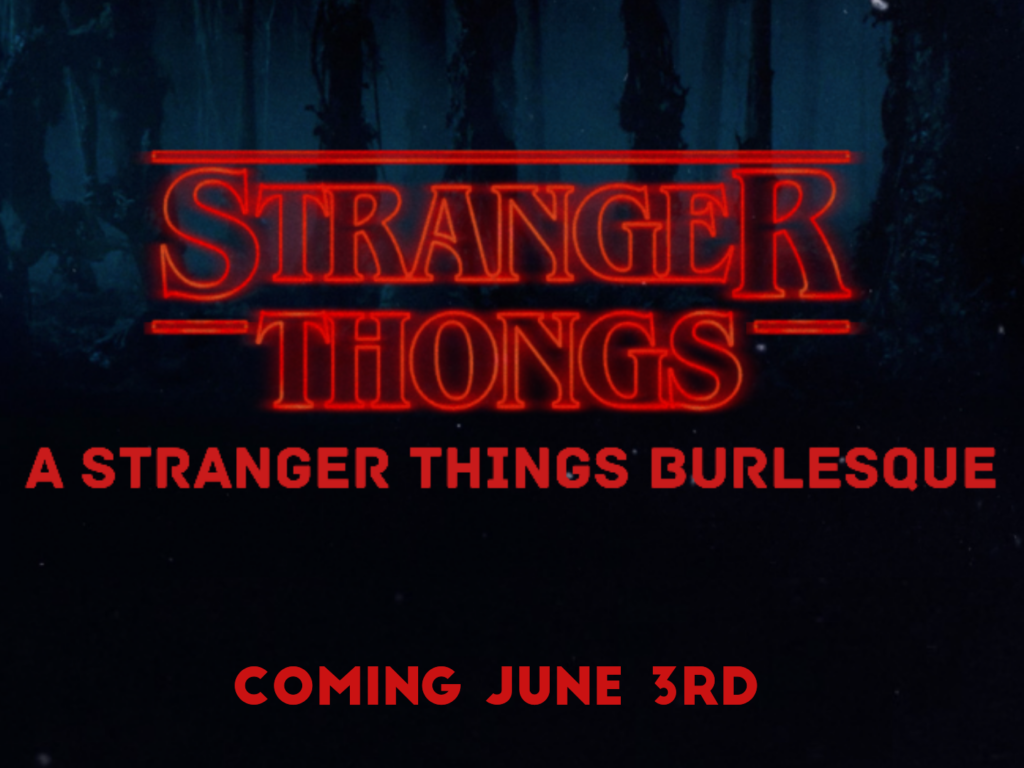