What if your greatest ally was secretly your greatest enemy? Beginning May 3rd, prepare for Marvel Comics’ SECRET EMPIRE! Blockbuster creators Nick Spencer, Steve McNiven, Andrea Sorrentino and Leinil Yu are ready to challenge the entire Marvel Universe as they unite the Avengers, X-Men, Defenders, Champions, Inhumans, Spider-Man, and more, as an unwavering front against the SECRET EMPIRE!

The Marvel Universe is under siege from within! Due to the manipulations of the Red Skull, Captain America, secretly a true believer in the cause of Hydra, uses the trust and respect he has gained over the years to a position where he can enacts Hydra’s ideals against the Marvel Universe and it’s up to all heroes to unite against one of the greatest challenges they have ever faced.

Marvel’s Editor-in-Chief Axel Alonso said, “SECRET EMPIRE is the rallying cry for all the heroes — Avengers, Guardians, Defenders, X-Men, Spider-Man, Deadpool – to put aside their differences and unify in the defense of the Marvel Universe.”

That unification is what will be needed to confront Steve Rogers since all the heroes close to Cap have been be influenced by him over the years. SVP and Executive Editor Tom Brevoort said, “Our heroes will be tested both physically and morally against one of the most trusted heroes of all time and that’s the aspect of this story our characters face and what forces them to come together.”

Forged together as one – the Avengers, the Champions, the Defenders, the Guardians of the Galaxy, the Inhumans, the X-Men, and more will be tested as Hydra’s grip tightens around the Marvel Universe and SECRET EMPIRE unleashes a horde of villains against those who have sworn to protect the innocent. Be here as SECRET EMPIRE launches this May from Nick Spencer, Steve McNiven and Marvel Comics.

SECRET EMPIRE #1
Written by NICK SPENCER
Art by STEVE MCNIVEN
Cover by MARK BROOKS
On Sale in May! 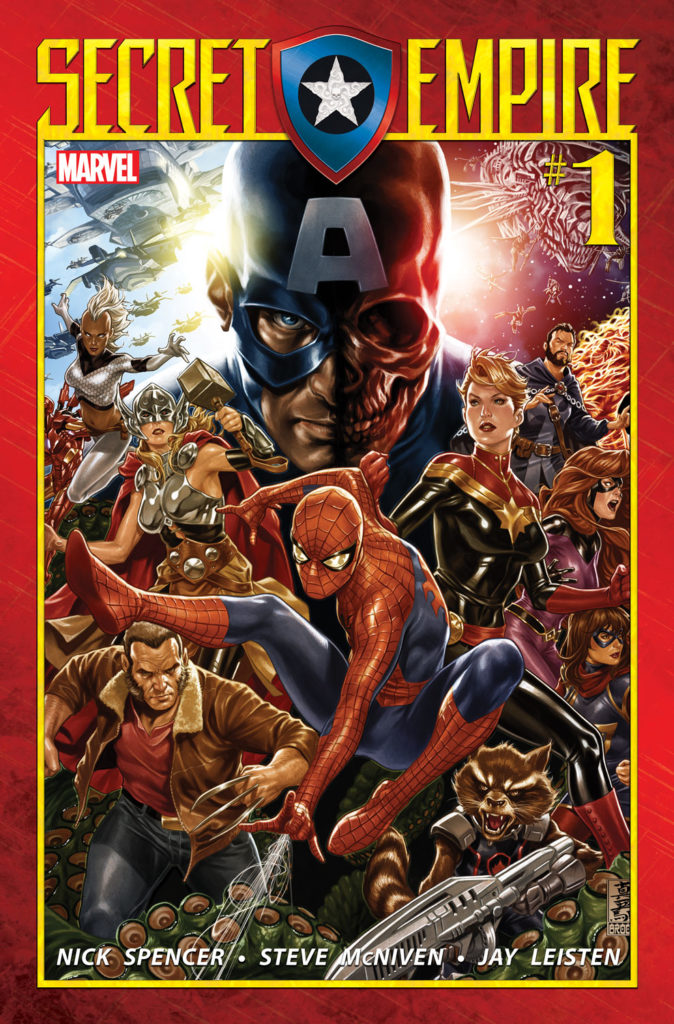 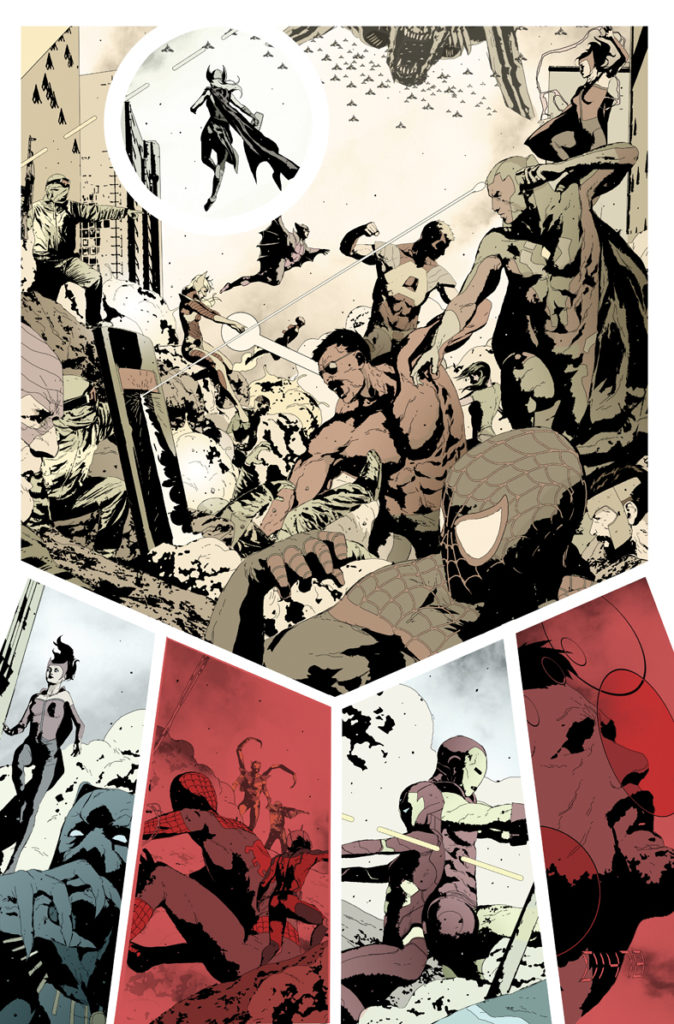 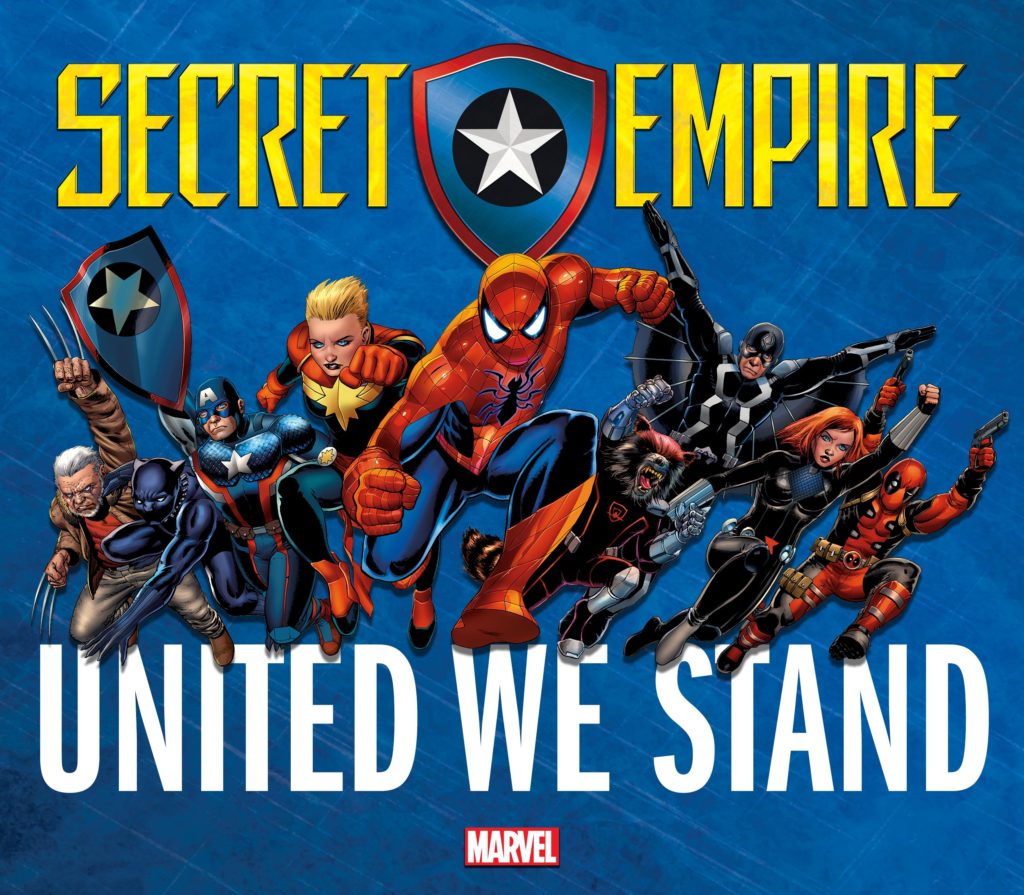