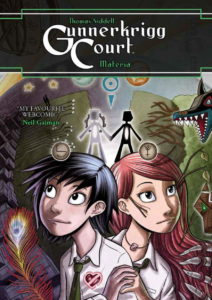 Being a teenager is tough. Even more so at the magical and mysterious school, Gunnerkrigg Court. Antimony Carver and her best friend Kat continue to uncover terrible secrets about the eccentric school, as their second year comes to a close. If navigating the dangerous world of teenage relationships wasn’t hard enough, Annie and her fellow Mediums In training learn that there is far more to their powers than they could have imagined. They must take things into their own hands if they want to get to the bottom of the Court’s dark past.

After some time away from the Court, Antimony “Annie” Carver has some making up to do. When she took off to find out more about her fire elemental ancestors, she left her bestest bud Kat without so much as a “catch you later”. Now after six weeks living among the Anwyn (tree elves), Annie has returned to Gunnerkrigg to continue her education, expand her horizons, and find just what other secrets the old school has to offer. First, though, she’s determined to grovel her way back into Kat’s good graces, concocting a series of overly convoluted plots and tall tales designed to suck her friend back in. What Annie doesn’t know is that Kat isn’t even all that mad… she’s just seeing how far her friend is willing to go to get the job done.

Fans of the Harry Potter series, Mrs. Peregrine’s school for the Peculiar, and maybe even the scholastic side the X-Men comics, should have no trouble at all finding something to like about Gunnerkrigg Court. It’s got talking wolves, intelligent robots, and a Minotaur named Basil. The girls’ dormitory for this year is a retro-fitted deep sea drilling platform designed and monitored by a giant crustacean named Lindsey, who has a PhD in engineering and is a licensed couple’s counselor (her husband Bud looks after the boys’ dorm).

Yes, by now the word “whimsy” should be firmly rooted in your forebrain, because that is exactly the tone of this series. It’s a non-stop narrative that indulges the most fantastic pieces of creator Thomas Siddell’s imagination, and is at its best when it’s at its most chaotic. Personally, I think Siddell would be one helluva guy to toss back a few beers with. If we could get him and Gary Larson together in the same pub, it could very well trigger some kind of quirky apocalypse where dino-demons named Mort experience moments of self-doubt over how scary they are (yup, that’s in the book).

At a hefty 325 pages, plus some bonus material and art, volume 4 of the series that Neil Gaiman has declared as his “favourite webcomic” should give all but the most straight laced and serious minded a case of the grins. I am one of the stodgiest and most curmudgeonly people I know, and even I had my share of laugh out loud moments.

You’ve got nothing to lose but your misconceptions about reality, so step on up and give it a go. If it’s an image thing, I promise I won’t tell anyone (but I hear Mort’s kind of a blabbermouth). 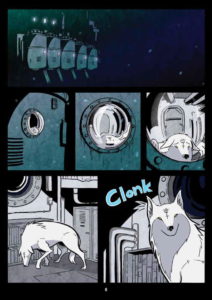 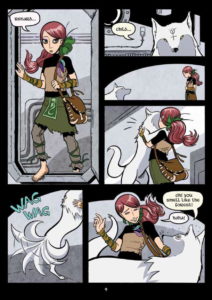 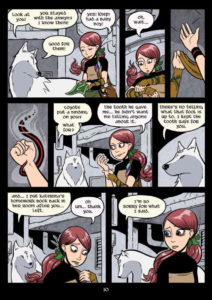 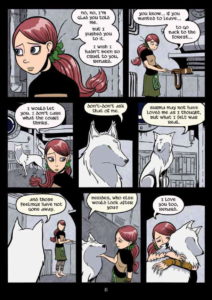 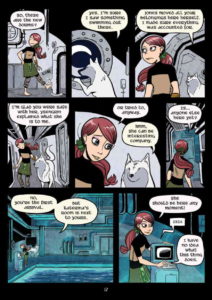 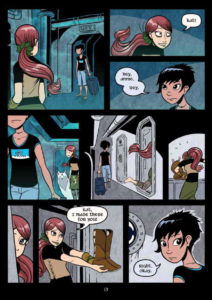 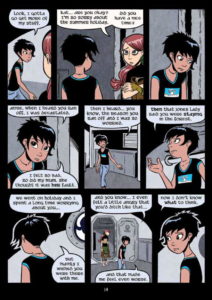 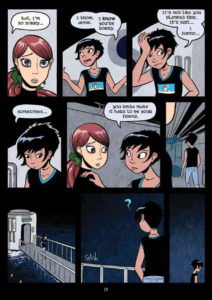 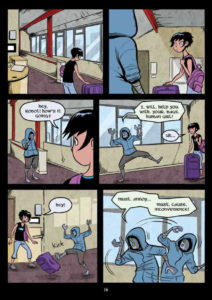 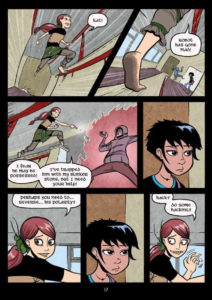