In 2013 Academy Award nominee JEREMY RENNER and writer/producer DON HANDFIELD created THE COMBINE, a production focused on high quality, dynamic and emotional storytelling.  The company is currently producing THE FOUNDER starring Michael Keaton and the new scripted series KNIGHTFALL premiering on The HISTORY CHANNEL in 2017.  Now they’ve set their sights on the comics industry with a plan to bring the same high quality dramatic storytelling to the graphic novel format.  Partnering with RED 5 COMICS, THE COMBINE will present its first comic series in January 2017.

Presented by JEREMY RENNER and written by KNIGHTFALL creators and executive producers DON HANDFIELD and RICHARD RAYNER, THE RIFT tells the story of a single mother, Mary Ann, and her son, Elijah, whose lives change forever after witnessing a WWII fighter pilot from 1941 crash-land in present-day Kansas.  They find themselves drawn into the work of SECTION 47, a secret government organization responsible for responding to Rifts that open in space and time.  Section 47 – so named because they have only 47 hours before these Rifts close – must safely send all matter from the past back through these portals before time runs out or else the Rifts go nuclear.

Past disasters have been covered up by well-known incidents like Roswell, Chernobyl and Three Mile Island.  The scientists believe it’s a matter of physics, but Mary Ann suspects something more spiritual in nature.  She believes people arriving from the past have unresolved problems that must be settled before the rifts can close without harm.

THE RIFT will be four issues running from January to April, 2017 with an additional story in the RED 5 2017 FCBD issue. 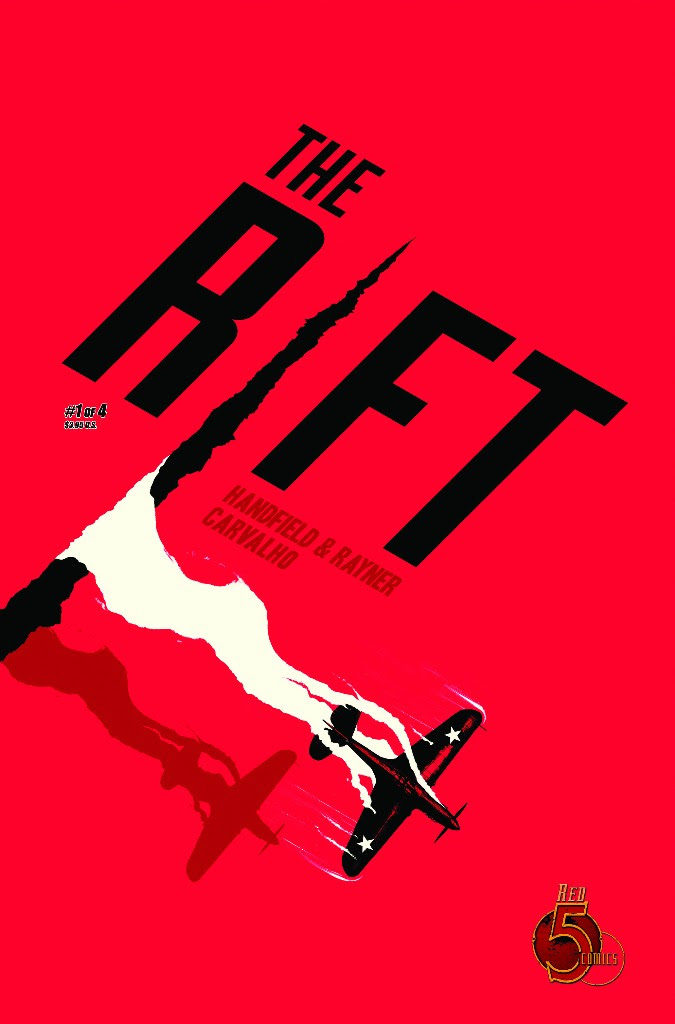 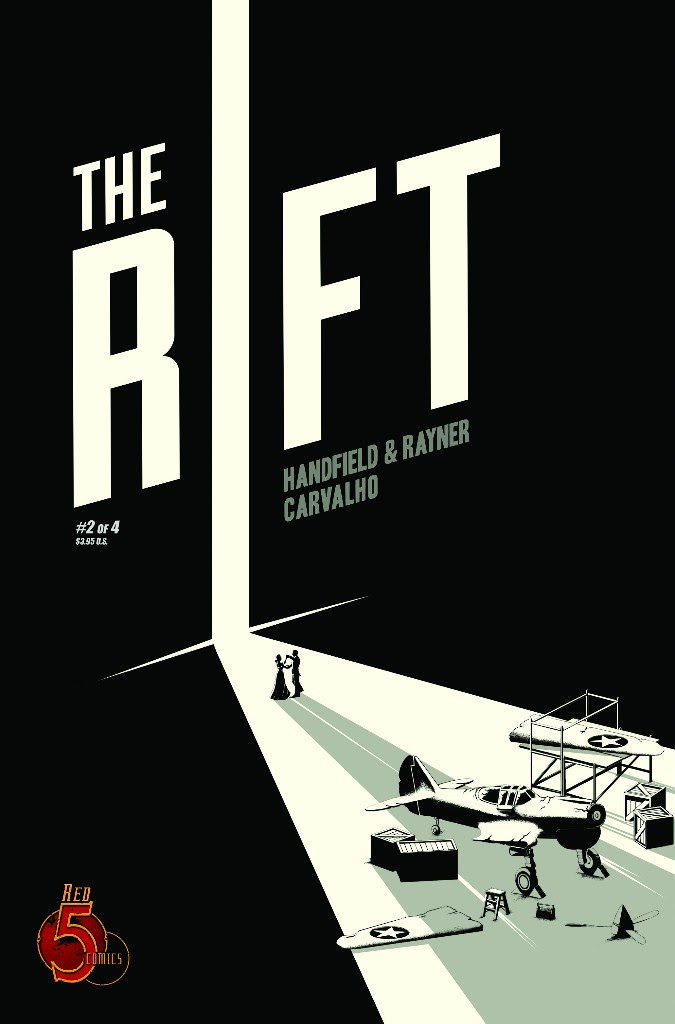