This December, the world you know is gone… Welcome to the Stalinverse, comrade!

Valiant is proud to present an advance preview of DIVINITY III: KOMANDAR BLOODSHOT #1 – the first of four essential, one-shot specials chronicling the history behind the brave new world that has reordered the Valiant Universe as we know it in the pages of DIVINITY III: STALINVERSE! On December 28th, find out how Valiant’s blood-stained icon marched to the forefront of the global Soviet war machine as New York Times best-selling writer Jeff Lemire (BLOODSHOT REBORN, Death of X) and superstar artist Clayton Crain (4001 A.D.) re-assign the KGB’s deadliest covert operative from Mother Russia to the mountains of Colorado to eliminate a freedom-fighting terror cell charged with spreading the infection of American patriotism!

He’s put down protests, led the purge of political undesirables, and executed dozens of traitors to the Soviet super-state. His name is Komandar Bloodshot…and his existence is a hushed whisper among the terrified populace of the 21st century’s global Soviet Union. But just who is this unrelenting enforcer of state superiority… and what is the shocking truth about his power, his allegiances, and his true identity?

On December 28th, be there as Jeff Lemire and Clayton Crain lead Komandar Bloodshot out of DIVINITY III: STALINVERSE #1 (of 4) and into a gut-wrenching mission in the middle of the American heartland. Valiant’s first reality-shattering event explodes outward as the Stalinverse transforms its greatest heroes into agents of the Iron Curtain, only in DIVINTY III: KOMANDAR BLOODSHOT #1 – featuring covers by Clayton Crain (Carnage), Ryan Bodenheim (The Dying & The Dead), Greg Smallwood (Moon Knight), Trevor Hairsine (DIVINITY III: STALINVERSE) and Kano (Daredevil)!

Plus: The fight to overthrow the CCCP’s worldwide Communist regime begins in DIVINITY III: STALINVERSE #1! On December 21st, Valiant’s seven-time Harvey Award-nominated sci-fi epic expands to a startling new scale as New York Times best-selling writer Matt Kindt (4001 A.D.), artist Trevor Hairsine (X-Men: Deadly Genesis), inker Ryan Winn (X-O MANOWAR), and colorist David Baron (BLOODSHOT REBORN) forge a new world in the image of god-like cosmonaut Abram Adams and unleash a disturbing new vision… One where a worldwide Soviet empire now rules a world order… The Iron Curtain extends across continents, shattering governments and armies in its wake… And the communist global super-state rules not only with an iron fist, but with powers far beyond the comprehension of mortal men.

Not a dream… Not an alternate reality… This is the Valiant Universe of today, and the Stalinverse’s subversive spread continues in DIVINITY III: ARIC, SON OF THE REVOLUTION #1 on January 18th! In the wake of DIVINITY III: KOMANDAR BLOODSHOT #1, join acclaimed writer Joe Harris (Snowfall, The X-Files: Season 10) and Valiant-exclusive superstar David Lafuente (Ultimate Spider-Man) as they reveal what happens when Valiant’s leading legend – the unstoppable X-O Manowar – becomes the supreme fighting force of the CCCP in the next must-read one-shot torn from the past and present of the Stalinverse! 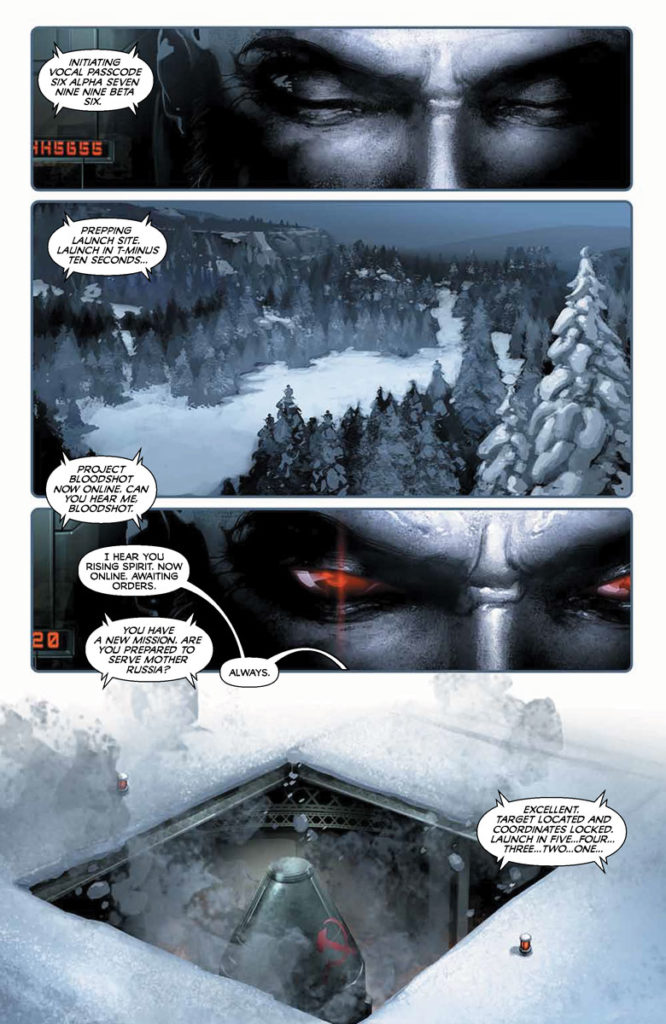 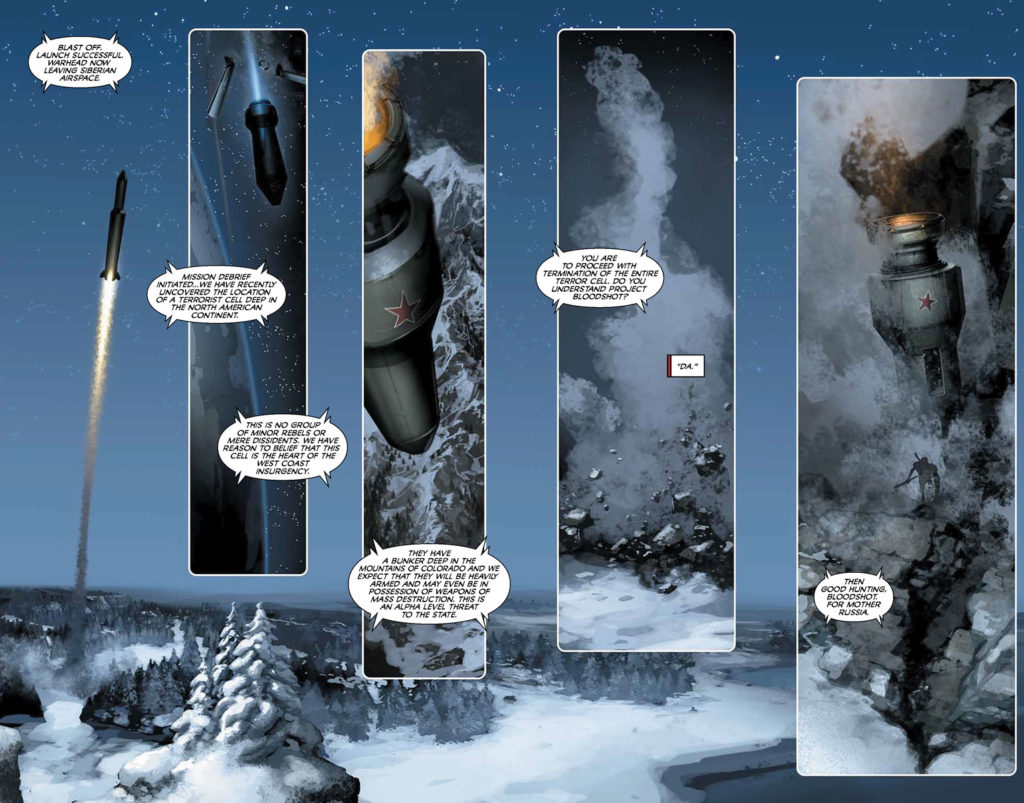 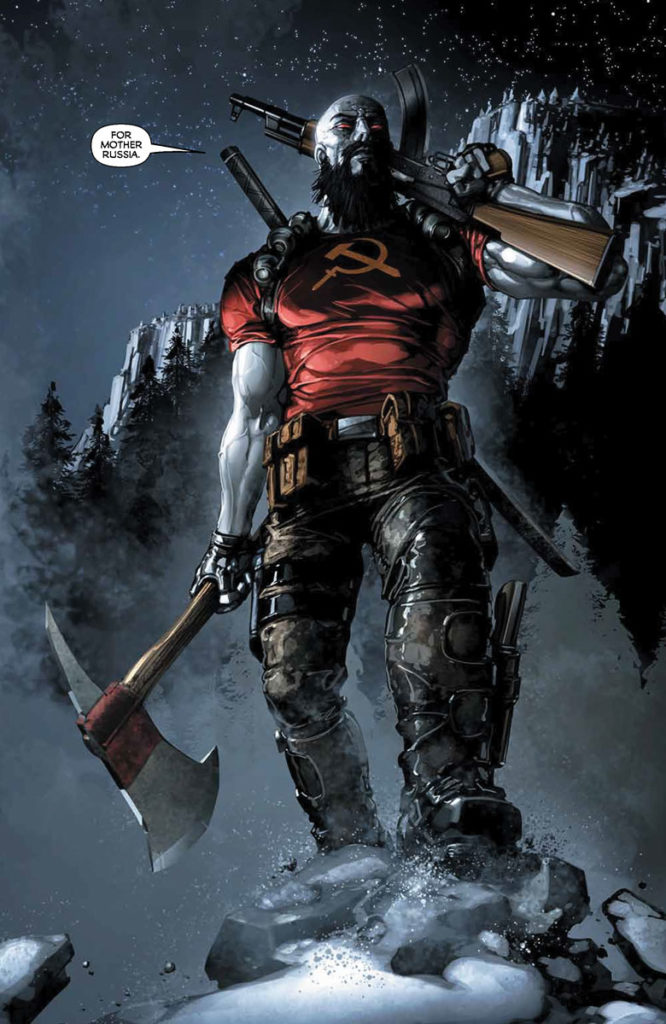 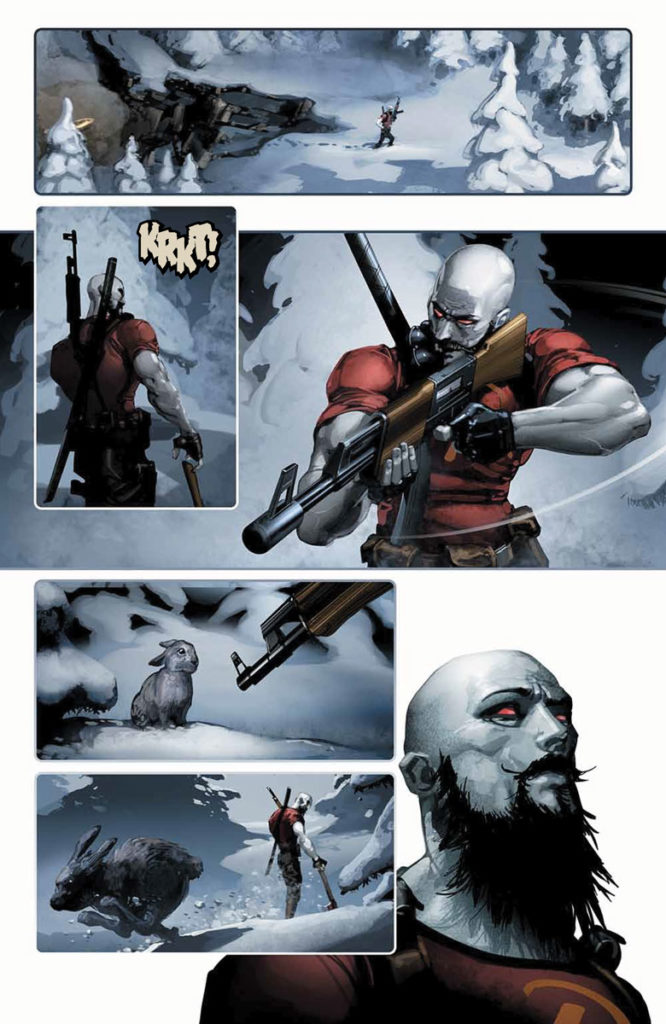 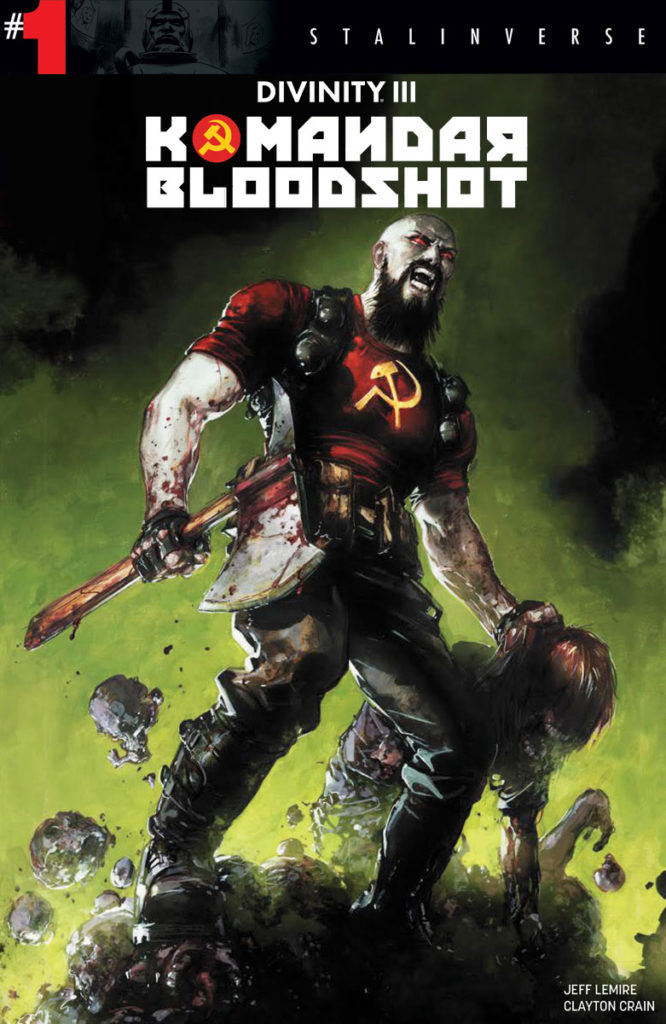 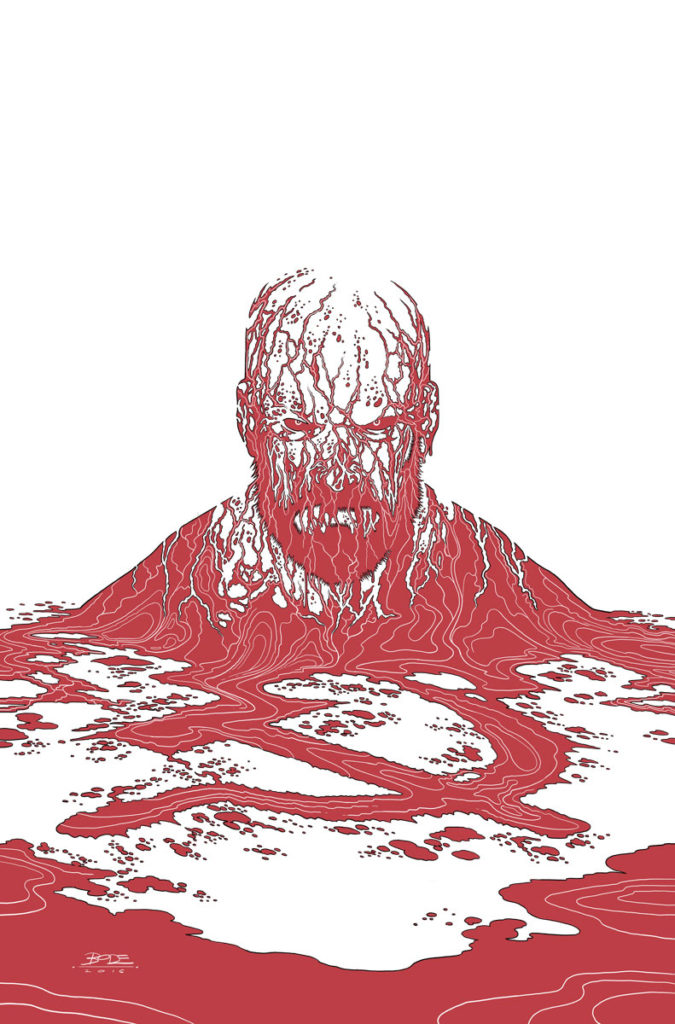 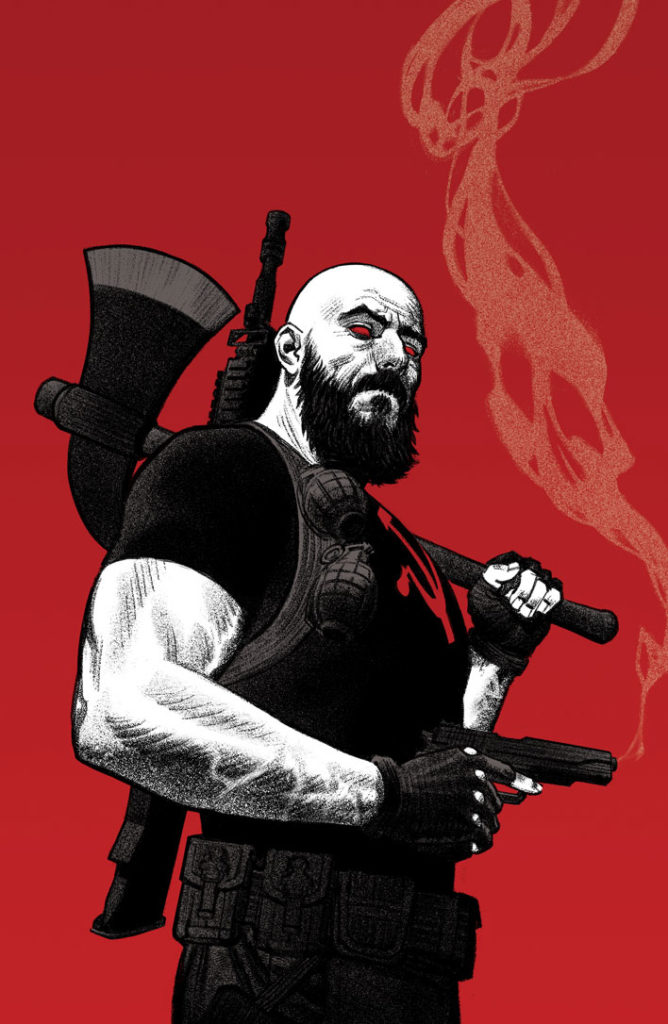