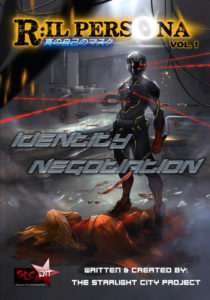 Awakening in the war ravaged era of Post Cataclysm Year: 693, an enigmatic and powerful young man known only as Rade finds himself lying face to face with a woman that has been brutally murdered.

With no recollection of his past or even his own name, Rade must quickly come to terms with the mysterious circumstances surrounding his memory loss and the peculiar woman’s demise, as he is immediately thrust into a series of violent confrontations that will put his extraordinary abilities to the test.

As the saga of R:ILPERSONA begins to unfold, what will Rade find lurking beneath the mask of amnesia that conceals his true self: An innocent person, unwillingly thrown into a maelstrom of madness?

Or a monster, that will leave death and destruction in its wake…?
———-

Thirsty for some manga-styled cyberninja mayhem? Step right up and check this very cool online labor of love. Rade wakes up surrounded by dead bodies. He has no idea who he is or how he got to be there. He also has no clue how he wound up wearing the state of the art armor he’s sporting, or why everyone around him is trying to kill him. Everyone but the mysterious woman calling herself Strykes, wearing combat armor similar to Rade’s. While not necessarily friendly, she’s at least seemingly familiar with Rade and is surprised to find him in his current state of amnesia induced confusion.

As it happens, Rade and Strykes are part of an elite assassin team called the Diavolo Unit, fighting on the side of the Holy Starlight Supremacy against the Republic of Sol. They are both counted among the infinitesimally small number of people, .0027% of the galaxy’s population, able to tap into the mysterious Ether Force and use it to power some amazing offensive abilities. None of this is really all that important to Rade right now, though. What he’s really interested in finding out is how he wound up in the middle of all this chaos, and to learn the truth behind his identity. Strykes isn’t really much help in that regard, as Diavolo Unit isn’t allowed to divulge individual identities to fellow teammates. All she really knows about Rade is what he does as a fellow operative. Judging by the pile of bodies surrounding Rade when she found him, he’s apparently very good at what he does.

As a high octane science fiction action comic, R:Ilpersona fires on pretty much every cylinder. The manga inspired artistic style is naturally suited to the subject matter, and the action scenes zip along at a rapid fire pace. The violence is both gratuitous and graphic, very much line with classic manga titles like Fist of the North Star or Appleseed. The writing does a good job of reflecting the individual characters, although I’ll admit that at this point I’ve only really had time with Rade and Strykes. The dialogue is surprisingly good, much better than many of the online webcomics I’ve seen. I’m looking forward to dipping a little more into the characters, to see how they continue to play off of each other, particularly as Rade discovers more about himself and his past.

If you’re looking for a hard copy of the series, that can be found in trade paperback form through Amazon, attached to a $20 price tag. If you’re looking for more bang for your buck… and these days who isn’t… I’d recommend the digital downloads available at the R:Ilpersona website itself for a much more reader friendly cost of $5. If none of this sounds interesting to you, if you’re not sure you want to invest any of your hard earned cash sight unseen, that’s the best part! You can read the series in its serialized form, also directly at the website.

Do yourself a favor and at least take a look at this sci fi adventure series. Hey, do it for the creators who’ve put this labor of love out there for all to see. 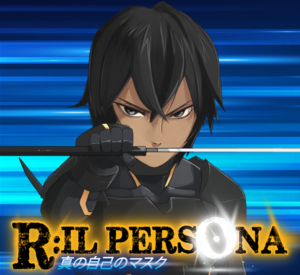 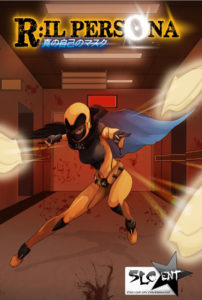 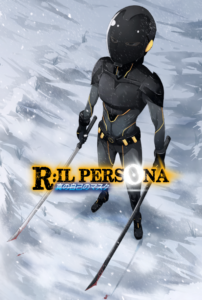