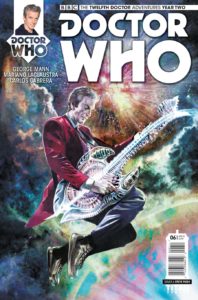 Just starting a new story arc for the Twelfth Doctor with this story arc, and now that Clara has gone he just drafts whomever he meets to help him. In other words, the Doctor as usual.

We saw him mourn Clara on the TV show, so I’m not surprised that she’s not really even mentioned in this book. One thing we know about the Doctor is that he doesn’t spend much time looking back once he’s turned to go forward. He’s at a rock concert on a 40th Century space habitat called “The Twist”. After the concert, he goes backstage to tell the band how great they are and what a fan he is. Oh, there might be a fugitive to save as well.

Experienced Doctor Who writer George Mann starts off this new arc with a real feeling for this Doctor, not just a caricature of all his quirks. He wasn’t just interesting with too many tics, he was someone that you’d follow to learn more about. The new companions for this arc are the kind sensible, yet adventurous people that the Doctor needs to keep him on an even keel. The world he created for them to play in is completely real in a fantastic way, and all of the inhabitants organic and regular in this very irregular place.

This is not Mariano LaClaustra’s first Doctor Who gig, nor likely his last. His likenesses of known characters is fantastic (ok, he only has ONE in this book, but done splendidly), and the introduced characters have interest beyond just what they say or wear. And what is UP with Jakob’s eye? No one ever mentions it, but I’m sure it will either be a plot point later, or it’s just there to make me wonder. Again, the world-building is a fantastic thing, even while familiar things (like a park, or kids at rock concerts with mohawks and tattoos) mix with the unfamiliar (living on a mobius strip in space).

Every time I read a new Doctor Who comic, I keep thinking THIS one is the best. Well, this one is starting off to be the best ever. Twelve is easy to get right – he’s outspoken with none of the flirtiness of his former selves, and yet he still assumes everyone wants to work with him, which they do. Really looking forward to more from this team and this story. 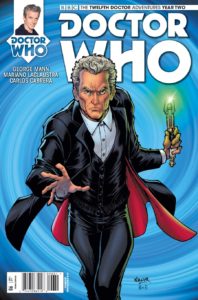 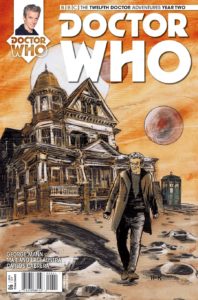 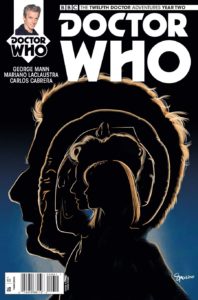 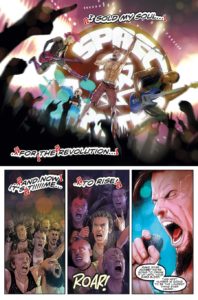 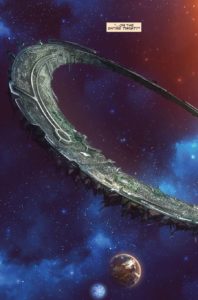 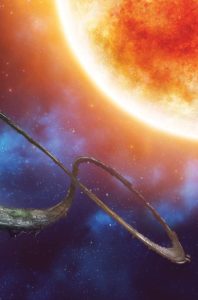