Tuesday, BOOM! Box, an imprint of BOOM! Studios, and DC Comics announced a Lumberjanes Gotham Academy crossover limited series, debuting in June. The announcement was made on The Village Voice.

The six-issue series will be written by Chynna Clugston-Flores (Blue Monday) and illustrated by Rosemary Valero-O’Connell (Lumberjanes). The main cover, revealed today, is illustrated by Mingjue Chen (Gotham Academy).  The crossover marks BOOM!‘s first-ever partnership with DC Comics, and also the first crossover to be produced directly by the publisher. Further details about the crossover and additional cover images will be revealed over the coming week. 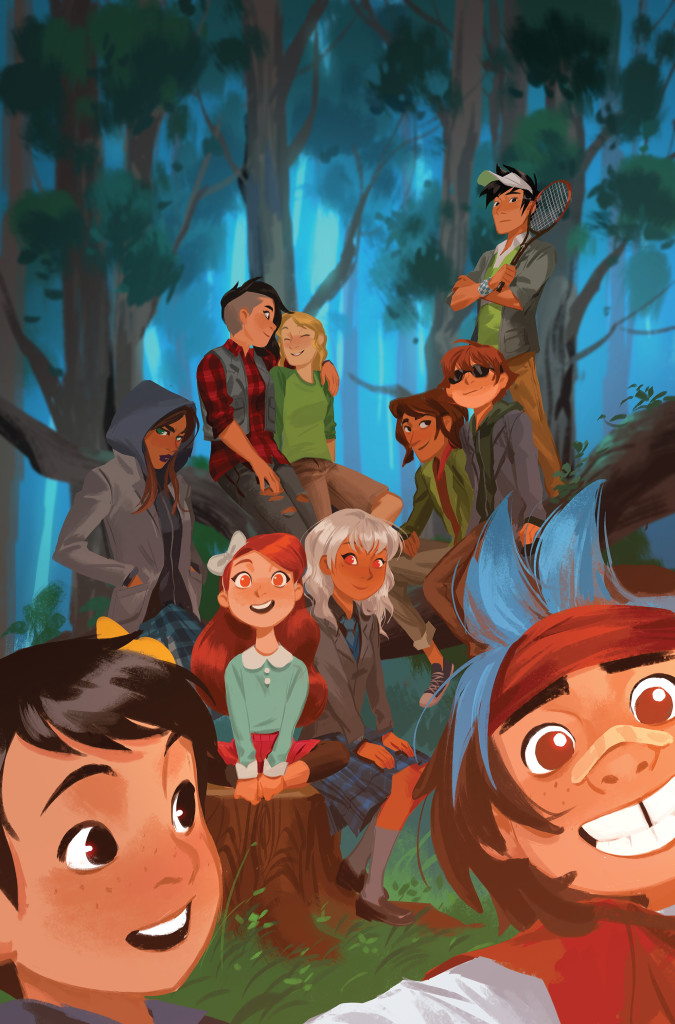