Eric here – I think while Marvel’s newest upcoming event sounds like it might be a Minority Report spin-off, it will certainly have it’s share of interesting moments (lots of good talent attached).  For me so far, the most exciting news has been the Return of Damage Control!

If you knew something bad was about to happen, would you stop it? How far would you go to prevent an uncertain future? The line in the sand has been drawn, and everyone must choose – do you stand with Iron Man, or with Captain Marvel? That question will be answered this June as heroes and villains across the Marvel Universe make their decision in CIVIL WAR II: CHOOSING SIDES #1 – debuting this June!

“We all grew up having those ‘Who’d win in a fight?’ arguments right?” asks Chad Bowers, speaking with Marvel.com. “I think what [this story does] is takes that same idea and ages it up a bit. It grounds the conflict in something ethical, and relatable. It reminds us that even though these guys are on the same teams, and they dress the same, they’re still individuals. It’s really Marvel storytelling at its best, because of how human it feels. ”

But that’s not all! Future issues of CIVIL WAR II: CHOOSING SIDES will feature Jessica Jones, Power Pack, the Punisher, War Machine and more! Those are just a taste of the characters whose lives are about to change. Will the fight to protect the future? Or battle to change tomorrow? Find out this June as Nick Fury, Damage Control and Night Thrasher choose their sides in CIVIL WAR II: CHOOSING SIDES #1!

For more on Civil War II: Choosing Sides, visit Marvel.com for an interview with Shalvey, Sims, Bowers and Romero! 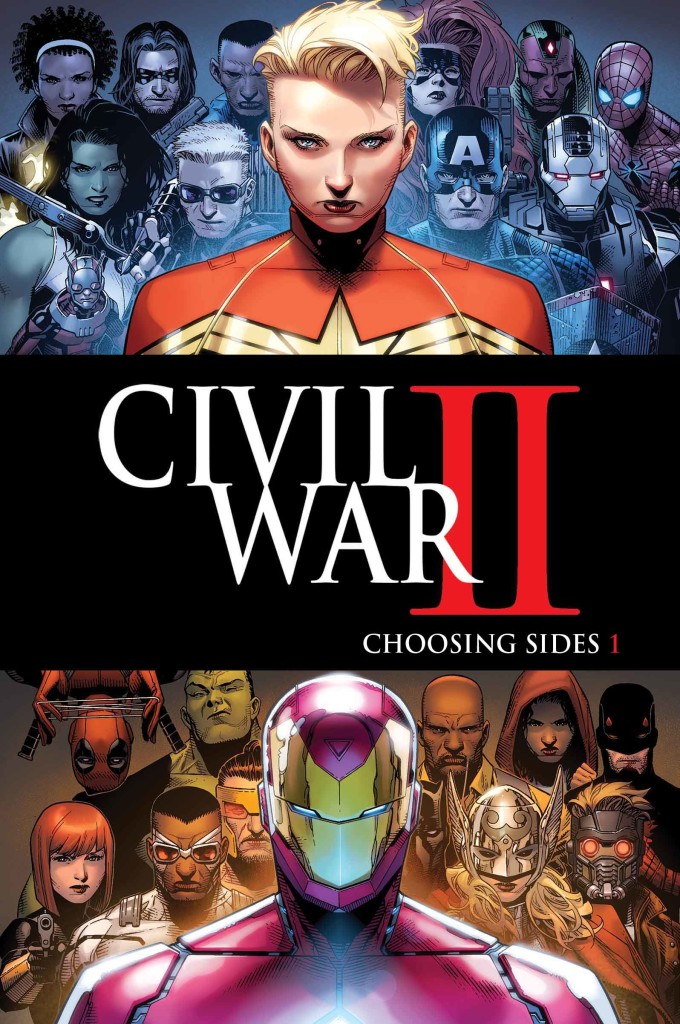