This is it! The moment you’ve been waiting for! Heroes from across the Marvel Universe converge on Pleasant Hill to face-off with an army of super villains! Today, Marvel is pleased to present your first look inside AVENGERS STANDOFF: ASSAULT ON PLEASANT HILL OMEGA #1 – the epic conclusion, brought to you by creators Nick Spencer and Daniel Acuna! S.H.I.E.L.D.’s clandestine secret prison Pleasant Hill lies in ruins. The villainous Baron Zemo and the super villain inmates of Pleasant Hill stand upon the verge of victory. Should S.H.I.E.L.D.’s reality-warping technology KOBIK fall into their hands, the Marvel Universe will bend to their will.

All that stands between them and total annihilation are a small band of Avengers. But who is that leading them? None other than the restored Steve Rogers! With the original Captain America at the helm, they just may stand a chance. And seeds sown here will set the stage for major things to come in the Marvel Universe! The return of Steve Rogers, the formation of the all-new Thunderbolts and more! The can’t-miss ending to Avengers: Standoff comes to comic shops and digital devices this April with AVENGERS STANDOFF: ASSAULT ON PLEASANT HILL OMEGA #1! 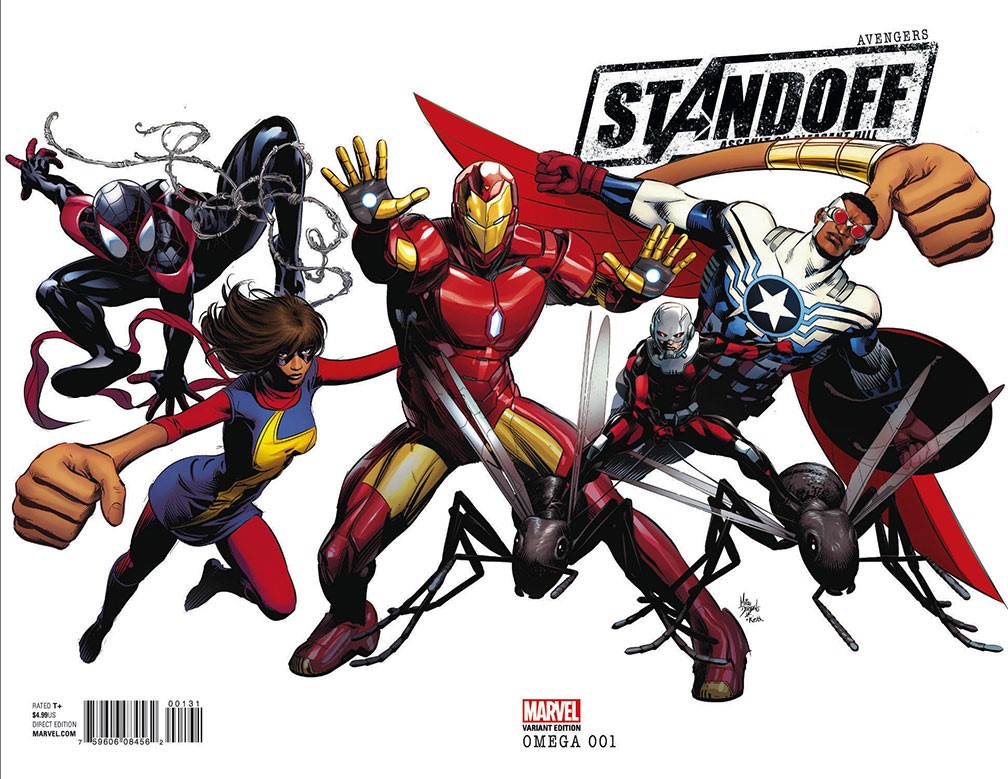 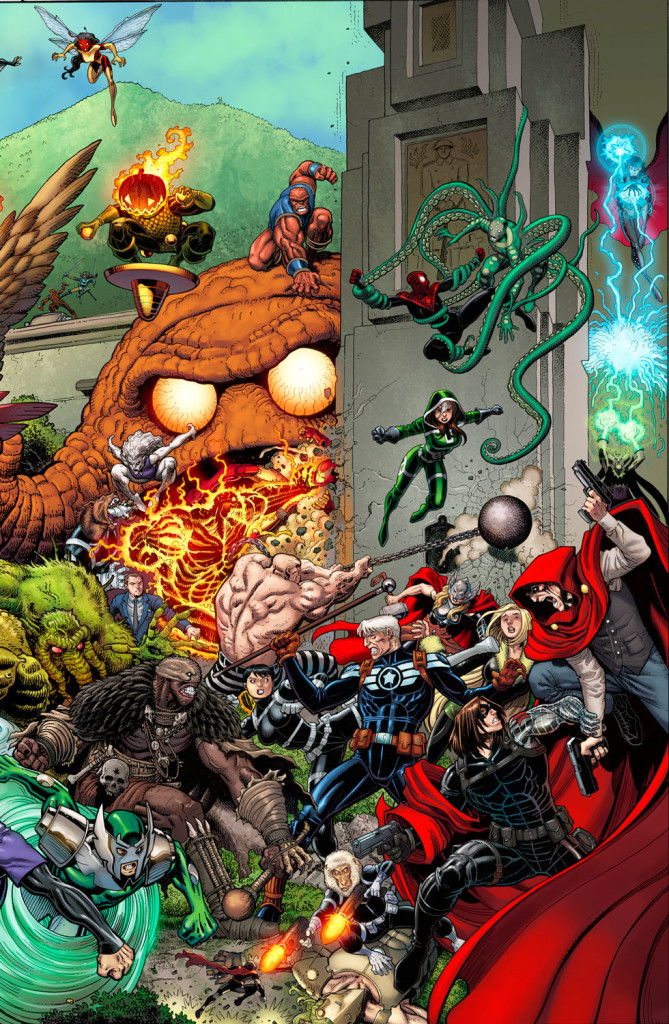 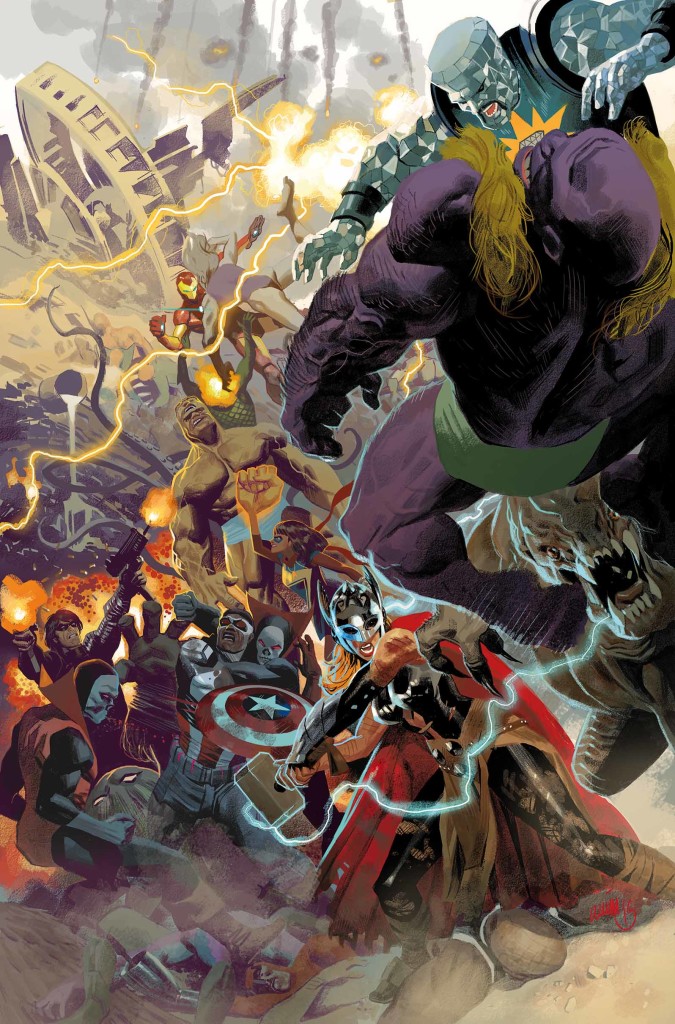 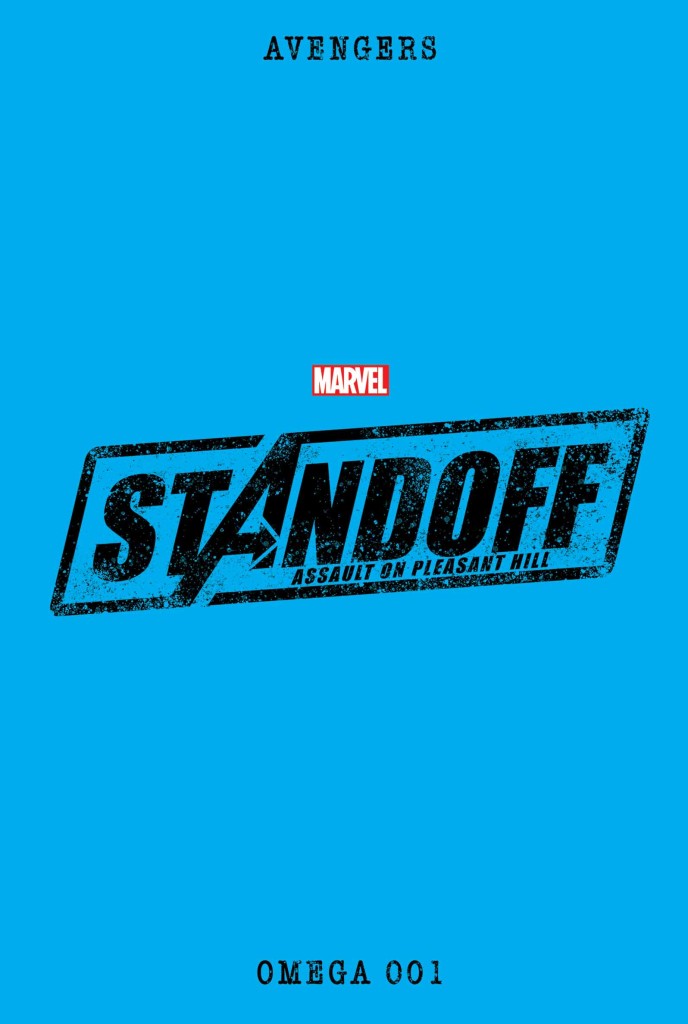 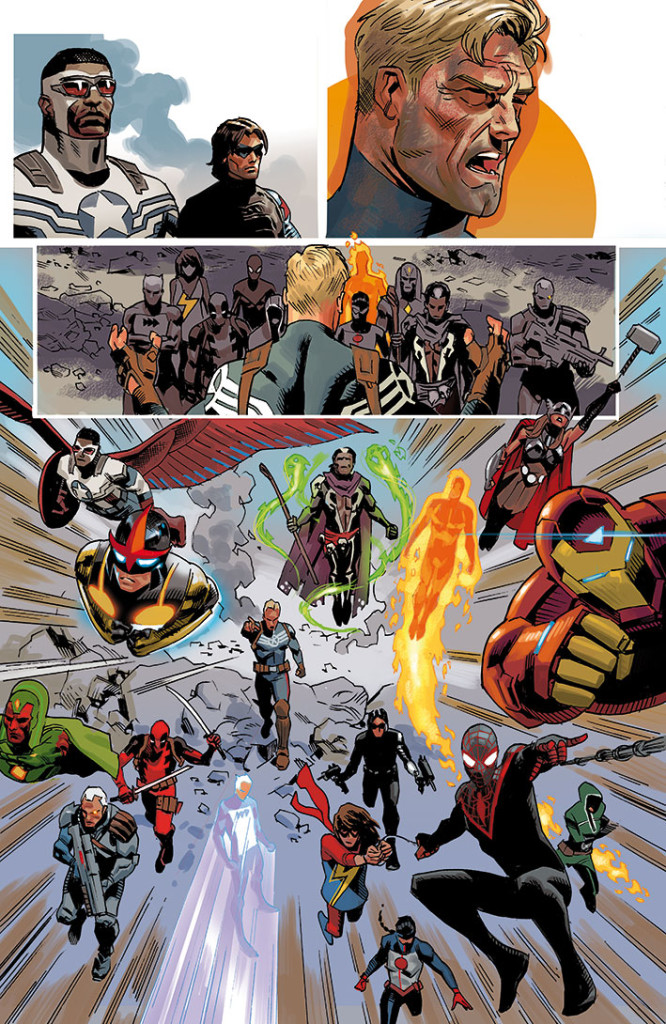 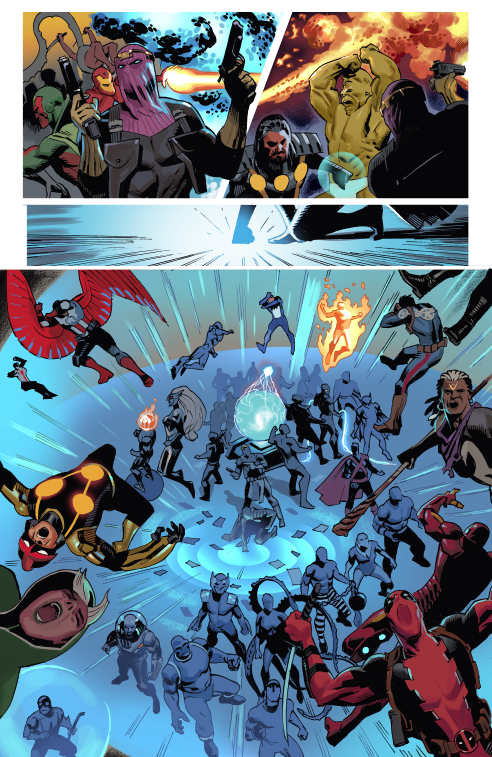 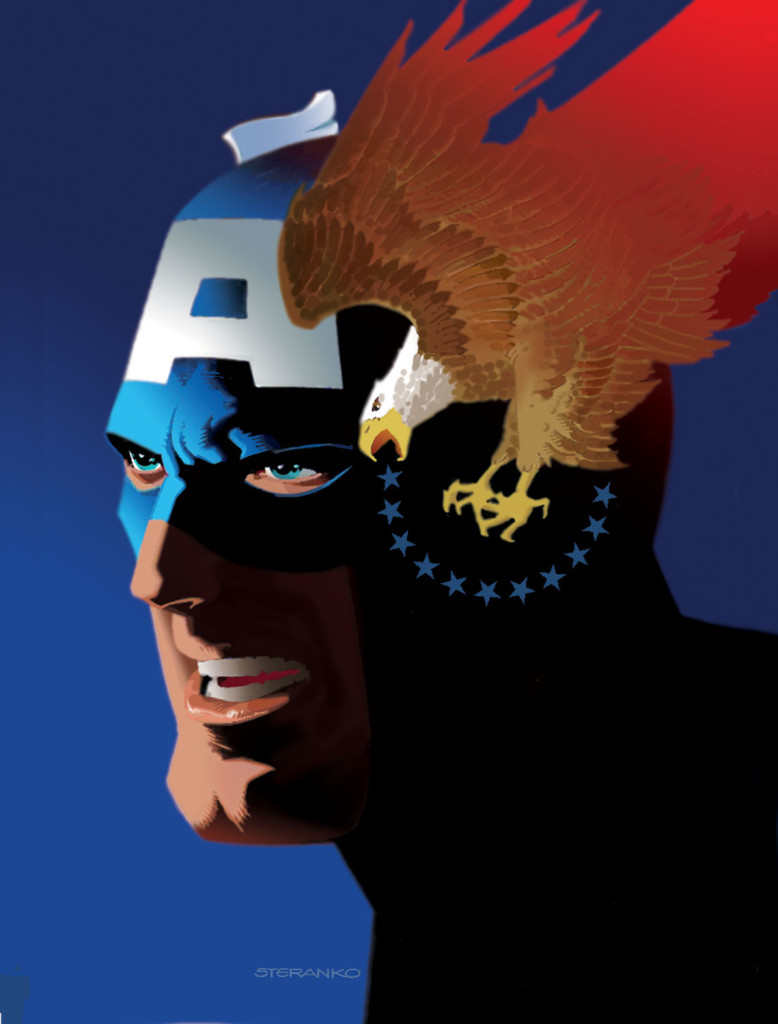